Minecraft Earth is based on the solutions known from the vanilla version of Minecraft, but only to a limited extent. The next section will tell you what aspects of the game have been simplified and how the augmented reality is used.

The gameplay is divided into three modes - collecting materials, building and adventure. Each of them has been described in detail in separate chapters. 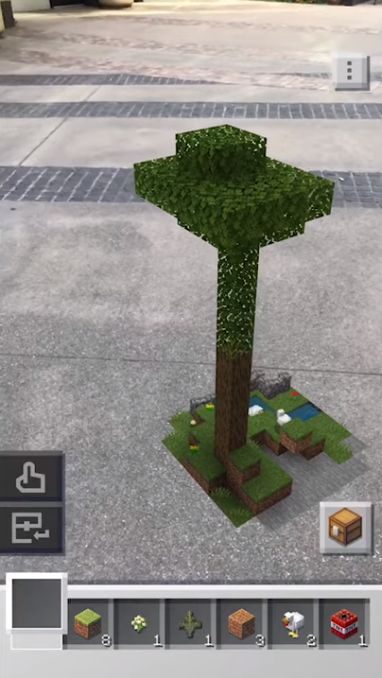 The production uses camera phones to transfer the world of Minecraft into reality. Thanks to this design, the style known from the classic version of the game is maintained, whilst mixing it with real architecture. The whole gameplay is focused largely on construction, and the functionalities from the core game include crafting, resource gathering, equipment, or combat. The name also introduced parameters of hunger and health. They determine your condition and how far you can get from your current location.

You can build on special construction plates of different sizes and types which represent different environments. You will unlock them as you advance to the next level of your character. You may place them on any flat surface or territory. The construction of these zones, however, requires an appropriate amount of raw materials. Their acquisition is possible only during the exploration of the world. This requires you to leave the house and go on a search. These materials will be available at specific locations that are associated with the given raw material.

Collecting all resources in a given area doesn't mean that there is no point in returning to that place. Resources get renewed after certain period of time.

Unlike Pokémon Go, all these points will be superimposed manually to avoid possible errors. When you collect resources, the world which you can see on the screen of your phone is shown in a Minecraft style. 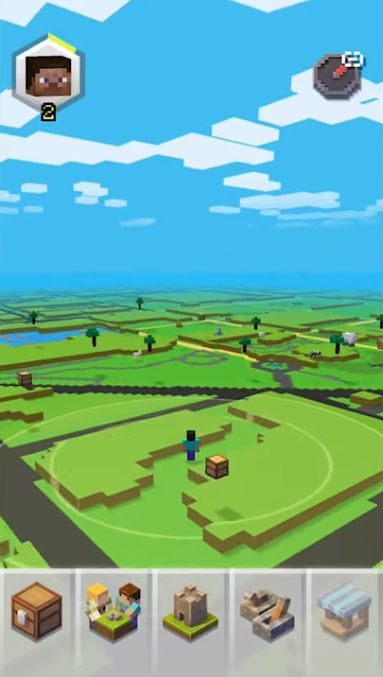 Of course, every construction can be disassembled. Then you will receive a refund of the raw materials which you have used to build it.

Minecraft Earth also has a test system called adventure. In this case, building various structures and objects becomes a secondary objective. Instead of such construction related activities you will explore already crafted levels and take part in battles with enemies known from original Minecraft.In these places, you will get certain goals that need to be completed to successfully conclude the whole task. Their implementation is profitable, as it allows you to quickly gain experience and building materials.

This site is not associated with and/or endorsed by the Xbox Game Studios / Microsoft Studios or Mojang AB. All logos and images are copyrighted by their respective owners.