Minecraft Earth is the latest production of Mojang Studio, franchised by one of the most recognizable brands in the world. It uses solutions known from the original game, and uses smartphones to make them a new reality. This Guided is a compendium of knowledge related to this title.

The FAQ section is one of the key chapters of this guide, which provides answers to questions that may arise during your adventure. Among other things, you'll learn how the crafting system works and how to get the game's virtual currency - Rubies. Also, we have prepared valuable starting tips for casual players (beginners to Minecraft franchise) and a detailed description of in-game user interface.

The second part of the guide includes an overview of the available game modes. You'll learn how to play in the build & map mode and get some valuable information about main features of adventure mode.

When the game will be available?

At this moment, the release date of the full version still remains unknown. Instead, everyone can download and play the early access version - just download it via Google Play or App Store.

How does Minecraft Earth work?

Minecraft Earth uses the augmented reality technology. This means that the real world is intertwined with the fictional. The Azure data computing system developed by Microsoft takes in data from Open Street Maps, processes it and applies to it elements known from the classic Minecraft.

It was also made sure that the objects on the screen were "compatible" with the real world. This means that if you will be, for example, in a park, Minecraft Earth will display objects such as trees.

On what device can I play Minecraft Earth?

Minecraft Earth is a game designed for mobile devices. To run the title, you need to have at least Android 7.0 or iOS 10.

Will Minecraft Earth will be localized?

Are there microtransactions in Minecraft Earth?

Minecraft Earth is a game that will feature a free-to-play model. The game can be enjoyed without any additional money spent. The game will feature microtransations, though.

Optional payments within the game are based on a new currency - the Rubies - which can be earned by completing quests or bought for real money. They will work regardless of the Minecoins used to pay in the vanilla version of Minecraft. The game will not offer lootboxes.

In which scale the action takes place?

By default, the game is played with a reduced scale, which allows you to build freely. However, you may change the size of created structures as it was implemented in this game. Thanks to this, you can turn the surrounding reality into the world of Minecraft. Each of these versions is completely interactive. 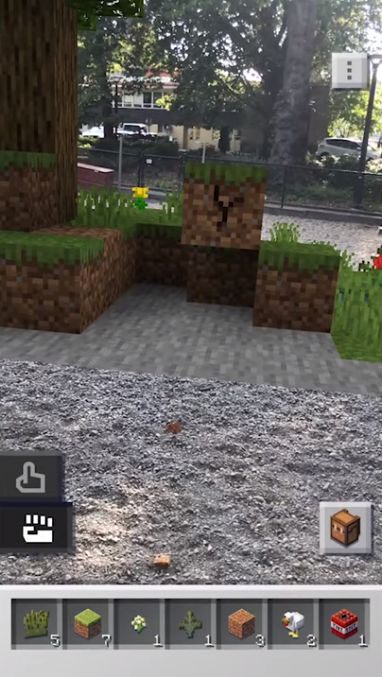 Minecraft Earth has implemented a similar interface to the original version of the hit by Mojang studios. It includes features that make it easier to play on your smartphone, such as buttons to switch between interactive mode and demolition mode.

In addition, Minecraft Earth also features a map of the area you're in, in the brand's own style. It's used to collect raw materials required to craft and build things.

A Year Without Games? 2021 May Be Year of Unprecedented Delays

The apocalypse of shifting release dates predicted for 2020 didn't arrive. But it seems it was... postponed just as well. Here, we take a look at what looks like a coming year of unprecedented delays of video game releases.

This site is not associated with and/or endorsed by the Xbox Game Studios / Microsoft Studios or Mojang AB. All logos and images are copyrighted by their respective owners.