On this page of our game guide to Minecraft Dungeons you will find a description of the final boss fight - Arch-Illager. You will encounter this opponent by completing tasks on Obsidian Pinnacle map. 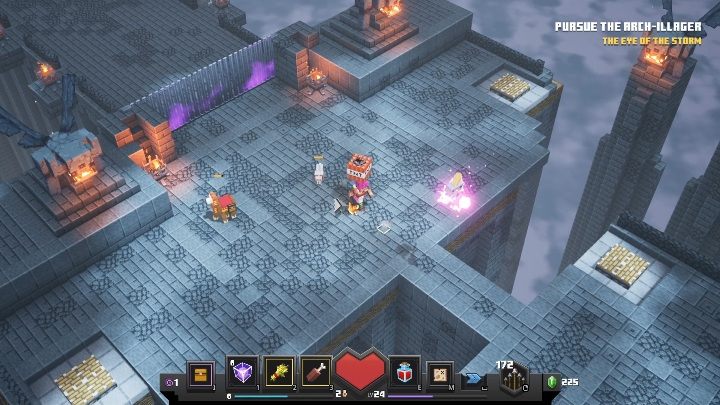 Currently, he's the strongest opponent in the game. During combat, he has two phases. Your task is to defeat both of them in order to complete the main storyline of Minecraft Dungeons. Defeat the Arch-Illager at the lowest difficulty level to unlock access to the adventure level.

However, it is also one of the few maps from which you cannot escape during the fight. 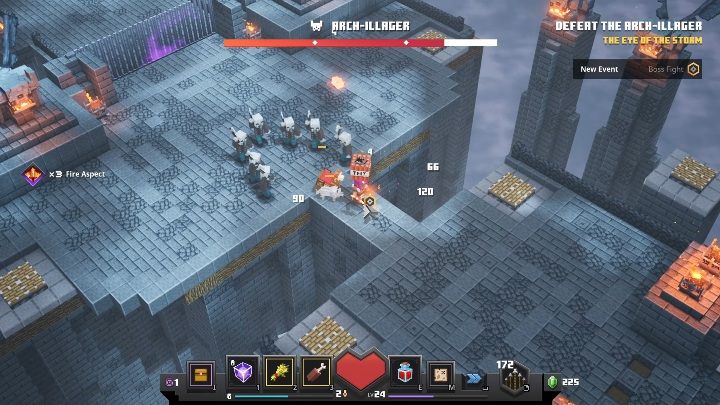 The first form of Arch-Illager is not that hard to defeat. Your opponent is small, but he summons hordes of monsters. Try to eliminate them right away so you won't put yourself at risk of additional injury. 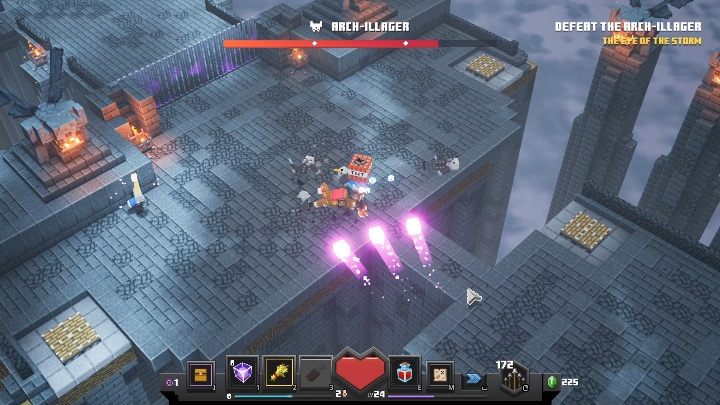 Another attack of Arch-Illager are three pink projectiles. You can avoid them by using roll feature or by hiding behind any cover. 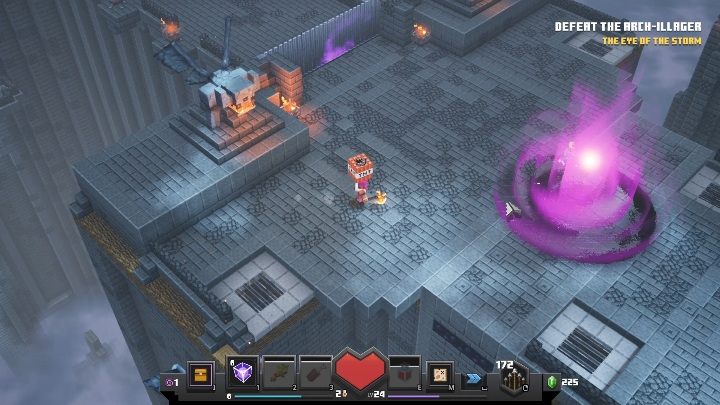 After defeating the easier enemy phase, it's time for a real challenge. You have to be very careful and avoid his attacks at all costs. Don't get hit! Every blow and strike of Arch-Illager is deadly. 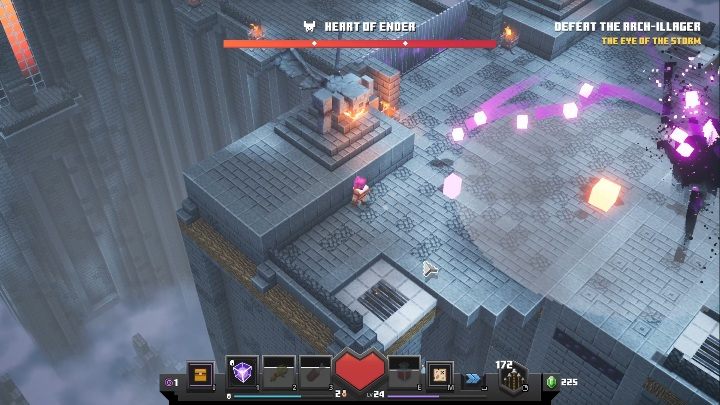 Let's start with the first attack - exploding missiles. Heart of Ender launches a series of missiles which explode a few seconds after the hit the target and leave a fiery trail. This attack is quite easy to avoid, just move away and wait for a while. Start your attack only after the explosion. 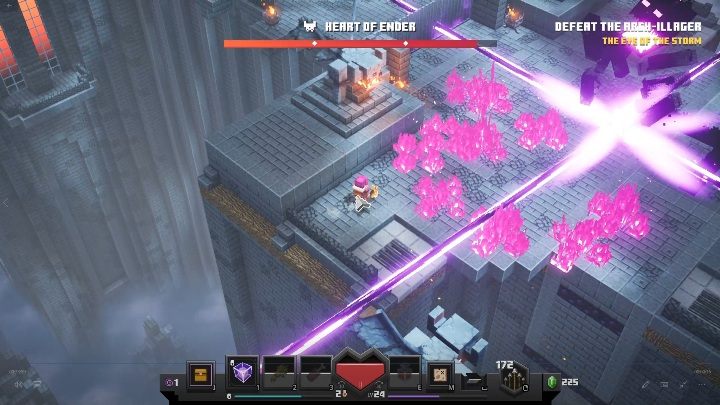 The next attack are the purple rays. Don't try to jump through them. Run in accordance with the moving rays and wait for them to disappear. Along the way, watch out for traps, fire and anything that might stop you. 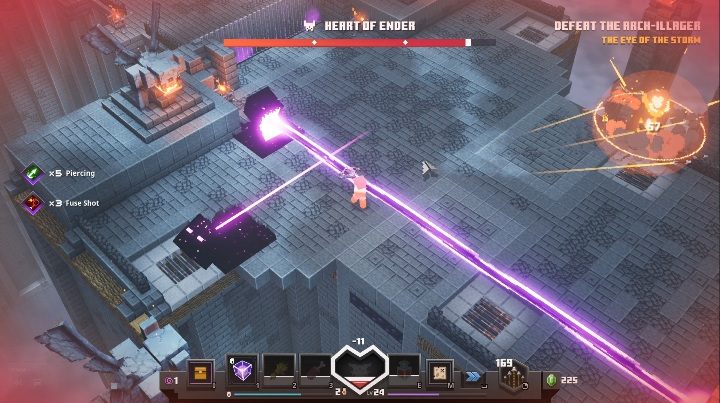 The penultimate attack of the boss are laser turrets. He sets them up in different parts of the map. They shoot in a straight line with such a powerful laser that one hit will take out your whole HP. Run away as soon as you spot a turret that is charging up to shoot. 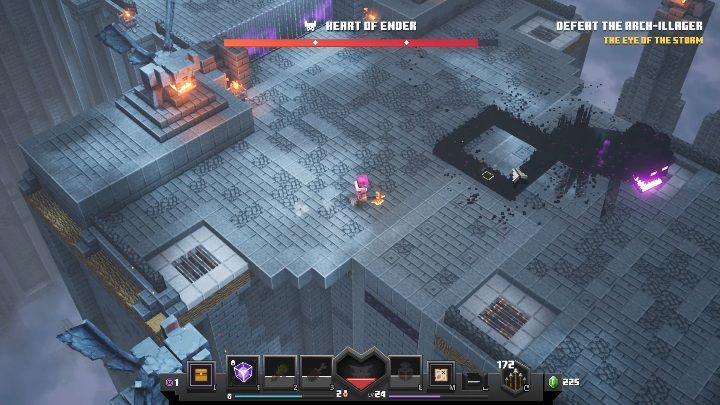 The last attack consists in spawning black spots - you will lose a lot of health points if you step on them.