On this page of our game guide to Minecraft Dungeons we have described a boss fight - Redstone Golem. You will come across this opponent by completing tasks on a Redstone Mines map. 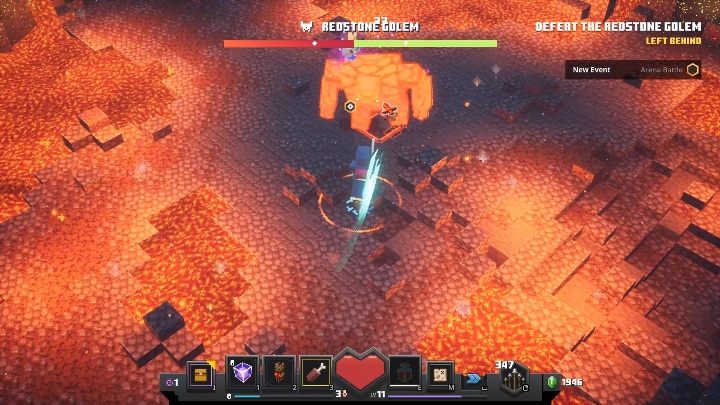 At the end of this map, Arch-illager will appear on your path to summon the next boss. This time it will be a Redstone Golem. 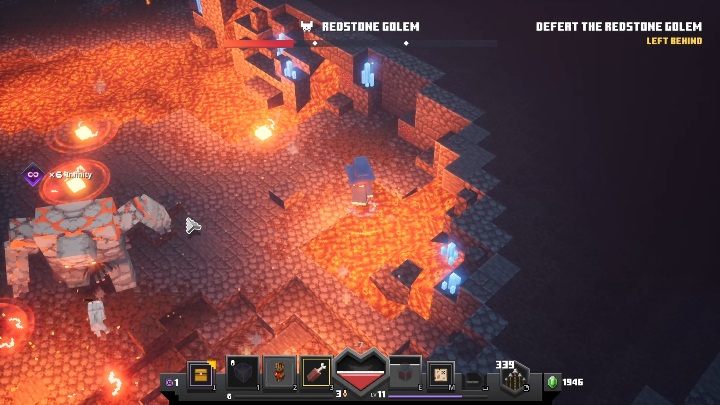 You can move through the whole arena but keep in mind that most parts of it are covered in lava. Remember that if you fall into lava, you could lose a lot of health points. 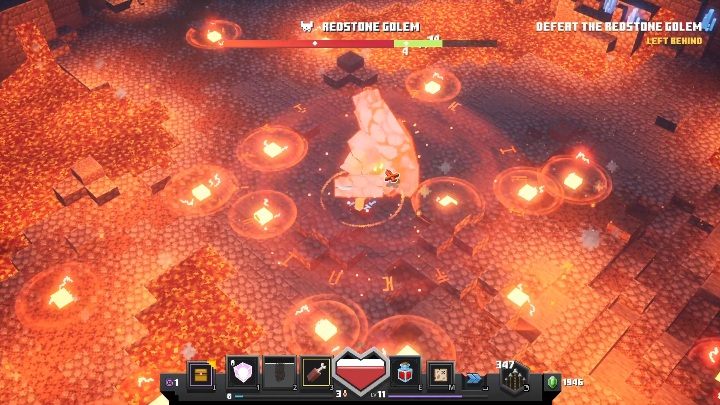 A great way to start the battle with this opponent is to get close to him quickly and inflict a lot of damage before he wakes up. Use a melee weapon to do so. 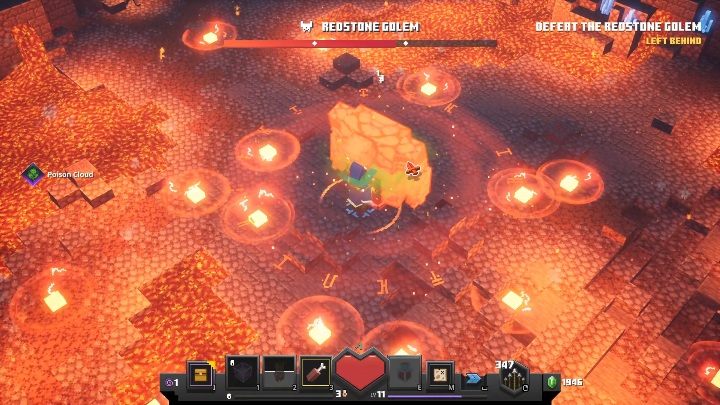 Fiery circles may appear around your opponent, which can cause a lot of damage. Try to avoid them at all costs in order not to lose your health. 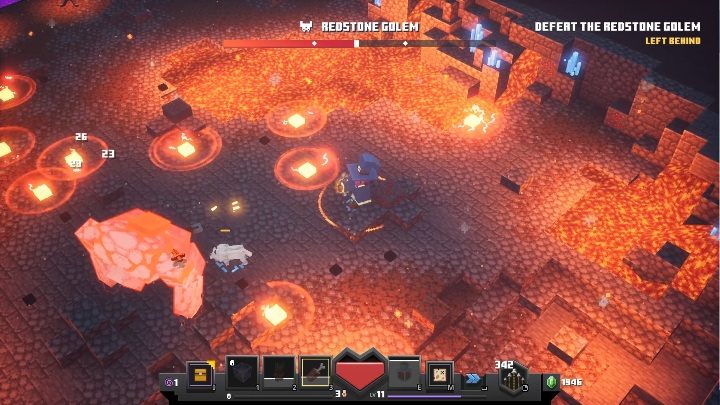 This boss is very slow. You can attack him from behind - shoot a dozen of arrows at the enemy. This way you'll deprive him of a lot of HP. Additionally, he won't be able to hurt you in any way. 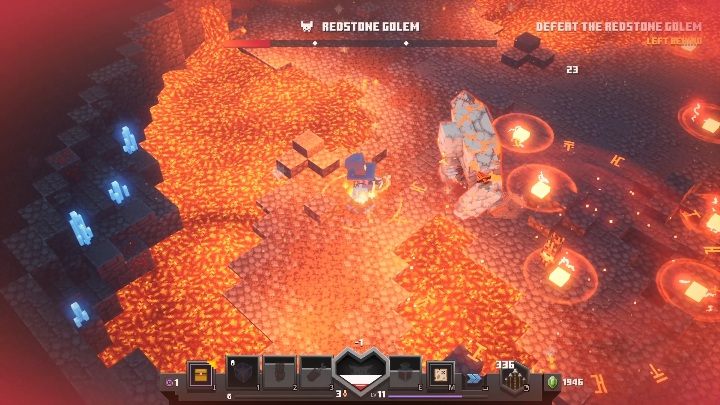