Heroes of Might and Magic is the one of the most famous and most interesting cycle in a history of computer games. Generations of players were raised by next parts of this legend - until now, many of them remember epic battles, beautiful landscapes and their powerful, unbeaten heroes. So it's hard to be surprised, that this series has many of fans, waiting for the next episodes of the story.

Might & Magic: Heroes VI introduces many new things into the series - those little ones, and those huge also. Amount of changes and simplifications reversed Heroes interface - it's become more clearer. Paradoxically, many fans of previous parts could feel a little lost.

Guide is made not only for veterans, but also for the beginning gamers. Any user, no matter how (not)experienced, will find here a piece of advices, which helps him win every battle and campaign.

Prologue - extensive describe of the prologue with all quests and alternative solutions.

Cities - their types and possibility of development, connections between buildings, converting them and suggested path of progress.

Unites - recrutation and balancing between them, optimalising using common pool of an army.

Resources - their types and usefulness, from where get them and how spent, looting and sabotaging mines, areas of control.

Buildings on the world map - list of all objects we can find during traveling through the Ashan. 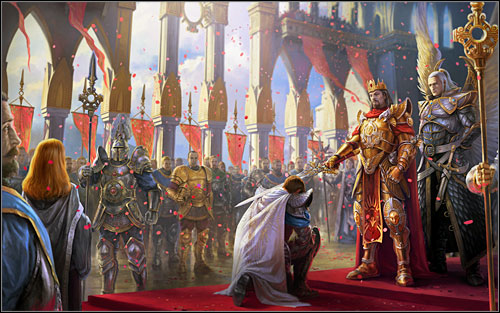 For user's comfort, we used many colors:

References to maps are marked in such way: (Mx, y), where x is for a map number and y position on it. So denomination (M3, 2) tells, that on the third map you have to go to the place with number 2.

Games That Burried Their Dev Teams

Video games can be a real bonanza, or spectacular flops. Some of them fail so badly, though, that they bring doom to entire dev teams. Here are 13 such cases.

This site is not associated with and/or endorsed by the Ubisoft or Black Hole Games. All logos and images are copyrighted by their respective owners.