In this chapter of our Flight Simulator 2020 game guide we describe the layout of the onboard instruments in the "glass" cockpit, that is, based on multi-function displays and computer visualization of flight parameters. 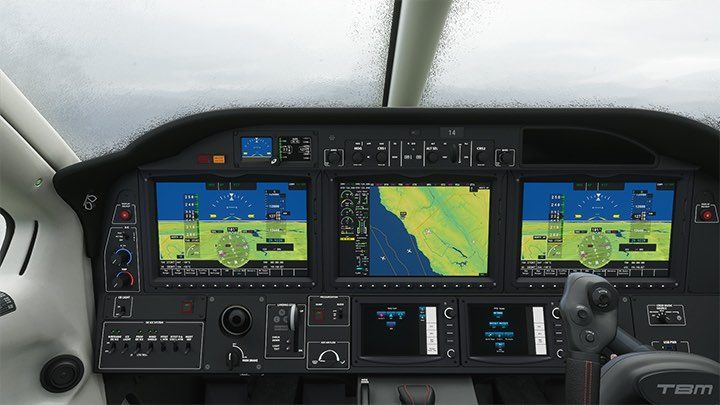 There are no analog gauges in the modern "glass" cockpits, only multifunctional screens. They can be touch-screens or display screens equipped with buttons around them.

The glass cockpit in Flight Simulator 2020 is mainly based on a simulation of Garmin devices and two 10.4-inch screens. In is slightly different in various planes and offers different functionality. However, the basic elements involved in displaying the flight parameters are the same in every plane. These devices show most of the traditional analog gauges and indicators on a single screen.

The system also visualizes the terrain in front of the aircraft. During the flight, it models hills and mountains, and even runways with taxiways.

By default, the system consists of two screens: 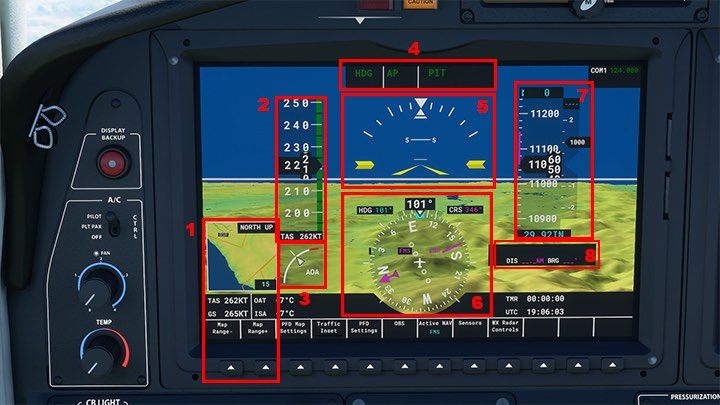 1 - GPS map. The buttons at the bottom change the scale of the map. TAS (True Air Speed) and GS (Ground Speed) are also shown in the screen.

3 - Angle of Attack, that is, the angle of wing inclination relative to the air flowing around them.

4 - Autopilot Modes. It shows which modes the autopilot is currently in. Check the Autopilot chapter of our guide to find out more about this system.

6 - Horizontal Situation Indicator - an extended version of the Compass Rose. In addition to the compass function, it shows the current course of the aircraft (heading) in large white digits. HDG (Heading bug) - course set for the Autopilot mode. CRS (course) - course to the nearest GPS navigation point from the flight plan or VOR radio station.

7 - Altitude Indicator - shows the current altitude above sea level in feet. The blue value below (29.92 IN) is the current pressure that has to be adjusted accordingly to the location. This information is usually provided by the ATC controller.

8 - Distance and course to the current GPS navigation point. 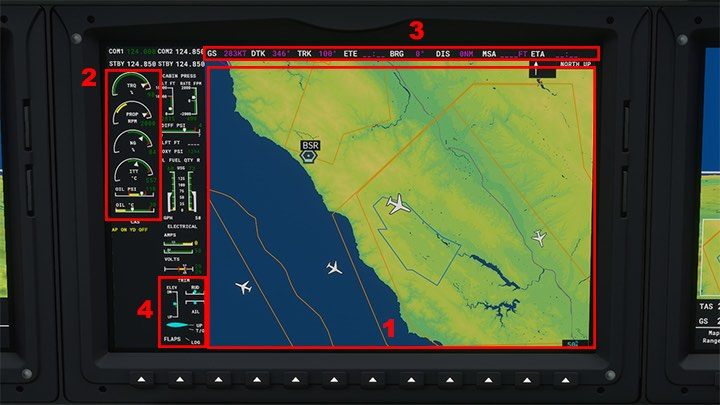 On the second screen, weather radar can be displayed instead of a map. It shows the location of the clouds and their type. The redder the field, the worse the weather conditions get. To change the mode from the map to a weather radar you can either use a touch panel below or buttons under the display screen depending on the screen and plane model. 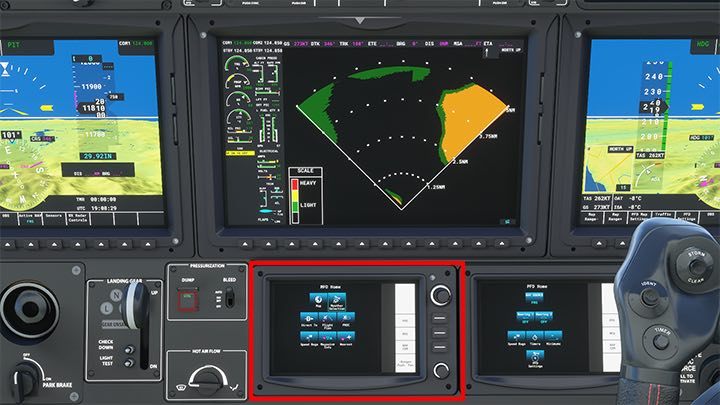 Differences in other models

The main PFD screen can be surrounded by buttons on the sides. They are mainly used to operate Autopilot and radio. This is the case with the Cessna 172.

The scale of the map and many other parameters can be controlled there with appropriate knobs, which can also be pressed. Knobs typically work on three levels: lower (wider), upper (narrower), and as a push button. Their functions depend on the current screen mode. Note that many planes have the secondary analog gauges of the main flight parameters. 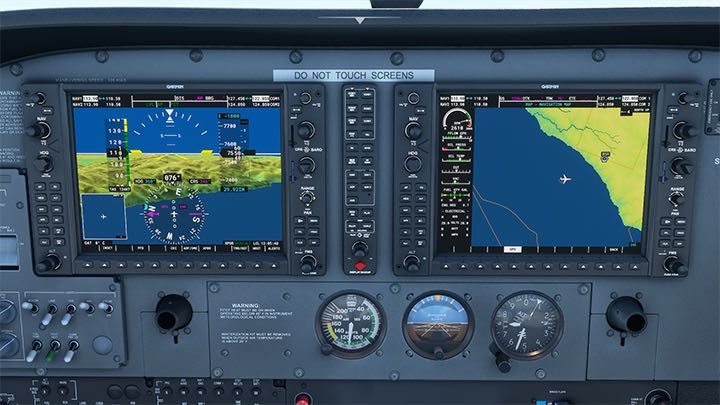 In large, older passenger planes, the cockpit looks even more different. In a Boeing 747, there are several small screens, the largest of which show the state of the engines and fuel. However, just in front of the pilot's seat there are some familiar-looking indicators available. 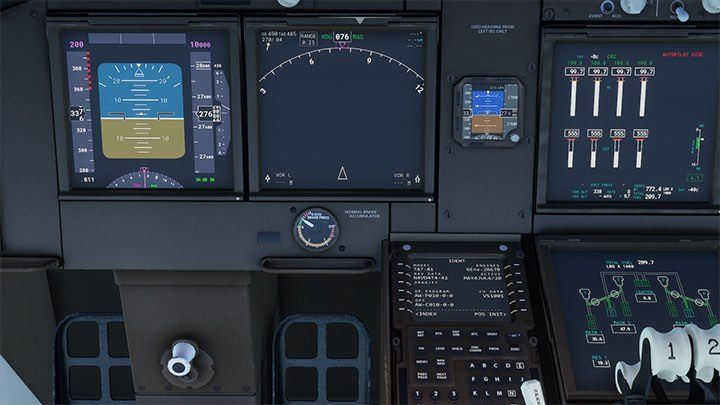