This part of the Microsoft Flight Simulator game guide describes the process of landing a plane with the activated assist which visualizes the proper approach path. We present all the steps necessary to safely land a plane.

As part of the learning, we will benefit from a very well-executed assist - visualization of the approach path. You'll find it in facilitations and further, navigational aids.

If the descent stage went well, you , you should now be less than 3 miles from the runway, fly at about 1,000 feet above the ground (according to the difference between the location of the airport and the altimeter) and at no higher speed than 60 knots. Also, you should have retracted flaps.

1 - if the AI did not work, you must ask for permission to land - only then will the system display the approach path. Press the Scroll Lock button to activate the communication menu. Select the following items one by one: 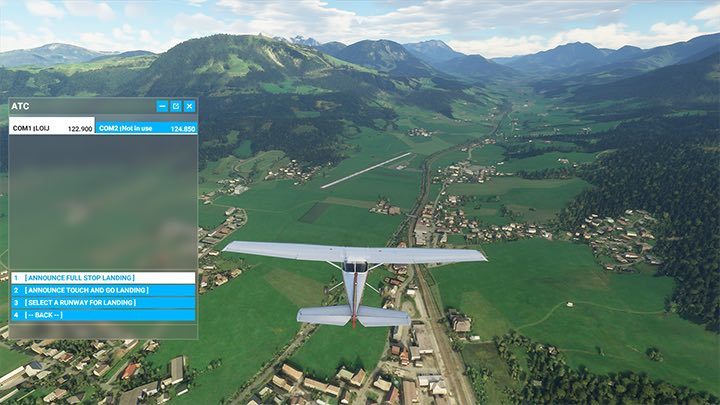 2 - if the airport is small and has no tower control, you will not hear any response or consent. This is not a mistake of the game. If everything went OK, there should be an approach path. Try landing at different airports by observing the paths. Over time, you'll learn the right approach to timing. 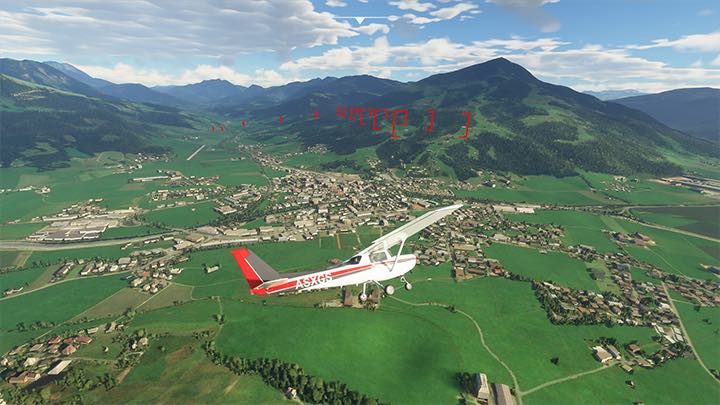 1 - steer so that you fly into a virtual gate tunnel Constantly adjust the engine power and even the trim to fly at a right track at 60 knots without much effort. The flaps should be at least half - forward, and if you're in another plane, release the landing gear (G). 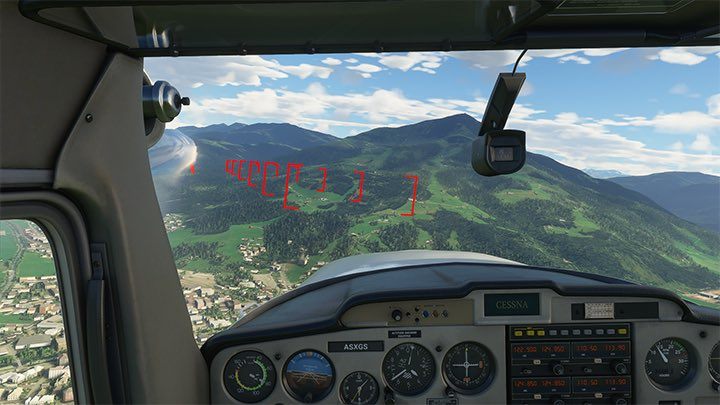 2 - Red gate color means you are too low, too high or flying too fast. Make the necessary adjustments. 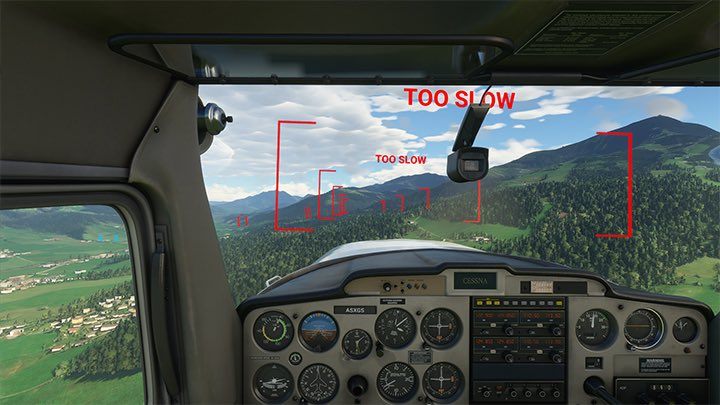 3 - when flying properly, the gates are blue. 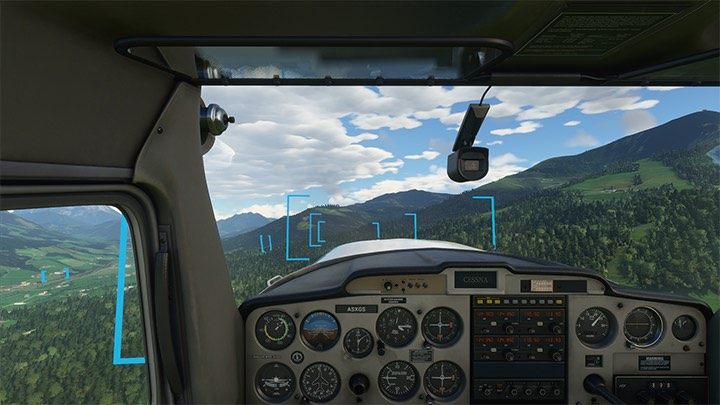 Sometimes, small steering errors, a gust of wind or inexperience will make you fly either too low, too high, or turn to the side.

Remember that as long as you're not flying on fumes, any approach to landing can be aborted. It's better to circle the airport five times than crash. Become a real pilot. Don't try to land at all costs. When things look bad, give the engine full power and lift the machine. Do a circle and come again.

In the example below, you can see an approach that is starting to look bad - the plane is a bit too far to the left. After a while, it was clear there was nothing to be done. Full power and up - do not risk damaging the machine! 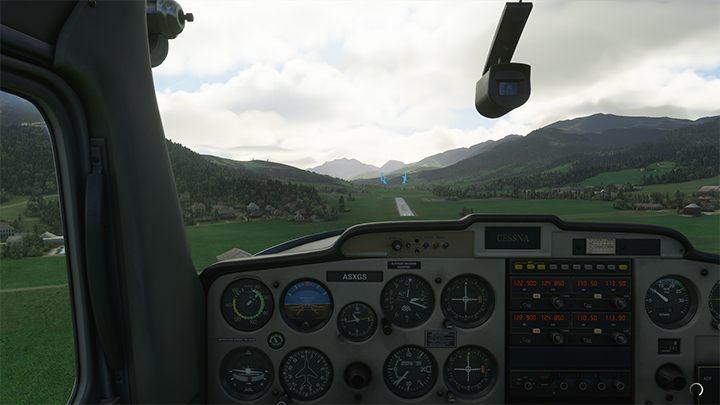 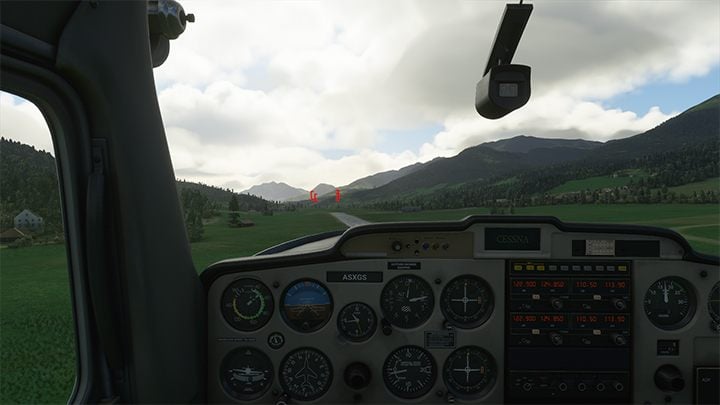 1 - with the correct approach, everything should look more or less like this: you're flying evenly on a runway course at about 50 knots, flaps extended to full. You constantly control engine power, which can vary from minimal to almost full - the most important thing is to maintain a steady descent and a speed of 50 knots. 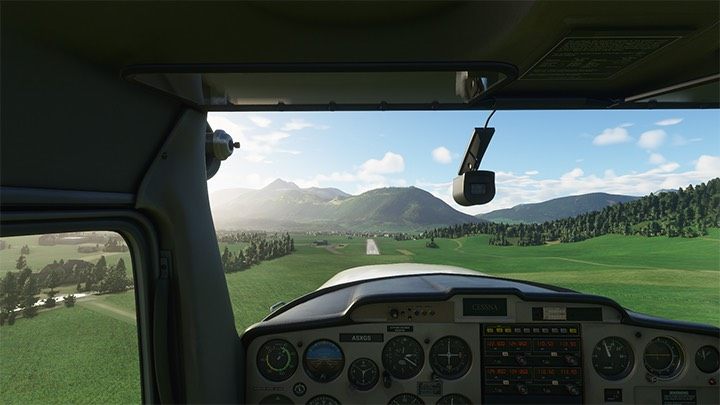 2 - Aim the plane's nose at the beginning of the runway and keep the plane on this course. Don't worry if it doesn't come out at first. It's one of the most difficult tasks in flying and requires practice. 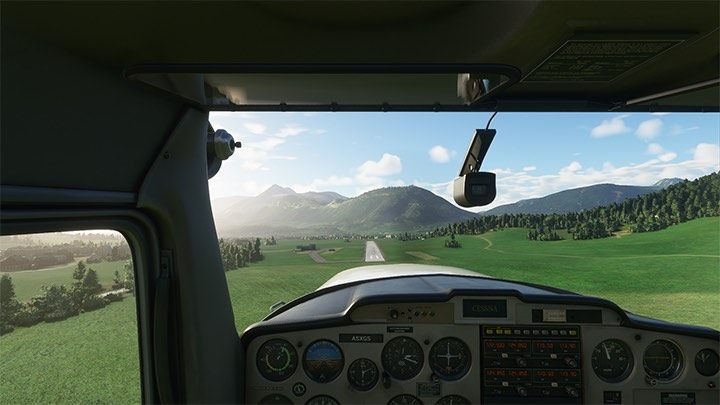 3 - just before the lane, reduce the engine power (idle). From that point on, you should be able to glide. 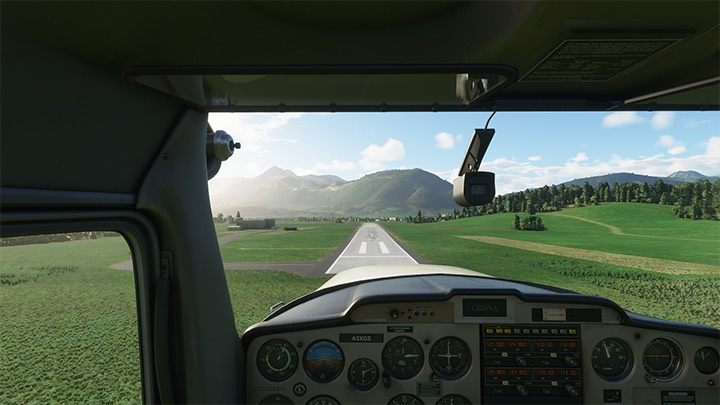 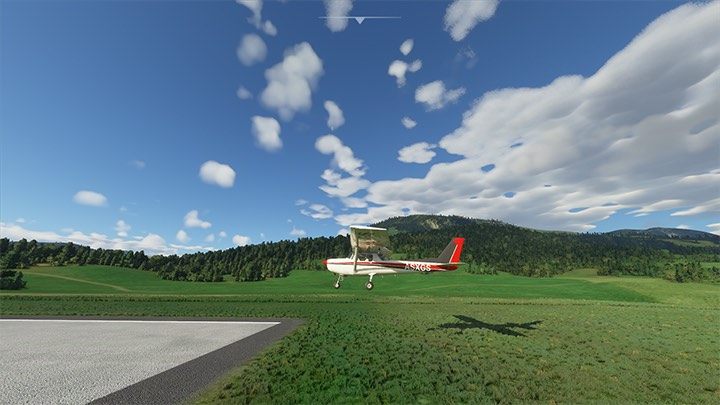 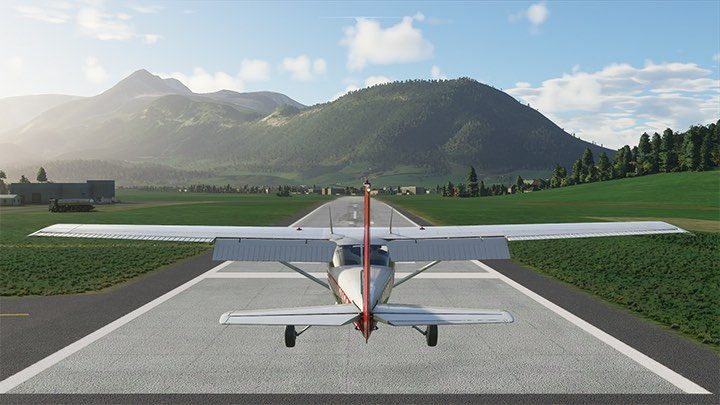 4 - when flying an aircraft with landing gear in front, on the nose - you must perform a light flare moments before touchdown, i.e. lift the nose so that the main rear landing gear touches the belt first. You can then hear the drag buzzer - a signal that the speed is dropping below 50 and the plane is losing its power. Don't worry - if you're low enough, the landing will be even more smooth and gentle.

Remember, however, that the flare can't be too big, because then you'll hit the tarmac with your tail! 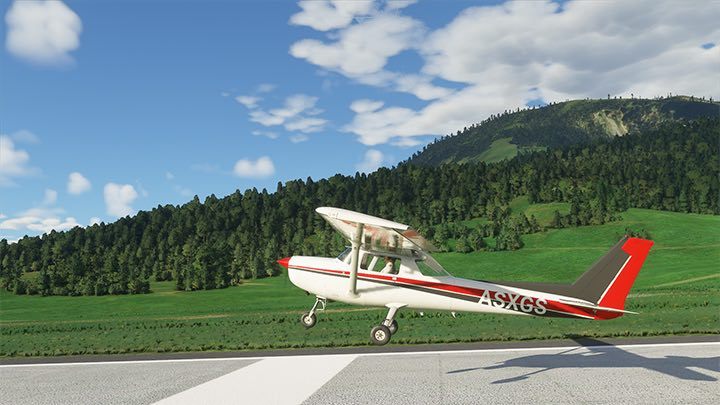 5 - do not make any sudden moves with the steer. Glide evenly over the runway until at some point you hear a clap- a signal that the plane has "sat" on the runway. Congratulations - you landed safe and sound. Activate wheel brakes to slow down to taxiing speed. 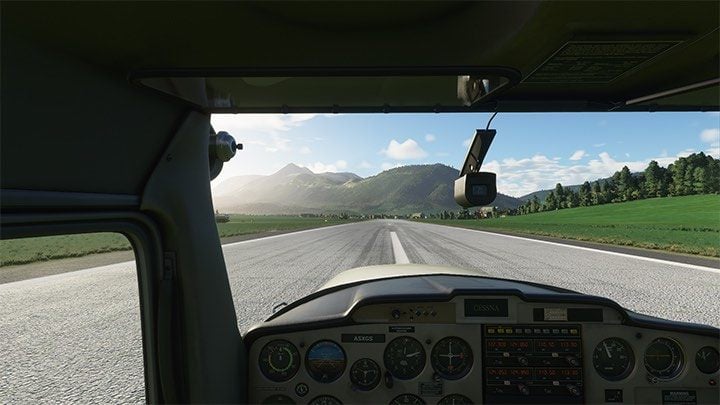 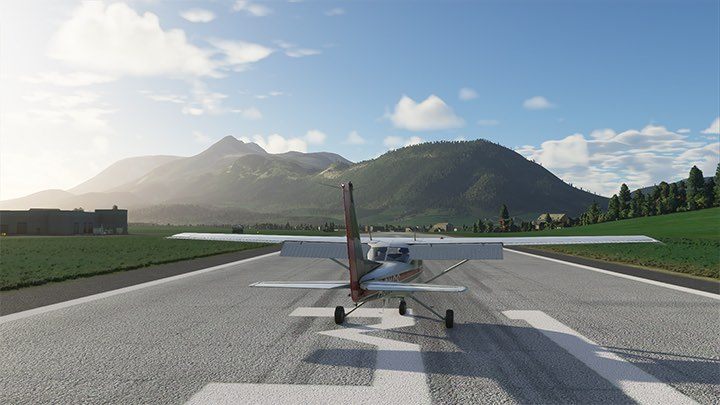