This chapter of our game guide to Microsoft Flight Simulator describes the difficulty levels available in the game. We explain what options affect the level of flight realism or what types of facilities or assists can be used to make your flights easier.

Microsoft Flight Simulator is a hardcore flight simulator, but the number of assists it offers makes flying very accessible for beginners and casual players. With such rich selection of options, the gameplay can be adjusted to your requirements in the smallest detail. Thus, you can subsequently disable individual assists over time. 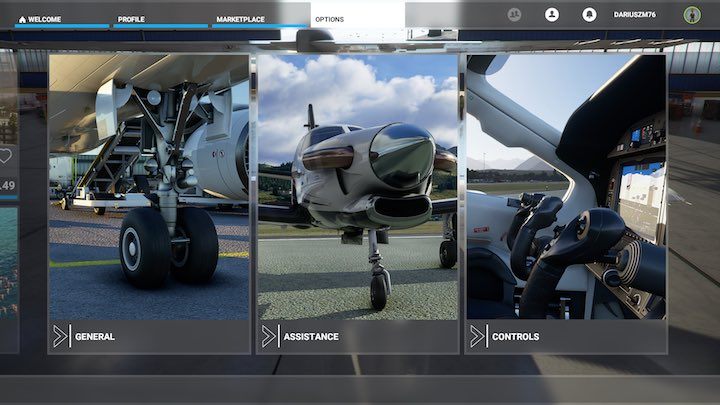 The only drawback here is the strange division of difficulty level settings into three different places and screens. You can find some difficulty options in General settings, but most of the options are available in the Assistance settings and the rest is available in the Toolbar during flight. At any point in the game you can change your choice and experiment with different settings. Below, we provide some hints on where to look and how a particular option affects the gameplay.

The main category of settings, that is, General options, includes only elements related to the flight model. They are in the special Flight Model Tab and contain several options to choose from.

However, in order to change them, we have to set the Legacy option of the flight model. When you set the flight model to the Modern option, then you will enable the full realism in 100% and various attractions prepared for the needs of the latest edition. For example, the behavior of the aircraft may change due to the air streams flowing near high peaks of the world. 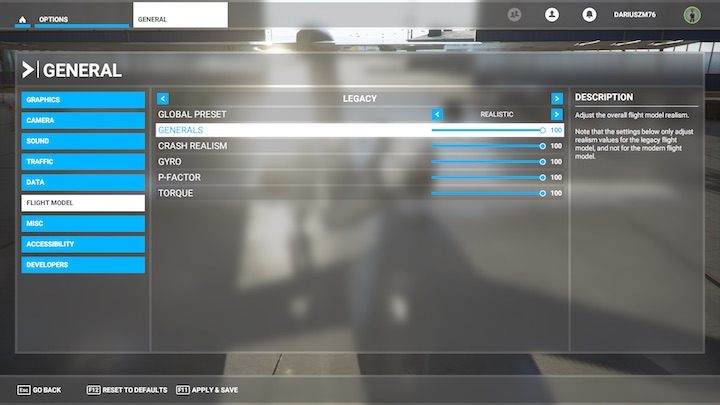 Only by using the traditional settings, you may change the individual elements of the flight. The simplest way is to use the global settings and change all available options to FSX (easy), intermediate, or realistic. Instead, you can customize each slider independently.

The overall level of realism of the flight model.

The degree of damage during emergency landings and the strength of the aircraft's structures during maneuvers which may exceed the operational limits. Setting this option to 100% will make your airplane more vulnerable during fast maneuvers. For example, the wings of the aircraft may detach if they receive tremendous amount of stress during dangerous maneuvers.

Determines the degree of precession of the gyroscope. In case of a realistic setting, analog gyroscopes in older and simpler machines will be more prone to misleading indications.

The game describes this as an asymmetrical thrust generated by propellers. In practice, this means that an aircraft with a propeller engine will tend to pull to the right or left in certain situations - usually during takeoff and during ascent, when the wings have a higher Angle of Attack. The pilot must counteract this phenomenon by making continuous, very delicate adjustments of the airplane's rudder. Setting the slider to 0 disables this effect. 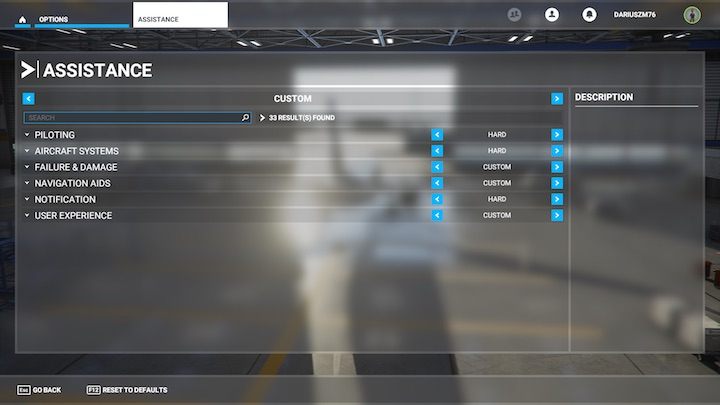 In this section, instead of sliders, you can find the usual option to enable or disable a particular effect. 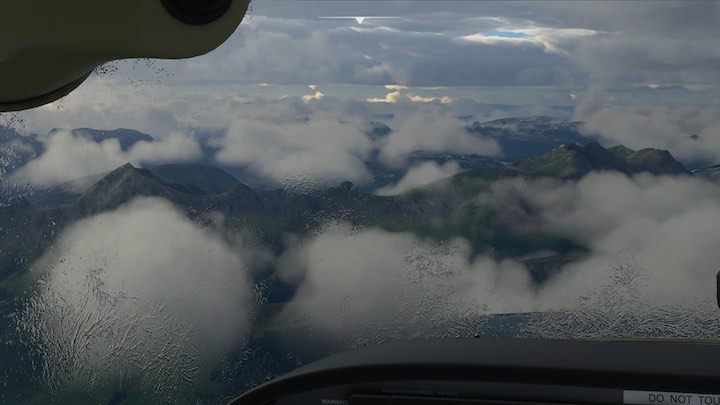 The effect of icing can be visual only, or it can cause a lot of trouble to the technical parts and systems of an aircraft without the Anti-Ice system. 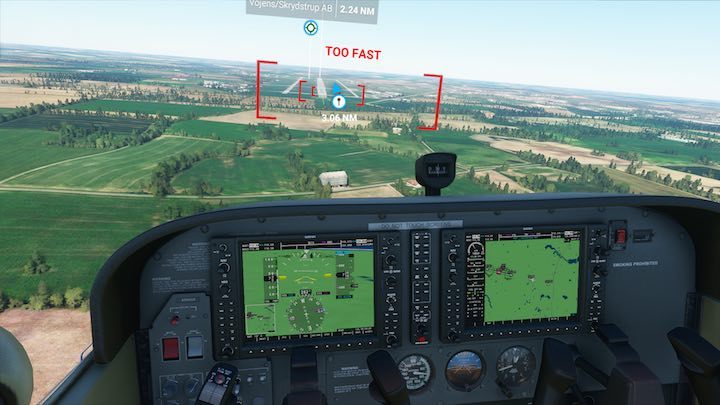 The landing path is a very useful tool for beginners to learn how to approach the runway properly. 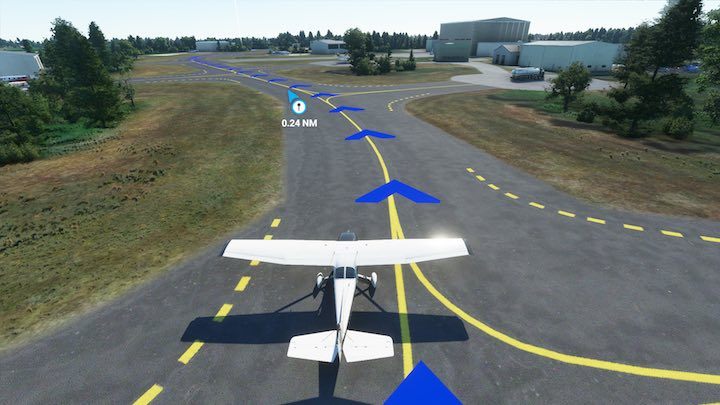 It's easy to get lost in huge airports. Illuminated routes, like in racing games, make it very easy to navigate on land. 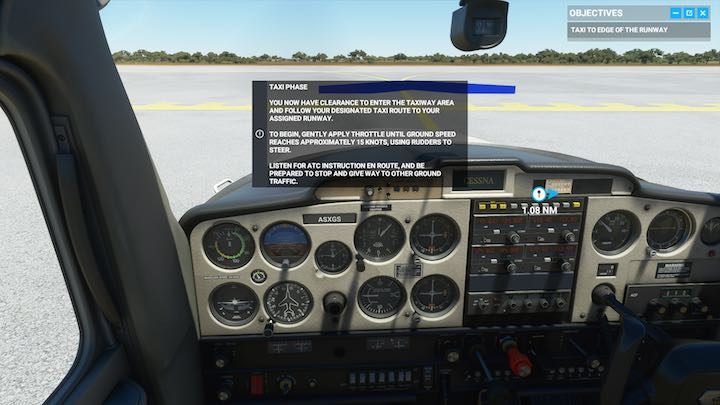 The notifications are interesting at first, but after a while they'll become rather annoying. It's worth turning them off once you know the basics of flying.

For a more detailed description of the features in the User Experience section, please refer to the Toolbar section. 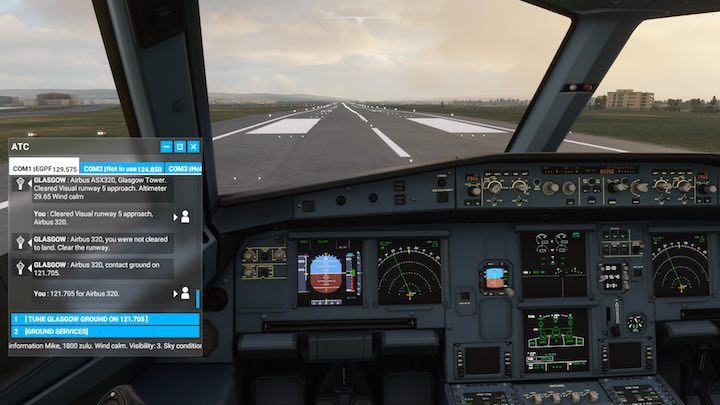 Starting the game right away with a screen filled with various panels slightly spoils the atmosphere and immersion.
See/Add Comments
JOIN FOR UPDATES