General info about the mission

The forty-ninth mission in Metal Gear Solid V is one of the repeated missions. The objectives are identical as in the eight missions of the main story. You will find descriptions of the objectives in the walkthrough to this mission. The difference is that now you have to complete Occupation Forces mission without any help from Diamond Dogs. The most important changes are:

You can't prepare for this mission in any way (you can't select equipment, companion or even time).

The objectives are the same as in Occupation Forces mission. Below, you will find a list of tips considering the most important modifications, which of course increase the level of difficulty. 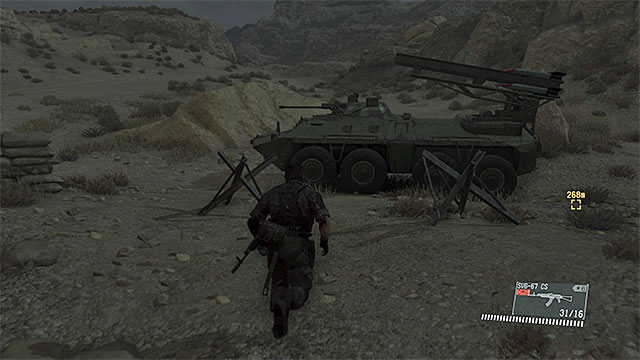 The best place to start the mission is to the east of Qarya Sakhra Ee. Head to guard post number 10 right away. There are four guards here, but you can easily eliminate them one by one and grab a gun from one of them. The main reason for which you are visiting this guard post is the APC with 130mm Rocket, which you can steal. When the convoy arrives, you can use the APC to destroy all the enemy machines (the truck and two tanks), which is the main objective of the mission. 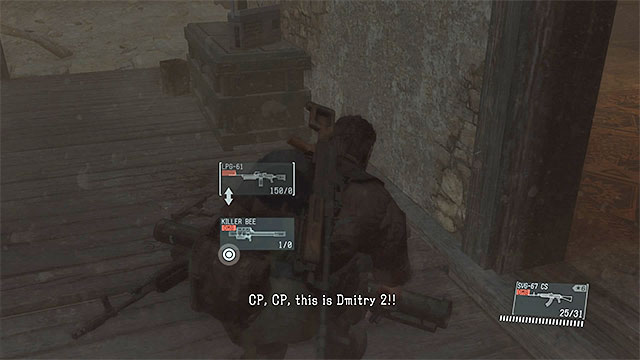 Some of the enemies have Killer Bee launchers.

If the armored vehicle has been destroyed earlier, you still have an option of completing the mission and it shouldn't be that difficult. You can search for a substitute for the APCs rockets. Reach one of the mortars in the village, wait until the convoy arrives and start shooting. Make sure that you first destroy the tank in the front, because it may attack you. Another option is to eliminate the soldiers in the village. At least one of them is carrying a Killer Bee launcher, which you can "borrow".

The most risky variant is to Fulton all the machines from the convoy. You can for example use the APC to block the road, hide in the bushes and wait until the convoy arrives. Start from Fultoning the tank in the back and then proceed to the truck. Lastly, deal with the second tank