Mission 48 Mission 47 is one of the repeated missions. Its goals are identical as the ones from mission 28. All of the details can be found in the description of it. Changes involve having women as the Skulls. They are tougher and deal more damage. It will be also harder for you to take down the chopper and armoured vehicle. Two more changes involve forbidding the usage of Reflex Mode and Chicken Hat.

You can approach this mission during daytime in order to make finding the snipers less problematic. You can also start this mission at night if you want to sneak into the manor unnoticed more easily. You won't be able to use Quiet in this mission. Take D-Dog instead. He won't be very helpful with finding the Skull girls, but he will make the infiltration easier.

Take the best possible sniper rifle. Equip yourself with the best possible armour and helmet as well. The Skull girls' attacks won't be as powerful as the Quiet's attacks from mission 40, but here you may find yourself on the brink of death nonetheless.

The major Orders Code Talker stay unchanged. Here you will fins some tips concerning its changes which make this mission a bit harder. 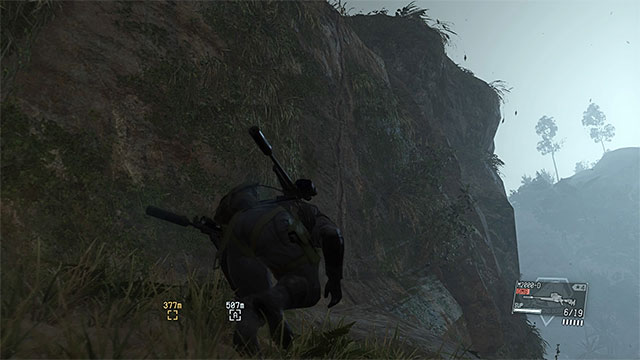 Climb the walls in order to avoid the Skull snipers.

The biggest obstacle in this mission would be the fact that you can't use Quiet (she left Diamond Dogs after mission 45). Women snipers have stronger weapons and armours in this mission. However if you want to challenge yourself you will need to get yourself a better weapon and some patience. Don't leave your hiding spot before doing reconnaissance with your binoculars and hide as soon as you see the laser pointer or an icon indicating being spotted.

The snipers can be bypassed, but it will make for a harder mission later on (details below). If you want to do it anyway, keep going by the riverside and climb the wall to its left. If you do this part correctly, you will make it through the whole jungle without being spotted once. 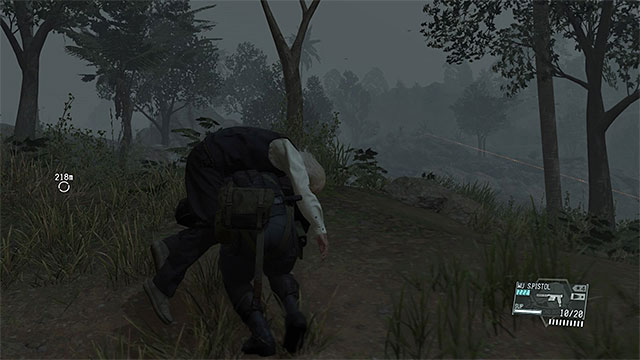 Snipers will appear in the end, if not finished earlier on.

As mentioned, snipers will reappear eventually. As soon as you locate Code Talker. Then you will need to deal with each of the Puppets before leaving the manor. You will also need to watch out for the snipers on the way to the landing spot.

In the case of having the snipers already eliminated, the only threat is an armoured chopper. Don't engage this chopper at all as and fulton the APC vehicle without destroying it.