Mission 46 is basically the 0 mission with the only difference being the fact that it ends earlier than the Awakening. You won't be escaping on the horse from Man on Fire. Below, you will find the description for both of the optional tasks which are also new in mission 46.

Eliminating soldiers from the hall 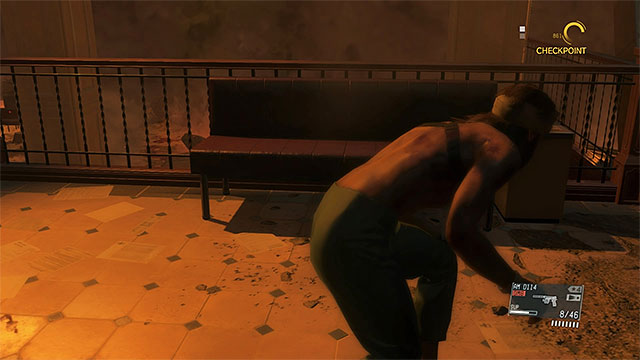 Attack the soldiers in hall instead of avoiding them.

You can deal with this task after getting to the main hall which is also the last location of the hospital. In prologue you were advised to avoid the enemies by sneaking through the right side. Now however, you better kill them right away. Position yourself by the staircase and, after shooting for the first time, proceed with eliminating soldiers who will try to get to the upper floor. Some of them will probably stay on the lower floor, in this case equip yourself with a better gun and carefully approach the remaining opponents.

Land 20 or more shots on Man on Fire 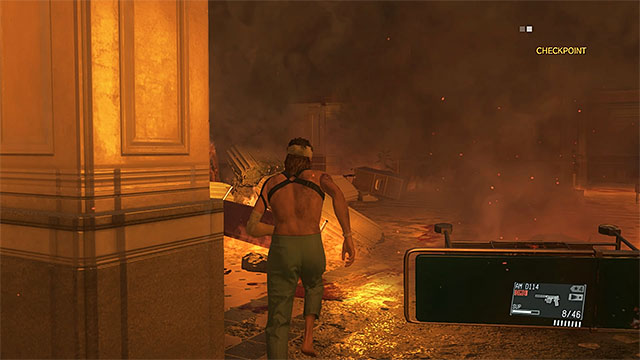 Stay in the hall and use the covers.

This optional mission can be completed after the one described above. Man on Fire will appear in the hospital hall the moment you will be leaving the building. When he does, don't leave the hospital just yet. Instead, start attacking him. It is vital to use the bigger covers such as the pillars as you won't be wearing any armour. Only when you will hit the target 20 times, leave the building.