Throw out the GROM-11 that Quiet gave Big Boss, because you probably already have a better one. The plan is simple - defend yourselves near the Lamar Khaate Palace from enemy infantry and fifteen vehicles - seven tanks, seven APCs and a helicopter. Eliminating them all is the second objective in the mission, so escaping the battlefield is out of the question. Tanks and armored vehicles will reach the palace throughout the whole mission, while the chopper will appear near the end. 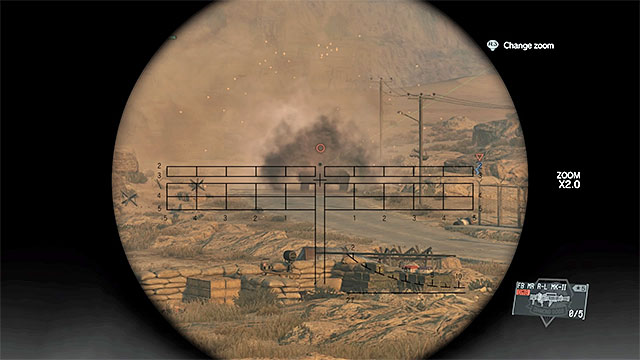 Try to destroy tanks and APCs when they are still far from the palace.

While playing this mission for the first time, you should try to complete it by destroying all of the enemy vehicles. Use the rocket launcher you've taken to the mission to eliminate tanks and APCs. Try to attack vehicles that are closer to the palace or are able to shoot at the ruins first. Depending on the type of a rocket launcher, APCs will take 1-2 hits, while tanks will need to be shot 2-4 times to be destroyed. 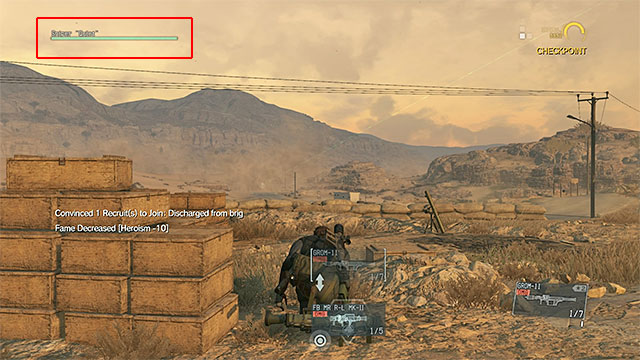 When you reload the rocket launcher, try to keep moving or stay behind a cover (for example, the cages used to hold prisoners). Otherwise, Big Boss might be hit (especially by tanks) and be close to dying. You don't have to worry about the infantry, because Quiet will get rid of all the regular soldiers. It's a good idea to order her to cover you with her sniper rifle. 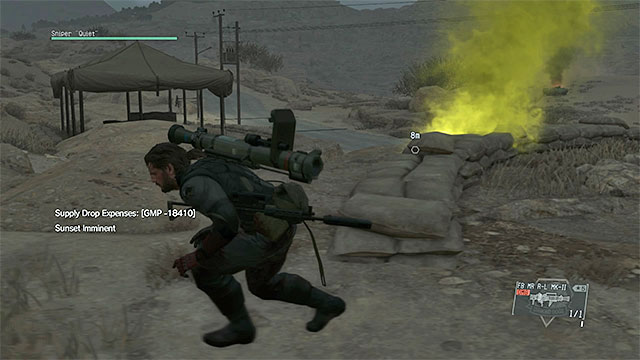 Refilling the supplies plays a major part in this mission. Don't wait for Quiet to order a supply drop, because she often does it too late. Order them yourself in advance - when you have half of the available rockets, or even right after you collect items from the last drop. Designate the palace for drops so you don't have to enter any open space. 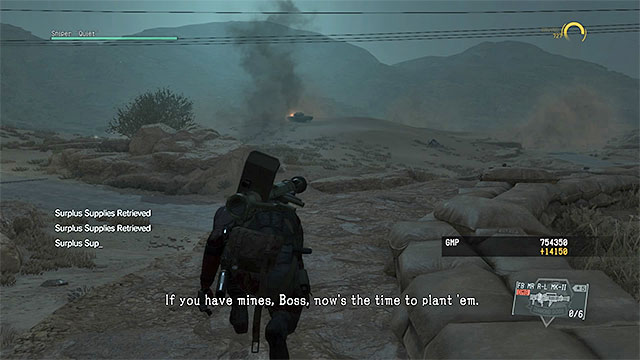 During a minor break, place the mines or order a supply drop

After you eliminate half of the tanks and APCs, you'll reach a checkpoint and Miller will suggest to prepare for more attacks. You can place mines on both main roads leading to the palace. Just remember not to be far from the palace for too long, because you might not make it back in time. 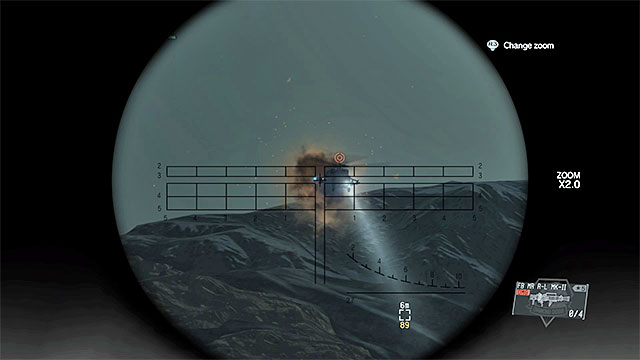 You could use homing missiles to destroy the helicopter

In the final phase, a chopper will appear, coming towards the palace. You must react to it as quickly as possible, because it poses the most threat. If you have a launcher with homing missiles, attack the chopper as soon as possible. If not, wait until it gets closer and hovers. A single shot will not destroy it, so you MUST hide behind the palace or other large cover to avoid its barrage. Shoot a few more times to destroy the helicopter or make the pilot escape (it does not have any negative outcomes).

At the very end, the enemies will commence the last attack. It means that you have to act more aggressively, because the vehicles will approach the palace faster. If you're going to keep Quiet's health bar full, you cannot be slow and careful now. Destroy the vehicles as soon as possible, not letting them shoot the female sniper (keep ignoring the infantry). A cutscene will end the battle.