Forty-second mission of Metal Gear Solid V is one of the repetitive ones. Its objectives are the same as in mission 29 and you can find them in its walkthrough. The changes concern Skulls unit that you fight. They are tougher and deal more damage than before. Defeating them is therefore harder and it requires better equipment. Moreover, you must not use the Reflex Mode and the Chicken Hat.

Preparing for the mission

If you wish to complete the mission decisively (using the strategy described in mission 29 walkthrough), take Quiet with you. However, if you want to engage in combat, choose D-Walker. Choose this option only if you have been upgrading the walker, it needs some decent armor and weapons.

The protagonist might equip either the sniper rifle or the rocket launcher. Aside from that, give Boss the best armor available to decrease the chance of being instantly killed by Skulls. Before you begin the mission, make sure you have 100-150 thousand GMP for supply drops.

Tips on completing the mission

Main objectives of Metallic Archaea mission are the same. Below, however, you will find tips about its modifications that affect the overall difficulty. 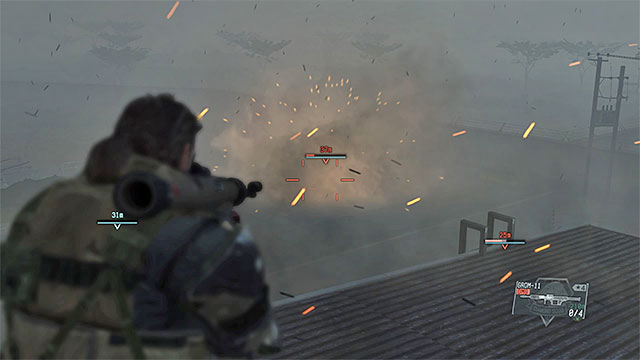 Attack Skulls from the roof, unreachable for them.

The fight against Skulls should be similar to the one in mission 29, so mark a few of them with your binocular as soon as you start, then move to the roof of the southern building. After you reach the roof, start attacking Skulls with a sniper rifle or a rocket launcher. Remember that you are not invincible and aside from dodging their attacks, you need to evade their stone needles. Jump back as soon as you see a needle, because it will explode in a moment. Skipping this part might result in Big Boss's quick death. Just like before, call for supply drops from time to time to always have enough ammo. 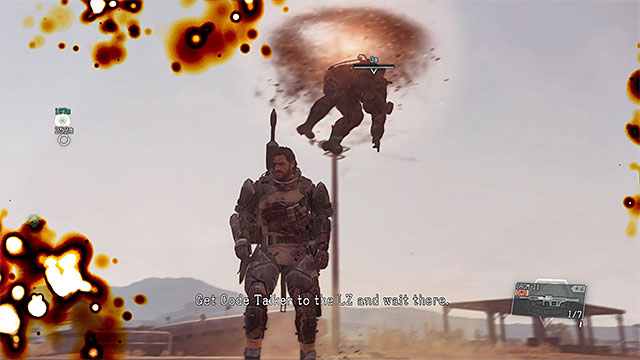 If you have upgraded the D-Walker, you can engage in more open combat instead. In that case, you have to keep moving all the time, because even the best armor won't protect you from Skulls' main attacks.

Regardless of the selected strategy, remember that the enemies are very tough, so the key is to attack them one by one. Skulls can be fultoned, but it's incredibly risky, because you would have to do it right after you defeat an enemy. If you wish to use this strategy, do it only if you want to achieve all possible goals.