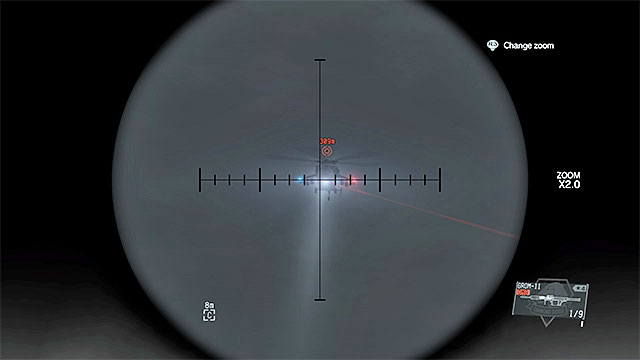 The gunship is flying towards the airport

The gunship appears in the Northern part of the map only after several dozens of seconds, of the starting moment of the mission. Just like APCs and tanks, it is headed towards Nova Braga Airport. If you want to complete the mission quickly, you can lay fire down on the gunship as soon as you spot it. Keep in mind, however, that it is much better armored than helicopters in previous missions. Therefore, you may need two, or three accurate shots. To destroy the helicopter, you could use a launcher with homing missiles, or else you need to compensate for the speed, while aiming, or wait for the gunship to hover over one spot. 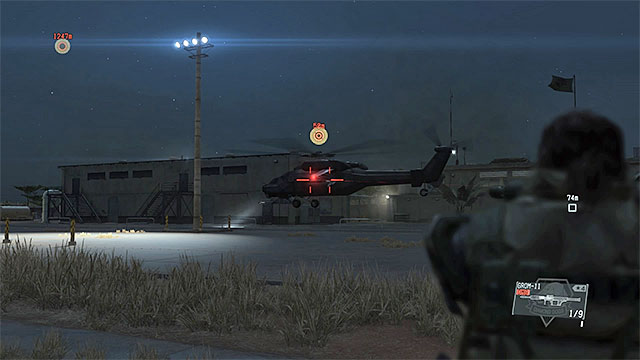 Attacking the gunship at the airport is a very good idea

If you want to complete secondary objectives, it is best to allow the chopper to reach the airport safely and to unload the commander of the military column. Note that the chopper remains at the airport, which makes it a very easy target. Still, you should destroy it only after you fulton, or destroy, APCs and tanks.

The earliest you can end the mission is after you destroy, or fulton, two tanks and two APCs, and destroy the chopper. Also, you can remain here for longer and take interest in secondary objectives described on the next page.