Two, out of three primary objectives of the mission are about eliminating enemy vehicles. This means the enemy APCs and two tanks. Three of them are on the map from the very beginning of the mission - the first tank in the Northern part of the map and another tank, as well as the first APC to the South. These vehicles remain visible on the map for the whole time and their route is displayed. Do not worry if the second APC does not appear straight away. It should arrive as soon as you have fultoned, or destroyed, one of the remaining vehicles. It then appears at the Eastern end of the map. 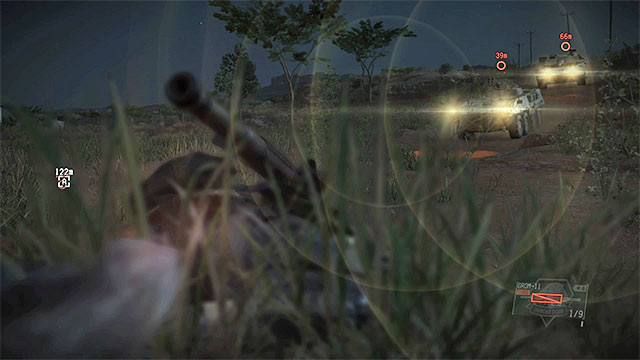 You can halt enemy APCs and tanks heading towards the airport

Start the mission at the landing zone in the central part of the map. All of the APCs and tanks are heading towards Nova Braga Airport. If you want to complete the mission quickly (e.g. order to earn S rank), you can eliminate them while they are still on their way. A good spot to set the ambush is the vicinity of outpost 14, because all of the vehicles pass by that point. Here, you can use the rocket launcher or deploy larger obstacles on the road, in hope that APCs and tanks stop there. This should win you enough time to sneak up to each one of the vehicles and fulton it. 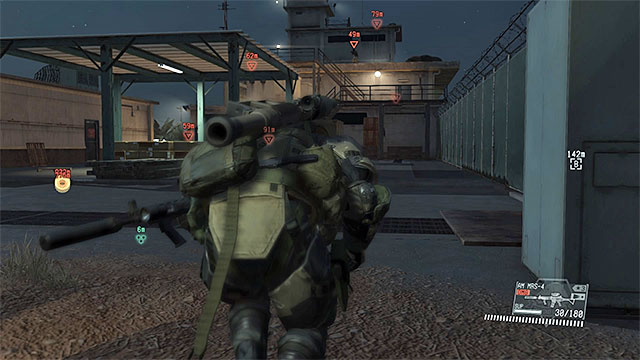 If you do not want to take unnecessary risk, and you want to complete some of the secondary objectives, ignore outpost 14 after you land and head immediately towards Nova Braga Airport. Haste is recommended here, because it would be good to secure the majority of the airport, before enemy vehicles arrive. Walk into the airport from the North or from the West (you would have to walk around it, then) because the main building is being occupied by several snipers, among others, who check the area to the East and to the South of their positions. Try to sneak past to the main building, reach the upper levels and eliminate all of the snipers quietly. 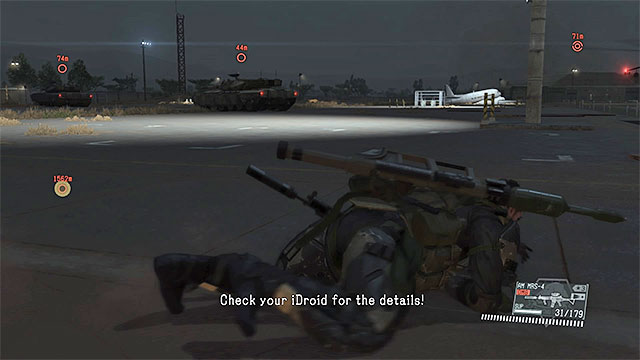 APCs and tanks will be reaching the airport one after another and they will stop on the apron. If you have followed the earlier suggestion and eliminated all of the snipers, you only need to eliminate several regular soldiers more and you will be able to reach the vehicles unhindered, in order to fulton them (of course, you can also destroy them - for that, use the rocket launcher from a long distance and stay behind a cover).