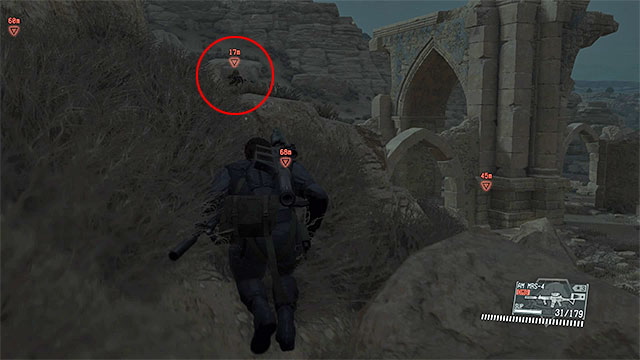 There is a sniper near the ruins

As your starting point, pick the East-most landing zone, thanks to which you reach the ruins faster. Approach the keep from the North and use binoculars, or wait for the dog to mark locations of the opponents. You should attach much care to the sniper on the hill, who should be reached in the first place. Eliminate him without alarming the rest, if possible. 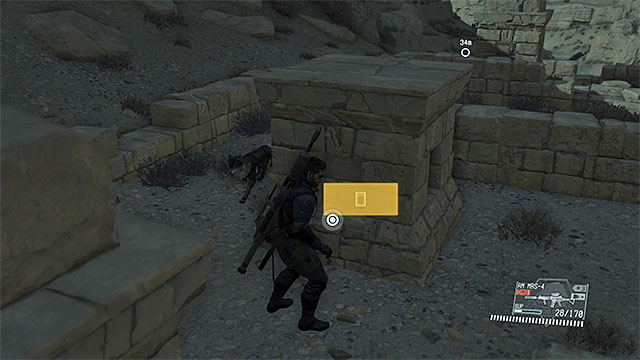 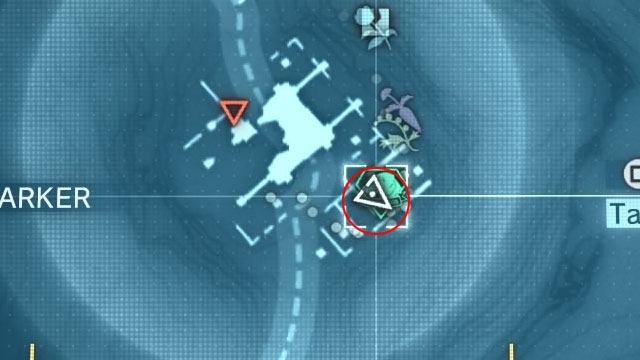 You need to find the Film canister on your own and this is not too easy, due to its size. It has been hidden in the Southern part of the ruins (shown in the above screenshot), between two stone blocks. Near the film, there are, at least, 1-2 enemies and it would be best to deal with them first. After you obtain the film, you can call for pick-up, or walk outside of the mission area, to finish.