General information on the mission

The thirty seventh mission in Metal Gear Solid V is a replayable one. Its premises are identical with those of the sixteenth one and you can find all the details on targets and the area of operation there. The most important difference in this mission is that you need to deal with more heavily armored vehicles in the convoy and tougher members of the Skulls. Apart from that you cannot use the Reflex Mode and the Chicken Hat.

When it comes to the main objective, you can play this mission at any moment during the day, especially that you should already know the route of the convoy and the location of the truck in the airport. As your buddy, pick D-Horse, if you are going to escape from the Skulls after you fulton the truck and also make sure if you have already developed an armor to increase the horse's resistance. If you are going to face the Skulls in a direct fight, pick the D-Walker instead (yet, good weapons need to be already developed for it).

It is necessary that you wear a battle suit, e.g. the upgraded Battle Dress. Apart from that, take a rocket launcher along. It is a good thing to have it with you, even if you are going to escape the area of operation right after you complete the main objective, because you can use the launcher to slow your pursuers down.

Hints on how to complete the mission

Key premises of mission Traitors' Caravan remain unchanged. Below, you can view a number of hints concerning its key modifications that, for obvious reasons, affect its difficulty level. 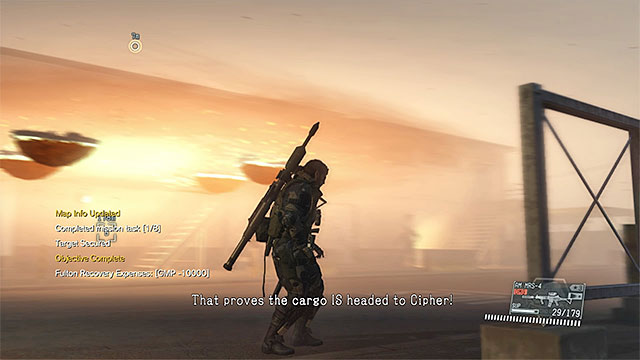 It is best to fulton the truck from the airport

Head towards Nova Braga Airport and infiltrate it in the same way as you did before, i.e. through the Western gate. After the Skulls arrive, run up to the truck, as fast as possible, and fulton it. Do not wait for the convoy to arrive and head Northwards with the truck, because armored vehicles in the convoy would be an additional (unnecessary) challenge, due to the fact that they have better armoring now. 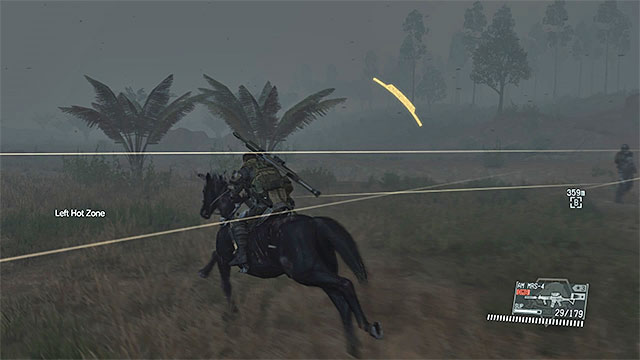 Escape on the horse with armor on, which should not be halted by the Skulls.

Skulls members are tougher than previously, which is why you should engage them in fight only if you have already developed much better types of rockets launcher and battle suit. Otherwise, leave the airport as quickly as possible, jump onto the horse and start escaping.

Note - if the horse is not wearing its armor, it can be easily defeated by the Skulls. In a situation in which you fall off the horse, you should consider laying down fire on the Skulls, with your rocket launcher, only to win for yourself more time to leave the mission area.