Mission objectives: Find and eliminate the enemy armored vehicles and their guards.

Location: Eastwards of outpost 02 in Africa. 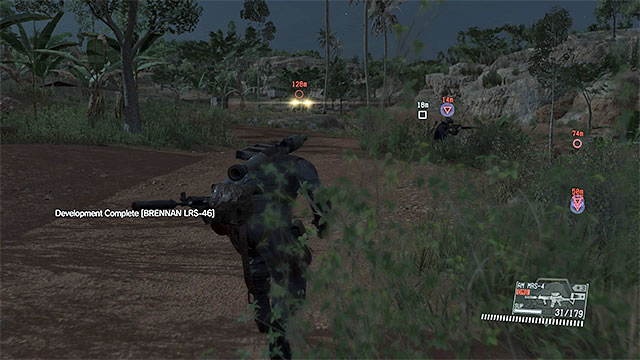 Description: This mission takes place in a small village Eastwards of outpost 2 and you can get there, e.g. from the West. After you approach the area, use binoculars or rely on D-Dog. Your priority here are the snipers that you need to eliminate, while staying out of their sight (get them from behind or from the side). After you eliminate them, try to sneak up to the two armored vehicles and either fulton them or plant C4 explosives on them. Finally, deal with the standard soldiers, who won't be posing any threat anymore.

Objectives: Find and eliminate enemy armored vehicles and their escort.

Availability: This side op should be unlocked by making progress in the game (after unlocking Africa map) and completing previous side ops. 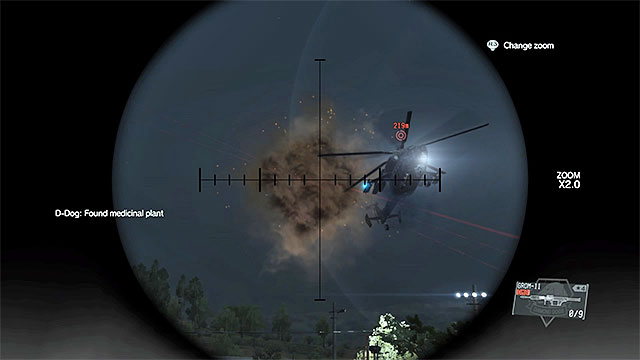 Description: The enemy's main forces are located at the Nova Braga Airport, but you should notice the helicopter flying around before you approach the airport. Wait until the vehicle is over 200 meters away from the airport, then shoot it down (it's one of the objectives). Performing this will facilitate crossing the airport, because you will no longer have to fear being detected by the chopper.

Note - the chopper is rather tough, so use a good rocket launcher so you won't have to shoot twice. 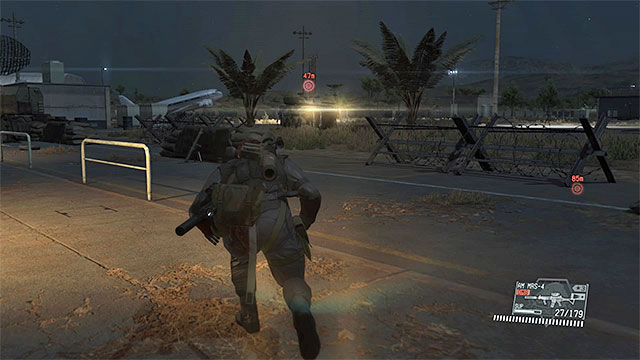 Fulton the armored vehicles to the Mother Base

When you enter the airport, head towards the main building because there are enemies on several floors and they have a good view. Save the APCs for last (you can find them using D-Dog or performing reconnaissance). Sneak up to each one to fulton them. If you raised the alarm, stand farther away from the vehicles near a cover before you use a rocket launcher to destroy them.

Orders: You have to find and eliminate armoured vehicles.

Availability: Task will unlock automatically along with the in-game progress (completing side-ops) 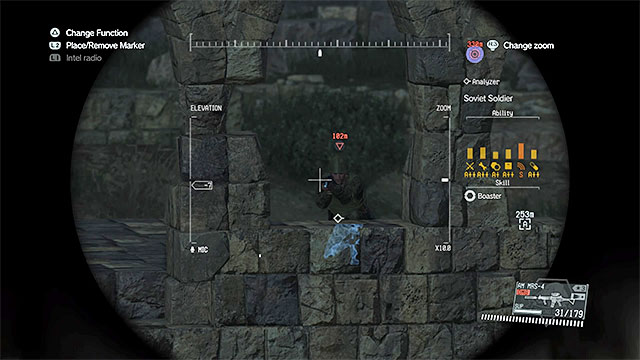 Some snipers are well hidden. Keep your eyes wide open.

Description: The unit positioned itself in Aabe Shifap Ruins. On your way there, notice the flying chopper. Don't attack it yet as it could alarm remaining enemies. Start crawling as soon as you get closer to the ruins to avoid being shot by the snipers. Locate them by using the binoculars or D-Dog and sneak up on each of them. As soon as you get rid of them, approach the nearby APC vehicles and fulton them. Finally you can start shooting up the chopper with a good rocket launcher. Take advantages of the cover system when the chopper attacks you back. 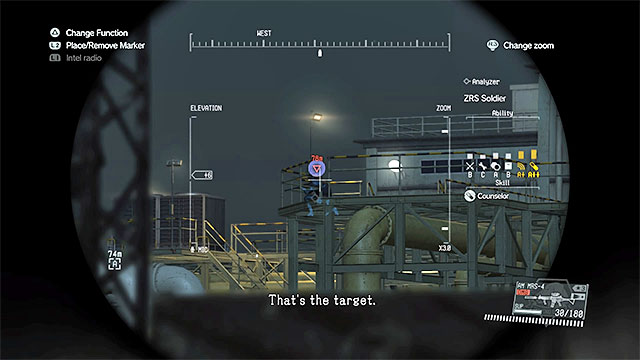 Description: It is best to reach Mfinda Oilfield from the east. After reaching your destination, silently eliminate the guard watching the entrance and avoid the gunship flying over the area. The biggest problem in this mission are enemy snipers. They are located on the metal balconies in the central part of the oilfield (you can see one of the on the picture above). You can send D-Dog towards them and order it to kill or knock them out. You can also reach them by yourself and deal with the enemies. If you chose the second option, remember to crawl and use the buildings, containers and other large objects for cover. 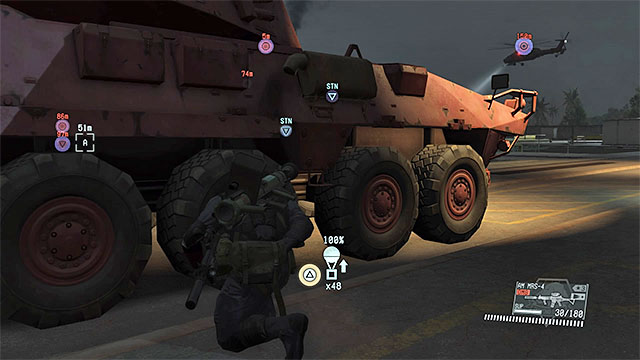 Fulton the APCs first and then take care about the gunship.

After you deal with all the snipers, you can start looking for armored vehicles parked at the airport. You will encounter the strongest type of APCs, therefore it is advisable you sneak up to them and Fulton the machines. You should avoid the gunship almost throughout the whole mission. Start attacking it only when it is the last objective. Hide behind the buildings when reloading your launcher, because you will only destroy the gunship after 2-3 hits, so the crew may decide to use their rockets on you. 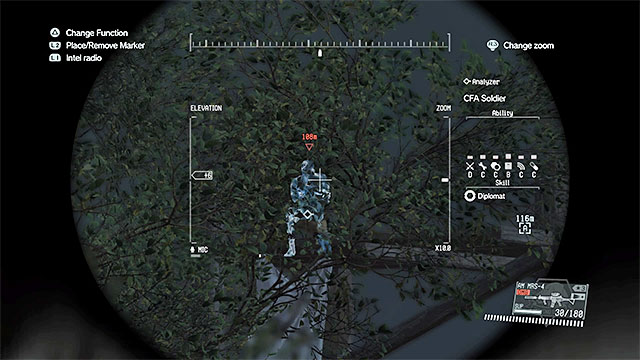 Get rid of the snipers quickly.

Description: It is best to approach Ditadi Abandoned Village from the north-west. You don't have to eliminate all the enemies in the village, but only those connected to the mission. D-Dog will help you identify your targets. Start from dealing with the snipers. If you have a good rifle, you can eliminate the soldier on the watchtower from distance, or you can first deal with all the other soldiers and then climb the tower and defeat him in melee fight. In the last part of the mission, sneak up to the APCs to Fulton them and attack the gunship. The machine is very durable, so use the best rocket launcher that you can and hide behind the buildings or rocks when reloading. Also, before you attack the gunship, you should go away from the village.

Orders: Find and eliminate enemy armoured vehicles and their guards.

Availability: Task will unlock automatically along with the in-game progress (completing side-ops)

Location: Area to the east from Lamar Khaate Palace in Afghanistan. 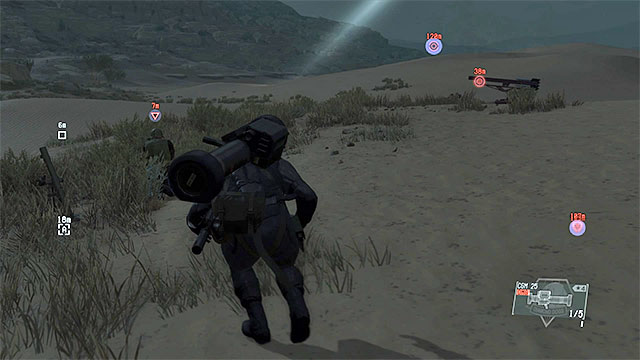 Approach the snipers from behind.

Description: Your target is an area to the east from the Lamar Khaate Palace and once again, don't attack the chopper right away. And again, beware of the snipers as the desert is not the best place to be hiding. Locate the snipers by using D-Dog or crawl to each one of them in order to eliminate them in melee combat. Other targets should be taken care of after dealing with the snipers. You will be left with regular soldiers, two APC vehicles (fultoning them would be reasonable) and the already mentioned chopper. Use the best rocket launcher possible or you will find it extremely hard to flee if it won't destroy it in one shot.

Mission objectives: You have to stun and extract a legendary gunsmith.

Availability: This mission should automatically unlock with your progress in the main storyline (you have to unlock the African map) and by completing other secondary missions. 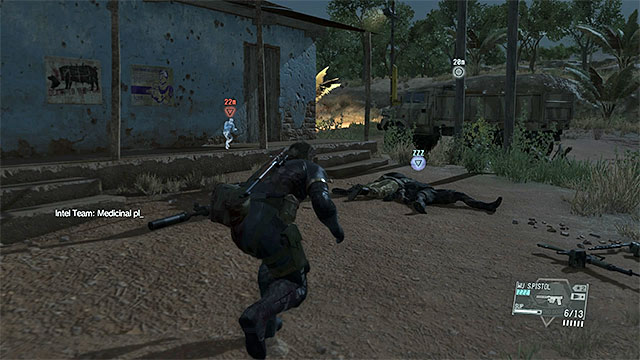 Eliminate the soldiers guarding the gunsmith and then fulton him.

Description: Get to a good vantage point, from where you will have a good view on the Bwala ya Masa village and start your reconnaissance. The gunsmith you are looking for is one of the enemies in the village and you will be easily able to find him thanks to the soldiers guarding him. The guards can be eliminated in any way you want (with a sniper rifle, for instance), but the gunsmith must be taken alive. After you've knocked him down, make sure that there are no enemies nearby and extract him to the Mother Base.

Mission objectives: You have to extract a legendary gunsmith.

Availability: This mission should automatically unlock (after some time) after completing the 107th side mission, after you've learned about the existence of another, better gunsmith. 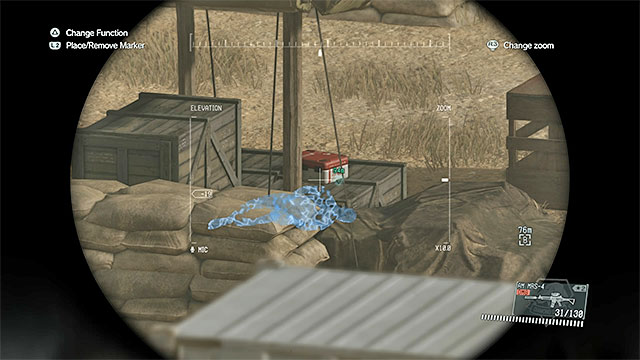 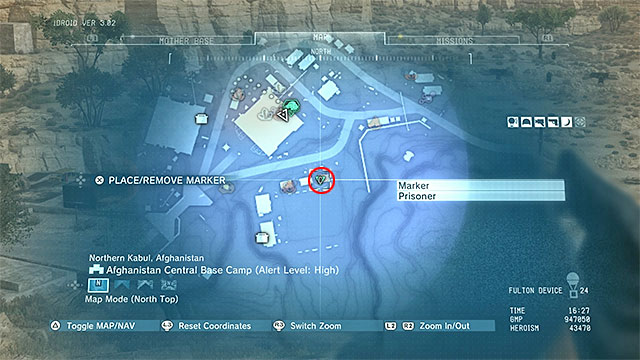 Description: In contrast to the gunsmith from the 107th side ops mission, who was one of the enemies, this time you will have to rescue a prisoner from the Afghanistan Central Base Camp. The place in which the hostage is kept is shown on the above screenshots (D-Dog will help you as well). Try not to alarm the enemies from the base during your rescue mission, as you will have a harder time completing the objective, and the life of the hostage will be at risk.

Mission objectives: You have extract a legendary gunsmith.

Availability: This mission should automatically unlock (after some time) after completing the 108th side mission, after you've learned about the existence of another, better gunsmith. 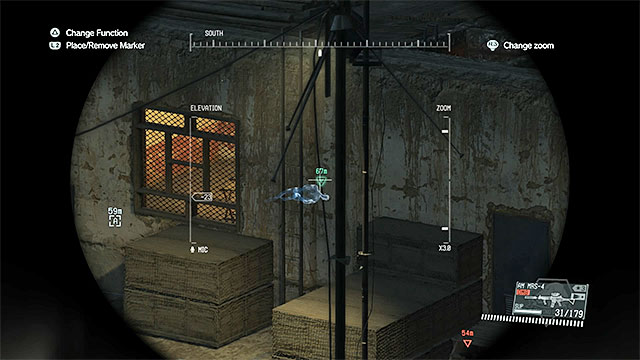 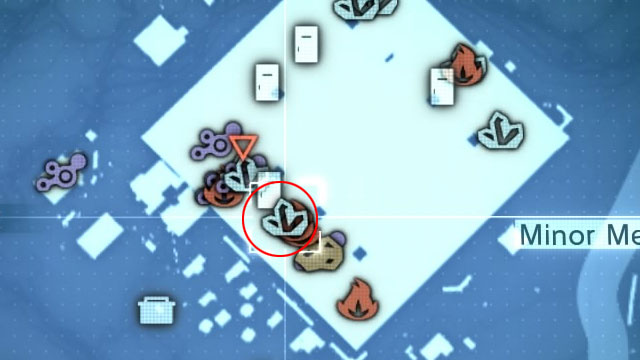 Description: Another gunsmith is held in the Yakho Oboo Supply Outpost, which should be approached from the North-West. Use your binoculars, as well as D-Dog to locate the hostage - he's located in one of the buildings in the Western section of the base, as shown on the above screenshots. Go there and try to remain undetected. After arriving at the gunsmith's position, pick him up and go to the neighboring room. Place him directly below the hole in the roof and fulton him to the Mother Base.

Mission objectives: You have to extract containers with materials.

Availability: This mission should automatically unlock with your progress in the main storyline (you have to unlock the African map) and by completing other secondary missions. 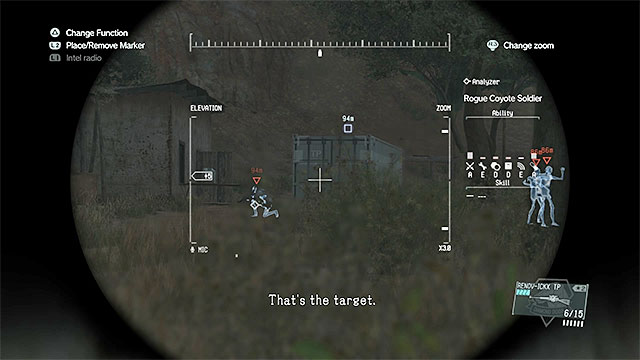 The container is protected by a group of enemies.

Description: Examine the Bampeve Plantation, thanks to which you should be able to locate the container with the materials. It's guarded by a group of enemies, which can either by killed, or stunned and fultonned. To extract the container you will need the CARGO 2 upgrade, and the operation itself costs 10,000 GMP.