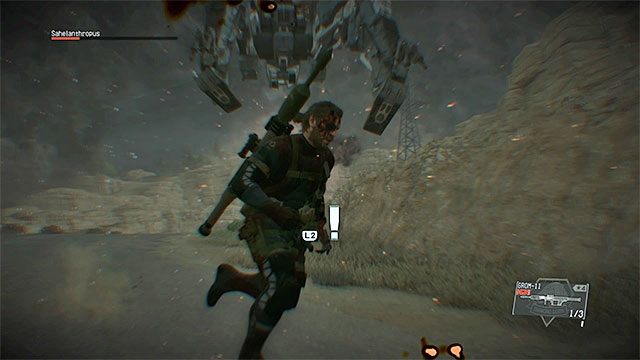 When the boss performs the jump, the time will slow down.

You will advance to the second phase of the Sahelanthropus encounter when the boss is left with about 1/4 of its total health. The enemy, aside from using the previously described attacks, will start performing huge leaps (jumps). If the boss performs such a jump when the main character is in close vicinity, a slow motion effect will become active, giving you enough time to react to the attack (it will happen even if you turned off the Reflex Mode in the options). 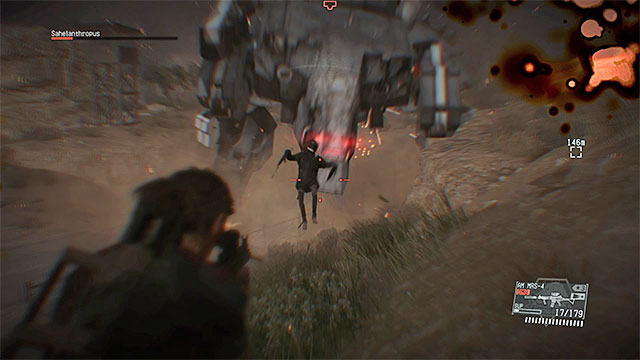 When the slow-motion happens, don't attack Sahelanthropus immediately. Instead, wait for the Floating Boy to appear next to the boss, with which you should certainly be familiar already from your previous encounters. Attack the boy with your assault rifle, or with the rocket launcher. 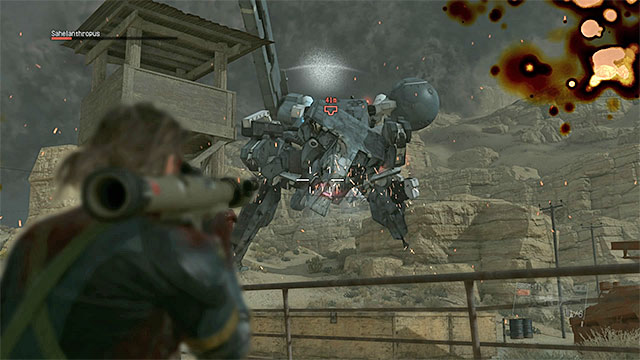 If you manager to hit the Floating Boy before he teleports into another place, you will complete the secondary objective, which will also "stun" Sahelanthropus for a few seconds. Use the fact that the boss is vulnerable and send 2 or 3 rockets towards it. 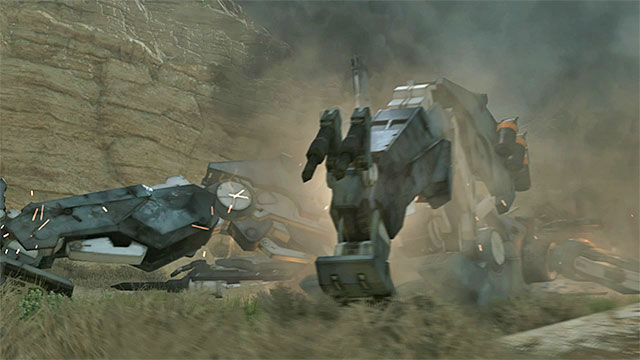 Defeating the boss ends the mission.

Complete all the activities described in this chapter until the Sahelanthropus is left with its energy bar empty. Defeating it will end the mission, and you will complete the first chapter of the campaign.