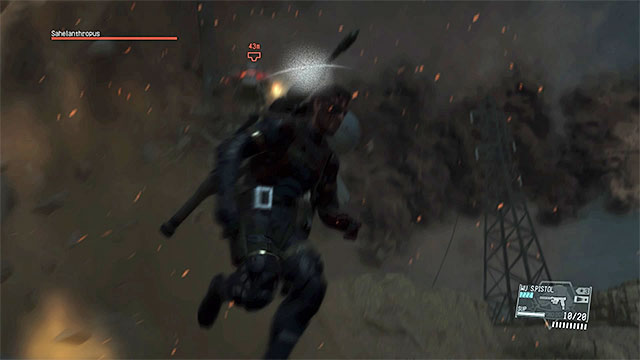 Sahelanthropus' machine guns won't do much damage to you.

Sahelanthropus has access to a wide range of different attacks. Knowing and understanding its main attacks and behaviors will make the whole encounter a lot easier. The least dangerous and the weakest attack of the enemy is done with the machineguns. You can avoid it in order to not get hit simply by running around the map, or by hiding behind rocks, but even if you do get hit you won't lose a lot of health at once. 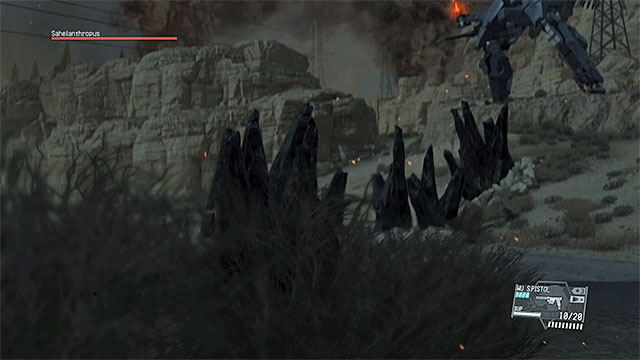 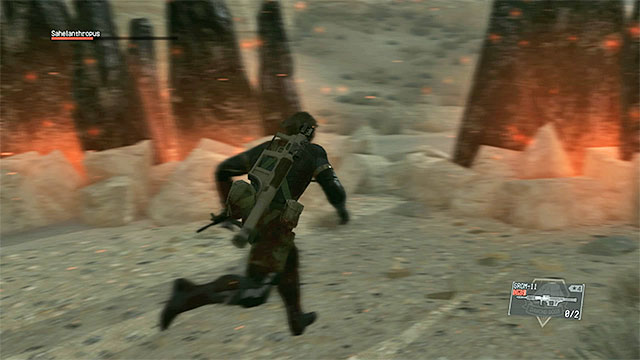 A lot more dangerous from the typically used attacks of the boss is the one, which is associated with the sword-like weapon. From time to time, Sahelanthropus will strike the ground with its sword, and after a short while numerous stone needle-like objects will emerge from the ground (screenshot 1). Additionally, the attack has a second version, in which the main character is suddenly surrounded by the same needle-like objects, which traps him inside (screenshot 2). In both cases the best defense against them is to simply outrun them by using sprint, which should reduce the likelihood of getting injured, or trapped inside the needle circle. However, if you still get trapped by the objects, you can quickly destroy a number of them with the help of grenades, or a rocket launcher, but it must be as quickly as possible, before the needle-like objects explode. 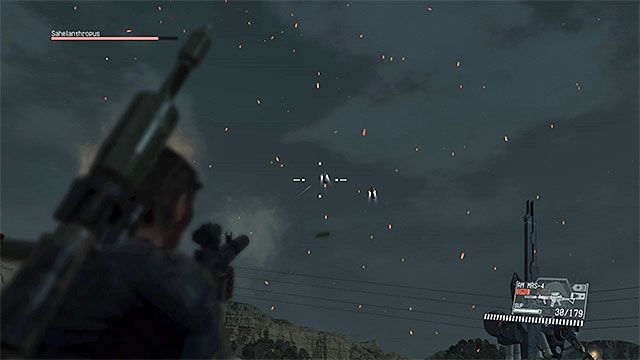 You can either destroy rockers and drones, or simply hide from them.

Another group of attacks of the Sahelanthropus is associated with the mech firing a barrage of homing rockets, as well as white drones. In both cases you can react in two different ways - you can either use your assault rifle to destroy the rockets / drones, or hide behind the nearest rocks, hoping that it will be enough of a cover to protect the main character from the enemy fire. Simply running away won't be much of a help this time. 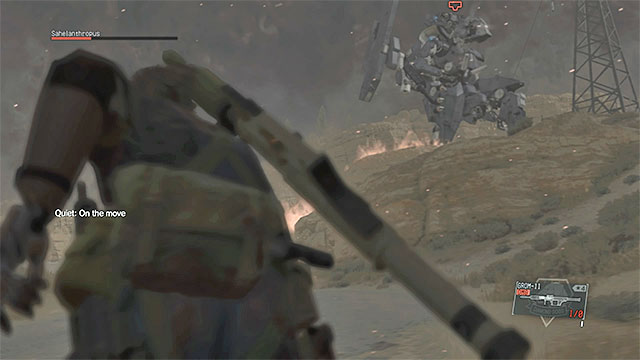 Avoid getting the main character on fire at all costs.

One of the rarest attacks of the Sahelanthropus is the one done with the flame thrower. The boss can decide to use this maneuver if you stay for a longer period of time near its vicinity, and this attack means trouble, as the main character can be simply set on fire. If it happened, quickly drop to the ground, which should reduce the effects of the attack a little bit. 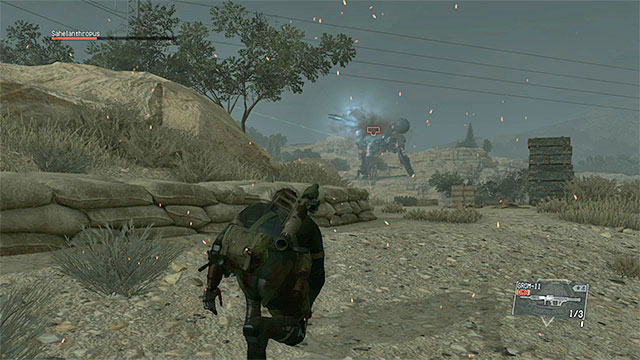 Laser attacks of the mech are extremely dangerous.

Another rare weapon that Sahelanthropus uses is the laser, and it is mainly because those attacks are characterized by extremely high amount of damage dealt. If you notice the enemy preparing for this attack, you should cease your attacks and focus on keeping Big Boss alive. Move away from places marked by smaller lasers, because those places will soon be attacked. Run around the map and refrain from hiding behind covers, as they will be easily destroyed by the lasers. 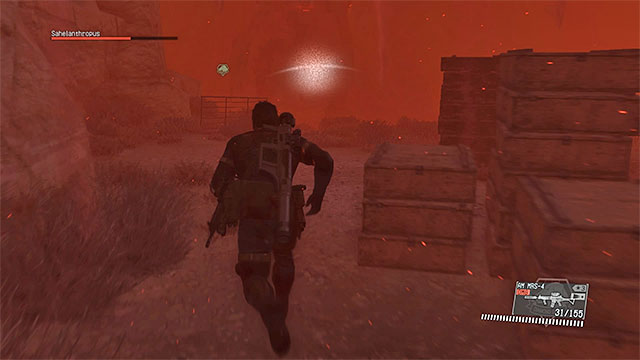 You can use goggles, or wait until the fog clears.

The last ability of the Sahelanthropus isn't an offensive one, but can severely hinder your ability to continue the encounter. The mech is able to fill the nearby area with a red fog, which significantly reduces your visibility. If you have night-vision goggles at your disposal, and you don't want to pause the battle, you can equip them. Otherwise you should just use that time to regain your health, or to get to a supply drop. The fog should clear after several seconds.