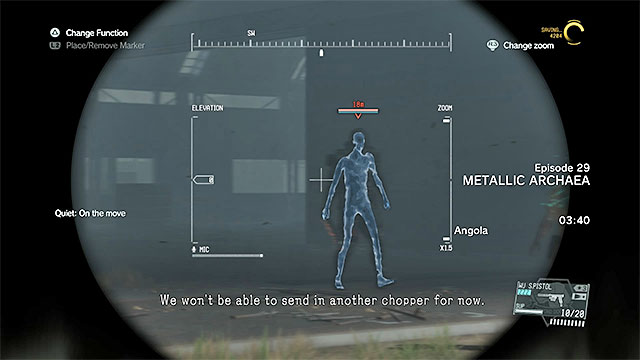 You should mark at least 2 or 3 members of the Skulls unit.

As soon as the mission starts, take out your binoculars and use it to mark at least 2 or 3 members of the Skulls unit, scattered around you (try to do so before they vanish). The biggest merit of this method is the fact, that you will be able to track their movements, even if they change their position after camouflaging themselves. Ignore the infected personnel of the airport, which will be supporting the Skulls unit during this mission and try to prevent them from getting close to Big Boss, or otherwise you will lose the opportunity to complete one of the secondary missions (keep your distance from them and use sprint to get away if they get too close). 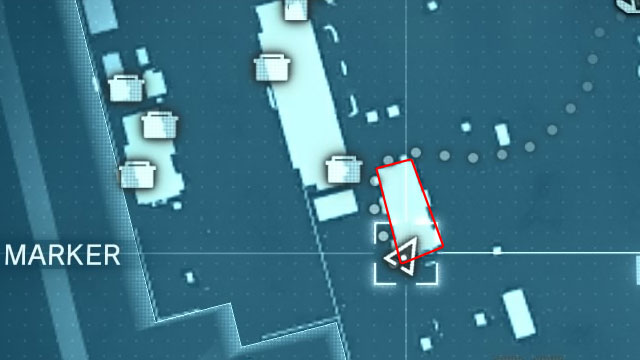 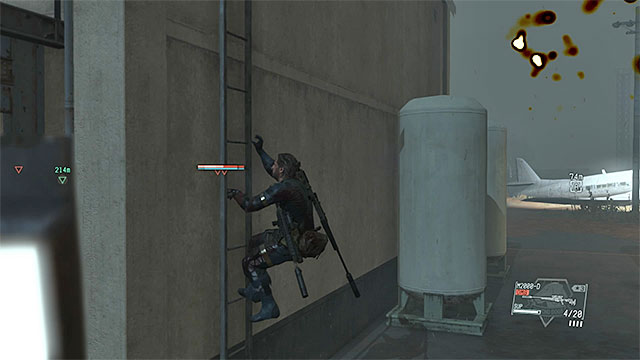 Before you take on the Skulls, you should find a proper place to attack them from. My recommendation is to get to the building marked on the first screenshot above, located in the area of the Nova Braga Airport, which can be found by going South from your starting location. Search for the ladder leading to the roof (the second screenshot) and use it to get there. 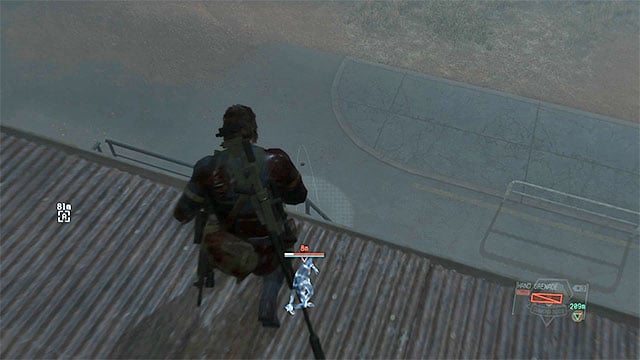 Abuse the fact that enemies will try to (without any success) reach the roof of the building.

The main advantage of the selection of that specific building, is the fact that enemies won't be able to get to its roof. This also applies to the members of the Skulls unit, who won't be able to teleport on the roof, and in the worst case will just stand by near the ladder. You can, obviously, use that fact to your advantage - you can lean out a little bit to send a quick series of shots, or just simply throw them a couple of grenades.

Remember - if you run out of ammo, you can call in the supply drop and select the roof of the building you are standing on as the drop zone. This way you will avoid any unnecessary risk of getting injured or grabbed by the personnel of the airport, as you won't have to leave the roof at all. 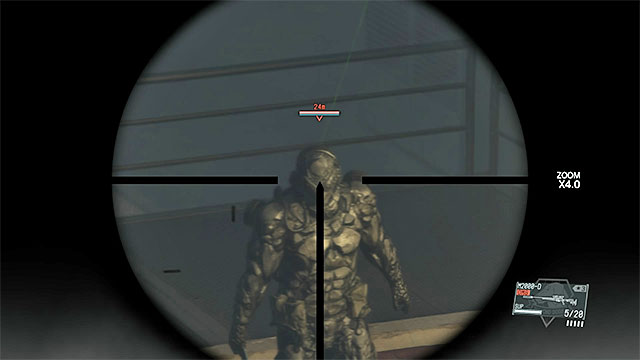 Focus on eliminating the members of the Skulls unit one by one, and start from getting rid of their armor.

As it was already mentioned, you must focus solely on the elimination of the four members of the Skulls unit. To accomplish this, it's best to use the sniper rifle, and your companion (preferably Quiet) should use the same weapon as well. You can either let Quiet decide her next target, or pick them for her (the latter can only be accomplished if you've developed your relationship with her to a certain extent and you are able to issue advanced commands for her).

The biggest difficulty of this encounter is the fact, that every member of the Skulls unit has an additional armor, which can be distinguished by a pinkish energy bar (instead of a red one). It means, that you will have to first get rid of the protection, and only then you will be able to injure the enemy. Their armors can regenerate over time, which is why you should fight them one by one, so that you won't waste any ammo, and you will be able to achieve victory earlier. If you've done everything according to my suggestions and you've marked your enemies at the beginning of the mission, you will be able to easily track movements of each one of them, preventing them from regenerating their armor. 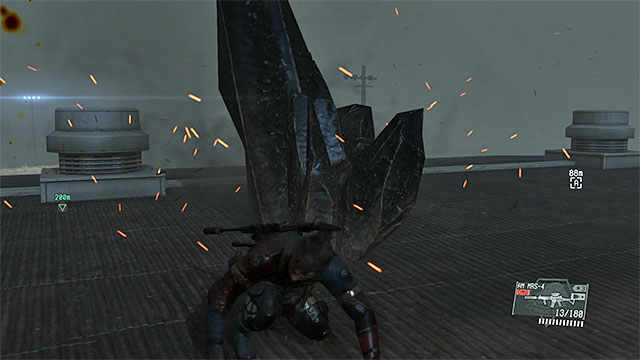 Watch out for their attacks.

During the encounter with the Skulls unit, you must, obviously, reckon with the fact that they will constantly shoot at the main character. You must be extra careful about their additional attacks, in which they are able to produce a stone, spire-like objects. They can then toss them in your direction, but they are relatively easy to avoid, as you only have to jump to the side. The bigger problem is a sudden materialization of the said spire-like object right next to the main character (it can happen even if you are stationed on the roof of the building). When it happens, you must get away from it as quickly as possible, as it will explode after a couple of seconds, seriously injuring, or even killing Big Boss in the process. 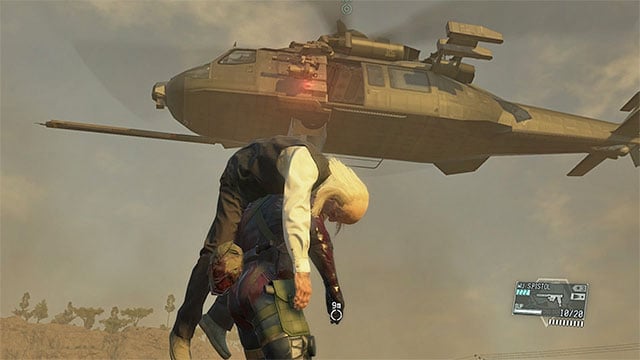 Take Code Talker to the helicopter.

You must continue the encounter until all four members of the Skulls unit are down. It will automatically end the fight (you don't have to worry about the infected personnel of the airport anymore). Get back to the helicopter wreckage, pick up Code Talker lying on the ground and take him to the new chopper, that just arrived in the area.