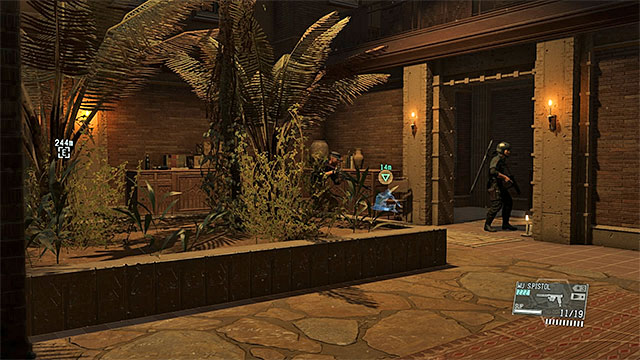 Deal with the guards standing near the exit.

Start carrying Code Talker back to the exit. Don't hurry with leaving the building, because in the meantime, enemy reinforcements have arrived at the back of the mansion. You can use a throwable item to make them go inside and quickly neutralize them, or stand near the exit door and wait for a good moment to ambush them. Don't try to go to the main entrance, because there are enemies there as well. 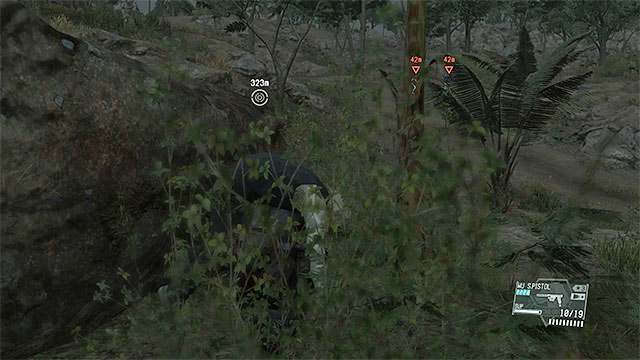 Watch out for enemy patrols on the way.

After securing the back of the mansion, pick up Code Talker once again and choose the exfiltration point. The first one is located near the place where you encountered Skulls. It is not a very good idea to go there, because an enemy gunship may start flying over this area (moreover, if you haven't got rid of the snipers, they will still be there).

It is better to head to the northern landing site. When you go there, try to stay close to the rocks on the left, because the area on the right will be guarded by several two-person patrols. When you meet a patrol, tell Code Talker to lay on the ground and hide in the bushes until the soldiers go past you. If the enemies notice you, quickly use a silenced weapon and Fulton them so that other patrols don't find their bodies. 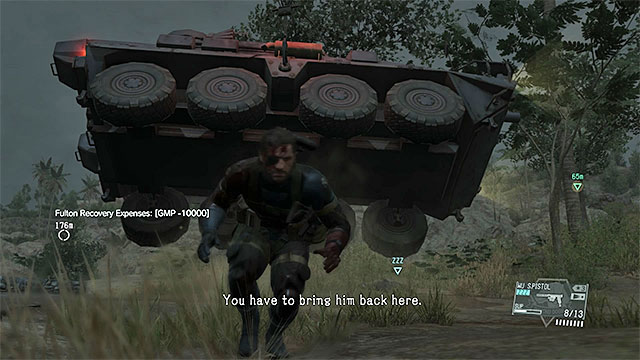 It is best to Fulton the APC.

When close to the northern evacuation point, you will see an APC parked near a bridge. Tell Code Talker to lay on the ground and start crawling towards the vehicle. Neutralize the soldier standing nearby. Approach the APC and Fulton it, completing the optional objective. Note - if you don't have CARGO 2 upgrade and you can't Fulton this machine, go past it from the right or destroy it (for example using C4). If you chose the second option, bare in mind that soldiers will soon arrive.

Now you can reach the landing site. Fortunately, there won't be any new enemies on the other side of the bridge.