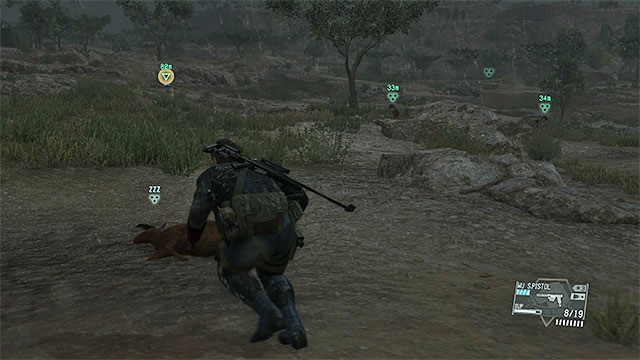 You find the goats close to outpost 20

Find the goats after you have rescued the engineers. However, it is best to start searching for them still before you have extracted the woman, or else it will be easier, for you, to step accidentally outside the narrowed mission area (e.g. when you scare one of the goats and it runs away), which ends the mission prematurely. Go East and South-East of outpost 20 to find the goats (D-Dog will help you). Each time you find a goat, put it to sleep using sleeping ammo weapon and fulton it. 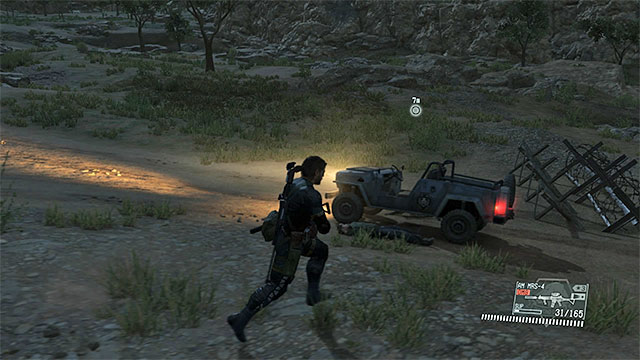 It is a good idea to remember about this secondary objective throughout the entire mission and steal the jeeps as soon as the opportunity arises. The first one is being used, by the enemies, throughout the entire mission. This is the one that the enemies reach outpost 20 on, at the beginning of the mission, in order to take the female engineer. As soon as they do that, they head out to Munoko ya Nioka Station. You can steal this jeep in any way you want, i.e. sneak up to it, when it is parked in outpost 20 (quite risky), halt it along its route to the station, or reach it after it is being parked near the station (watch out for the guard lighting the area with a spotlight). 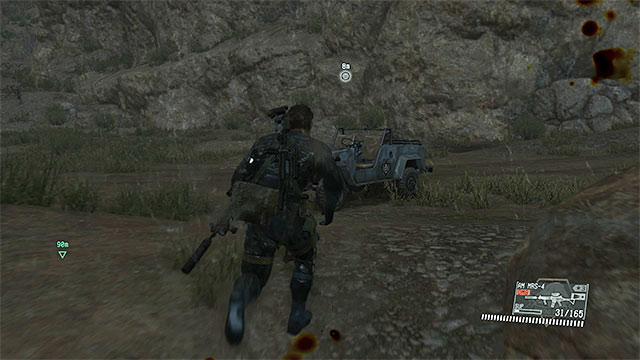 The other jeep should be parked in the Northern part of outpost 20, which makes stealing it much easier. If it is not there, this may mean that it is currently being used. In such a situation, you need to check out the main locations of the map. Due to the small area of operation, locating it should not be too time-consuming.

Note - to extract the vehicles, you of course need to have the CARGO 2 upgrade, thanks to which you can fulton machines. 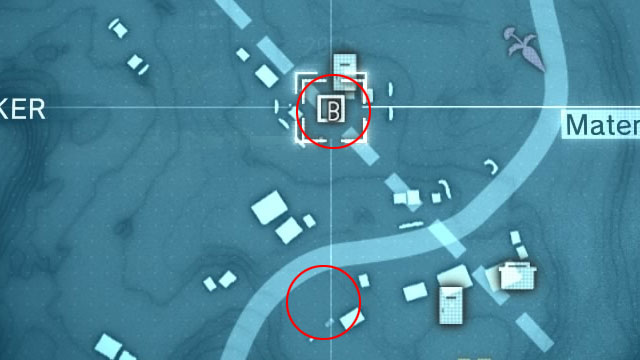 Materials containers are in outpost 16, i.e. the one near the Northern landing zone. You find them in pairs in different locations of the enemy base and their locations have been marked in the above screenshot. You should take interest in this objective only if you have the CARGO 2 upgrade. 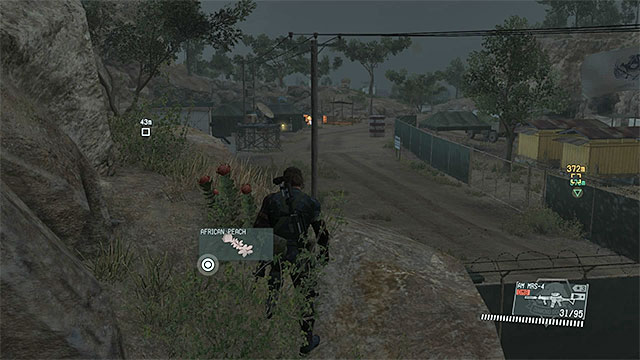 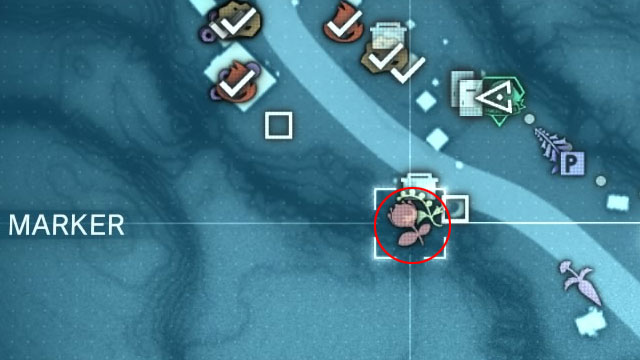 To find African peach, you need to go to Munoko ya Nioka Station. Approach the station from the North and check out the rocky ledges on your left. The plant is in the spot shown in the above screenshots. Before you reach it, consider neutralizing, at least, several enemies in this area, thanks to which you remain undetected.

Extract the rare specimen of eagle 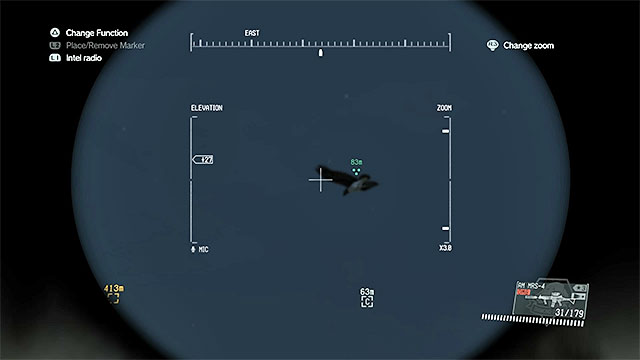 To find the rare eagle, go to Munoko ya Nioka Station. Sneak across the base and reach its center. Above the base, there are several eagles circling and one of them has been shown in the above screenshot. 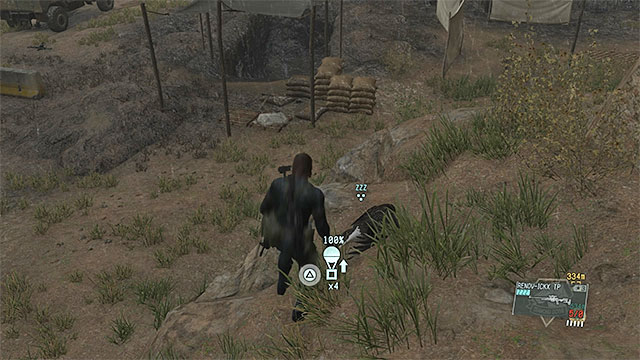 Find the eagle on the ground and fulton it

You need to use a good weapon with sleeping ammo, to bring down one of the eagles. Preferably, this should be the sniper rifle, thanks to which firing from a long distance will not be a problem. Wait to take the shot, up until the moment at which the eagle is flying right above the base, because you then need to reach it after it drops down (this cannot be an inaccessible ledge). Fulton the eagle to complete this objective.