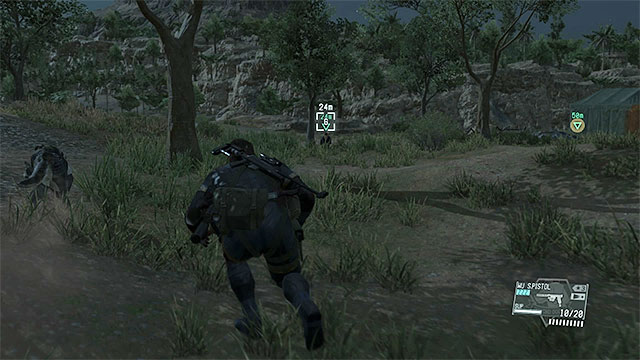 Reach the escaped man and fulton him

Start approaching the tent across the Northern part of the camp. You should not encounter any patrols there, but you will be better off if you crouch and keep your distance of the enemies that you have identified. In the first place, you should rescue the male engineer. Soon, he should dash out of the tent and start running away. Wait for him to get within the distance of, at least, several tens of meters of the tent, approach him and fulton him (try not to alarm the enemies with this action).

Note - you cannot be too late to extract the engineer, because soon the guards will be alarmed and will head out to find him. If they find the engineer, they kill him and you will fail the mission. 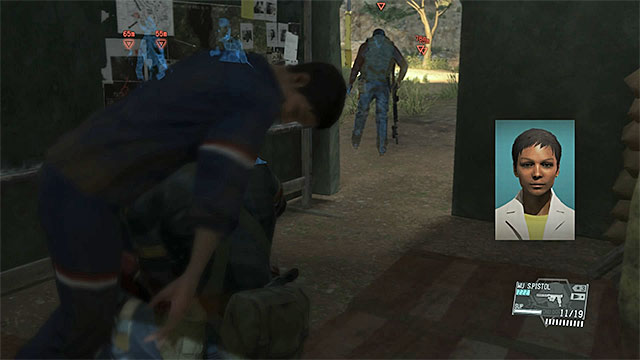 You can sneak up to the tent with the female 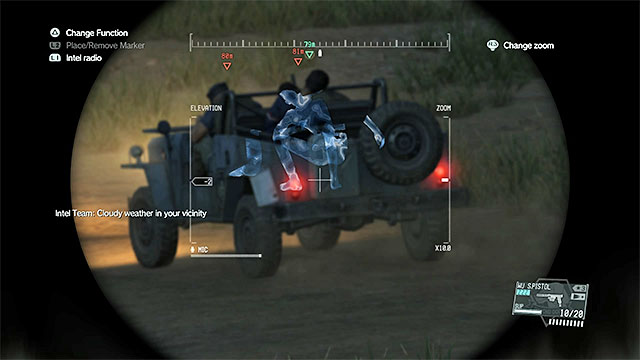 If you fail to rescue the woman in time, she will be taken out of the tent and put in the jeep that arrives in the camp in the meantime. After a while, the vehicle will drive South-West towards Munoko ya Nioka Station. Of course, you can try and stop it along its path, but you would then have to take it over, quickly, and deploy an obstacle on the road (laying down fire on the jeep's crew is risky and may alarm the enemies). 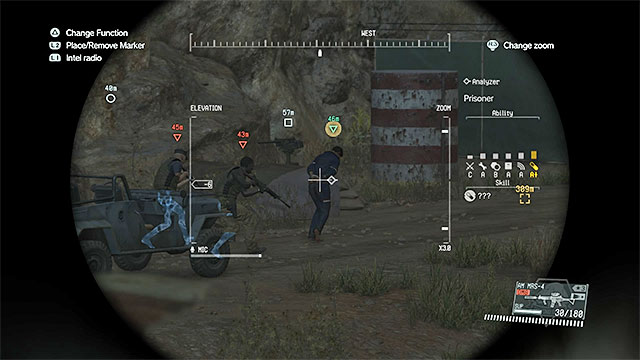 The woman will be taken to the enemy base

The worst case scenario is that you failed to rescue the woman when she was still in the tent and you failed to halt the jeep after she was taken away. The vehicle stops after it reaches the station and the woman will be taken inside. This means that you will have to infiltrate also this base. Do not try to do this from the South. Because the only gate that leads inside is well-lighted. Instead, return to the passage in the valley, walk around the entire map and reach the base from the North. It is much easier, here, to sneak past the enemies.

Regardless of how you reached the woman, you need to carry her over into safety and fulton her, request pick-up for her or carry her out of the map (preferably in a vehicle).