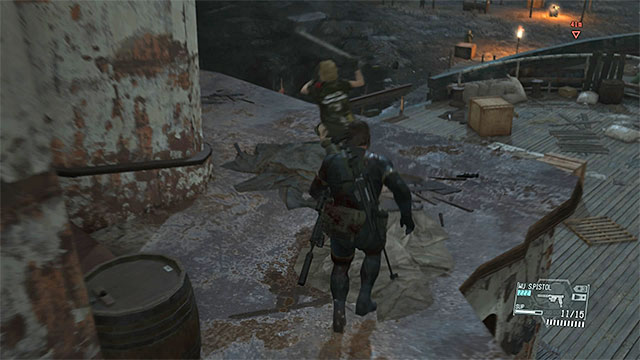 White Mamba is on the top floor of the ship wreck in the Bwala ya Masa village. To get there you need to neutralize a couple of enemies in the surrounding area. If you will take the main stairs you will watch a short cut-scene which will show your conversation with White Mamba what will be result in battle. During this confrontation keep fighting him with your fists to finally knock him down. 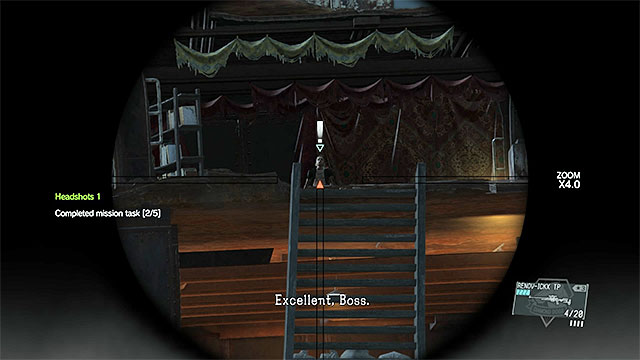 The option described above is not the best one since it may result in raising the alarm in the entire village and at the same time other children will open fire at you. You shall try to attack White Mamba undetected instead or even use a sniper rifle which may use the sleep ammunition (like the RENOV-ICKX TP). In this case you just need to stay in a place from which you may see White Mamba (like the one shown on the screenshot above) and fire at him. You may also climb on a box which is behind him and fire at his back with a sleep ammo from a pistol . Both these ways will allow you to complete an optional task. 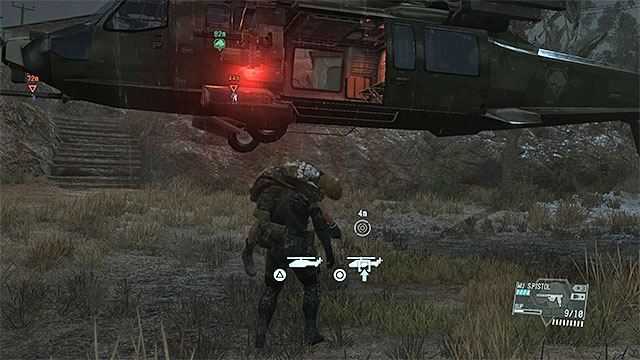 Get White Mamba to the helicopter

After defeating White Mamba you need to extract him. Take him to a helicopter - other children will not attack it but run away from it instead. Bringing Mamba here will instantly end the mission.