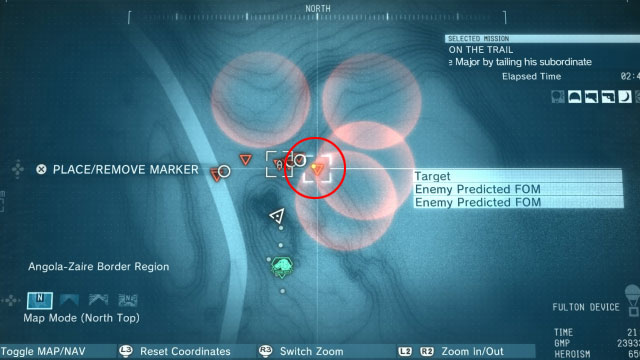 The meeting place is located in the eastern part of the map (south-east from guard post number 13) and is marked on the screen above. You can head this direction right after the mission starts (the best variant if you want to get the S rank) or reach this place by following the jeep. 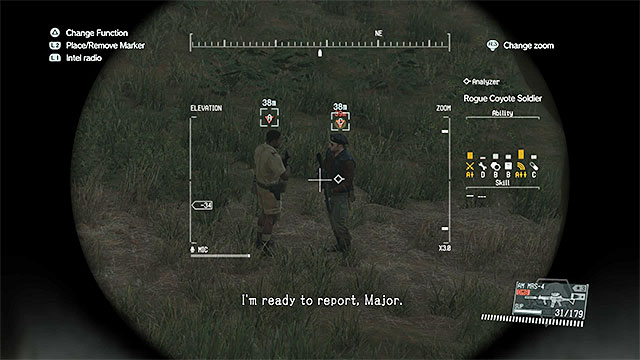 It is good to listen to the conversation.

Don't approach the meeting place from the main road, because this are is well guarded. The best way is to reach the destination from the south and find a spot on the hill nearby. Start from looking around and mark all the enemies. If you've followed the subordinate, you should wait until he meets the Major. Use the binoculars to listen to the conversation, which will allow you to complete a hidden objective. 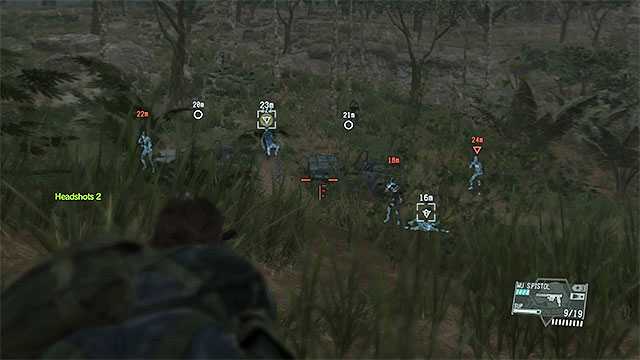 You can kill the Major.

If you want to finish the mission fast, then after identifying the Major (he is wearing a black beret), you can use any rifle (preferably with a silencer) to shoot him from a safe distance.

Note - don't let yourself be detected too soon, because the Major will run away (return to his jeep). The mission will fail if you allow the Major to leave the map. 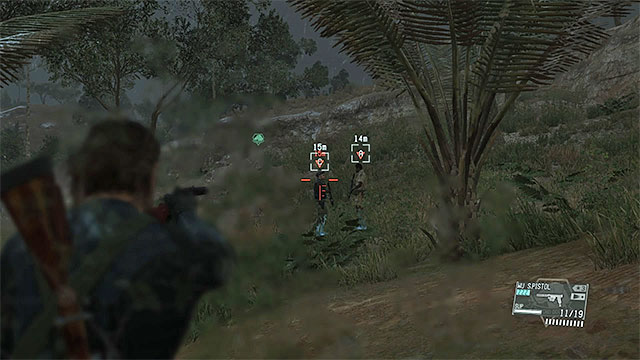 Knock out the Major and his subordinate after you deal with the guards.

A much better idea is to knock the Major and his subordinate out, which will allow you to complete two optional objectives. Such action requires appropriate preparations. It is good to complete this task during the second time you play the mission, because then you won't have to listen to the conversation.

Try to reach the meeting place earlier and neutralize the guards silently. Hide their bodies and when the subordinate arrives, deal with the soldiers that arrived in the jeep. Use any weapon with non-lethal ammunition to shoot both the characters (try to aim at the head). Now you just need to Fulton the enemies.

Note - no matter how you choose to act, you can leave the mission area on your own (for example by taking the jeep on riding on horseback) or summon a helicopter.