Identifying the subordinate of the Major and following this character are not mandatory tasks. You can complete them, according to the game's suggestion, but if you want to finish the mission as quickly as possible, you can focus only on locating the Major. It is described on the next page of the guide. 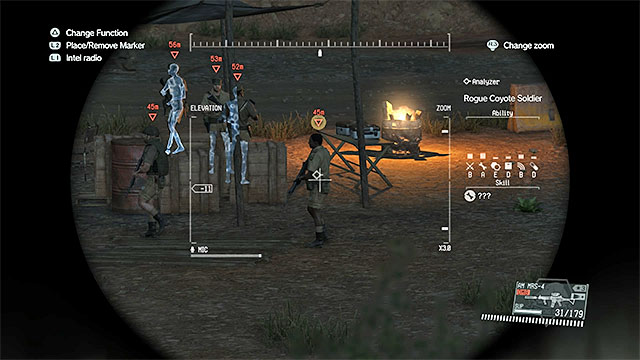 After landing, head to guard post number 15. Find a spot on one of the nearby hills and use the binoculars to look around the area. Focus on the territory around the parked jeep. A group of enemies will soon appear near the vehicle. One of the soldiers is the subordinate (you will now him by the fact that he is not wearing anything on his head).

Note - If you don't see any vehicle after reaching guard post number 15, it can mean that you are late and the subordinate has already went to the meeting. In that case, you can try to chase him (he will visit guard posts number 19 and 16) or head straight to the meeting point. 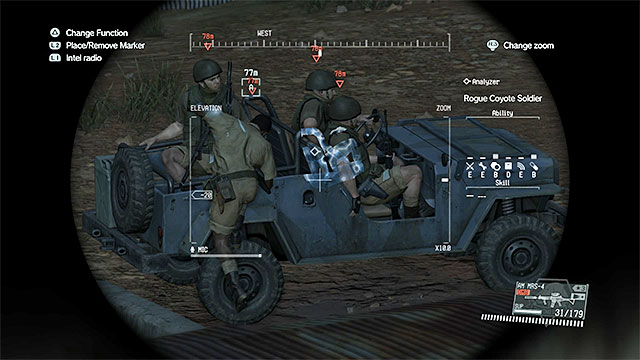 The Major's subordinate will soon enter a jeep and head south-east with his escort. You should use D-Horse for chasing him. Remember to stay in safe distance from the vehicle and go past all the guard posts through which it will travel. The subordinate will stop at guard post number 16. He will change vehicles and continue travelling, heading north-east. Continue following the jeep until the vehicle stops near the meeting place.