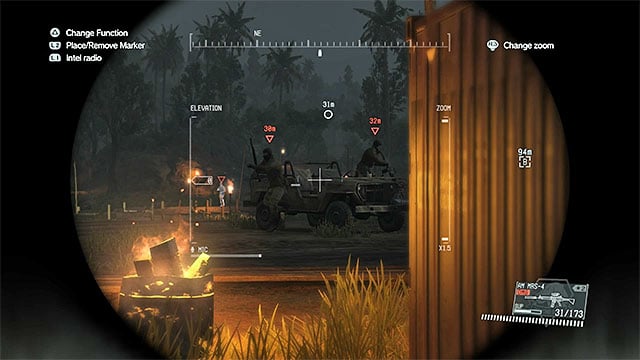 The CFA officials appear in Kiziba Camp after several minutes. The reason for which they come is the interrogation that they want to conduct on the other member of the Intel Team and you need to prevent them from doing that, because you fail if your ally dies. First, complete the missions described on the previous pages and, after you rescue both of the allies, return to the camp and wait for mission objectives to appear. The officials arrive in the village in the car. You can either attack them right after they get out of the car, or wait for them to approach the area with cages and the big hole in the ground, where the imprisoned ally used to be kept. Fulton both of them to Mother Base. 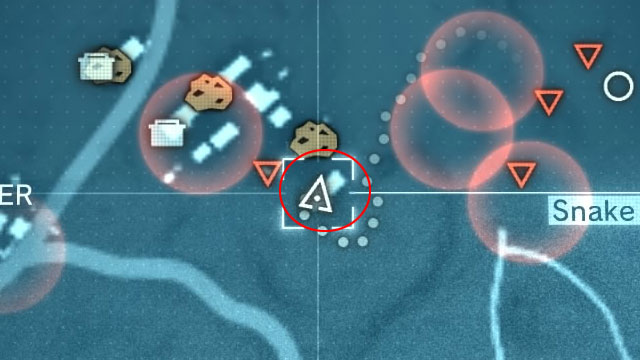 You should try to find the third prisoner only after you have rescued your allies. He is being kept in one of the buildings Northwards of Kiziba Camp and the location has been marked in the above screenshot. Take your time and do not hurry to enter the building, because there still may be a single opponent, whom you would first have to lure outside. Pick up the POW, carry him outside and fulton him into safety.

Extract reinforcements that appear in the woods 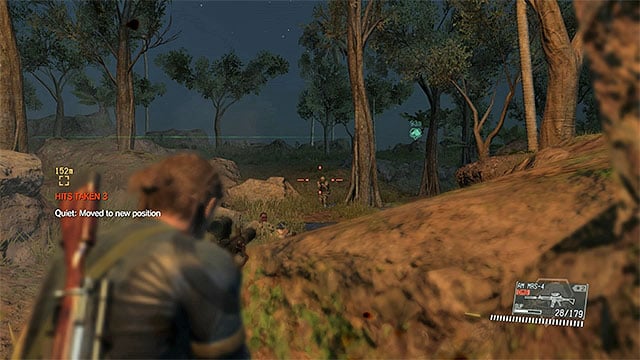 Move into action as soon as reinforcements arrive in the woods

It may bye a bit problematic to complete this objective. Complete it on your replay of the mission. Start by saving the first ally (the one in the woods) and focus on eliminating the enemies here. You cannot eliminate them all, because they need to enter the alarmed state, after which they call in reinforcements. You can do this, e.g. by throwing a grenade, or shooting one to the chest. From then on, focus on restraining and fultoning everyone that appears in the woods. Of course, you need to keep some precautions here, but do not linger for too long, to avoid endangering the life of the other ally (the one in the camp). 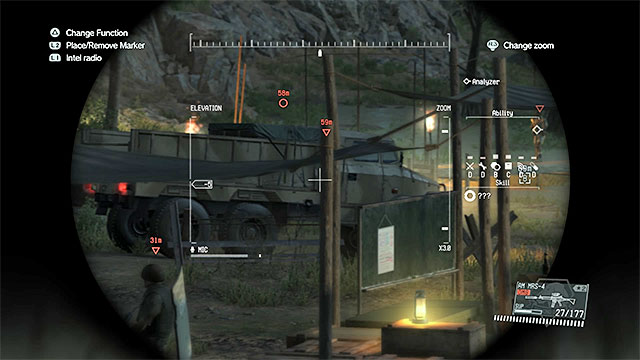 Restrain the truck driver after he appears in the camp

You should extract the driver only after you have rescued the two members of the Intel Team. Remain in Kiziba Camp and wait for the truck to arrive. You can attack the driver, and restrain him, only after he gets out, or walks away from the truck.

Note - If you do not want to risk open confrontation in the village, you can interrogate one of the enemies, thanks to which you learn the truck's route (it will be marked on the map). This will allow you to plan a simple ambush, where you place, e.g. the cardboard box in the middle of the road, which makes the driver stop the truck.