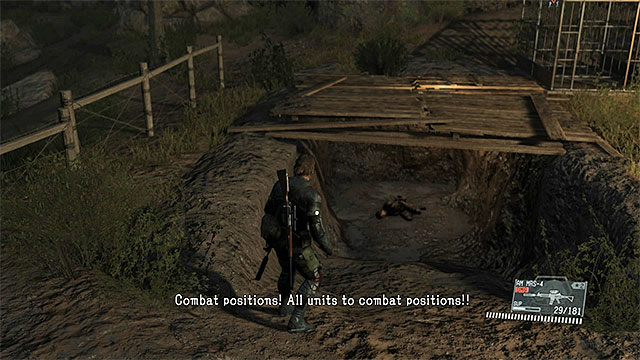 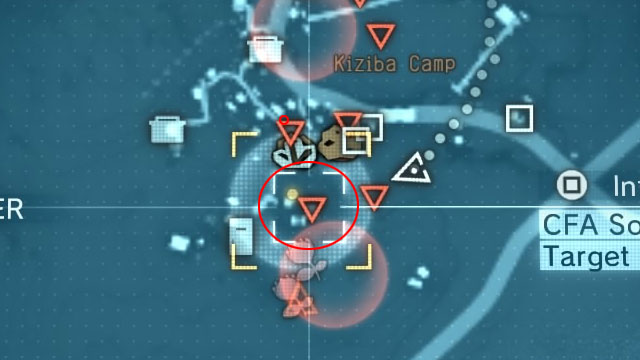 You need to go to rescue the second member of the Intel Team right after you rescue the previous one. His life is in danger and if you do not get there quickly, he will be shot within several minutes.

Go towards Kiziba Camp. Your destination has been shown in the above screenshots - it is a big hole in the ground in the Southern part of the camp, close to the cages. Before you come any closer, try to eliminate, at least, several f the guards around, because they may spot you in the act. 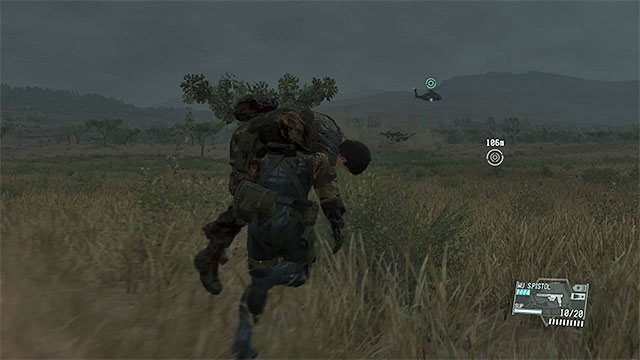 Unfortunately, it is much more difficult to rescue the other ally, because you cannot fulton him, due to the wounds he has taken. If you want to complete the mission as quickly as possible (and earn the S rank), take him out of the base and immediately request the chopper (pick the landing zone that does not require you to cross areas full of enemy soldiers). If you want to complete secondary objectives also, after you carry the POW out, leave him in a

Unfortunately, extraction of the other ally is much more difficult, because due to his wounds, you cannot fulton him . If you want to end this mission as quickly as possible, (and be awarded the S rank), you need to carry him outside of the base and immediately request a helicopter pickup (pick the landing zone that will not require you to cross areas full of enemies). If you want to complete the rest of the mission objectives, after you carry the man outside of the base, pt him down in a spot not frequented by the enemies. In such a situation, to extract him, towards the end of the mission, you can use the jeep, instead of the helicopter.