The mission objective, described below, is to eavesdrop on the interrogations of the four prisoners, which will be participated by the Afrikaans interpreter. This is a secondary objective, but due to the level of its complexity, a separate page has been devoted to it. You should take interest in this objective while replaying the mission. Apart from that, you need to keep in mind several things: 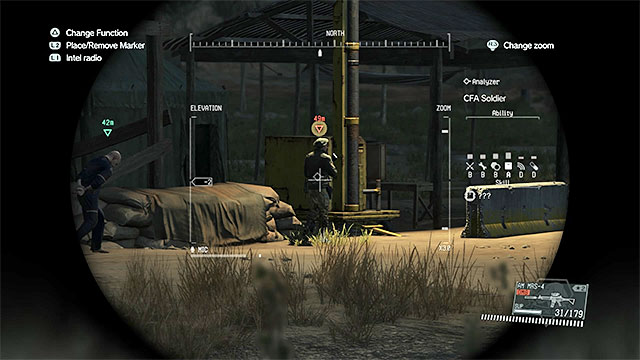 The interpreter is wearing a green beret

Pick the landing site as your starting point. Right after you land, head North, towards the landmark marked by the game. After you get close to the destination, use binoculars to identify the interpreter (he is wearing a green beret). Also, you need to eavesdrop on the short conversation he has with one of the POWs. 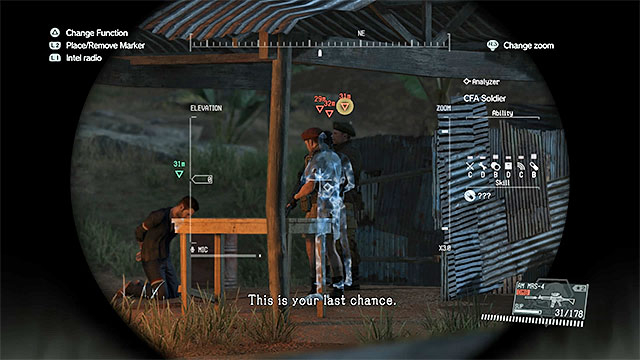 Follow him and ignore the fact that the prisoner, and one of the guards, go right. While following the interpreter, avoid being spotted by the soldier in the watchtower and by all of the other ones in your way. It is best to move along to the left of the road that the interpreter is traveling on, while keeping your distance. Wait for the moment at which the interpreter walks off the road and reaches one of the shelters. Stand in the spot, where you can see the prisoner shown in the above screenshot and listen to the conversation, using binoculars. 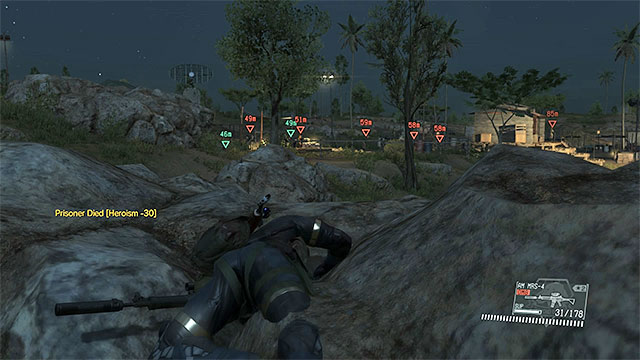 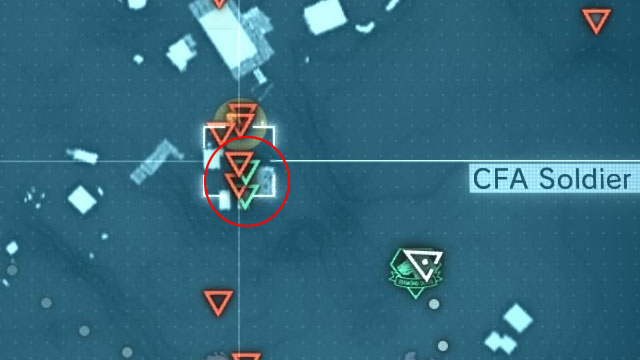 Right after the interrogation ends, you need to act quickly, because the interpreter will soon get on the jeep and head towards Kiziba Camp. As soon as possible, go there. Approach the camp from the West and walk around it from the South. Start crawling, because there are many guards in the camp. It is best to reach the rocks shown in the above screenshot, i.e. to the South-East of the cages with prisoners (one of them was here by from the beginning, and the other one is the POW that you have seen before). Wait for the interpreter to come along and, just like before, use binoculars to eavesdrop on the interrogation. 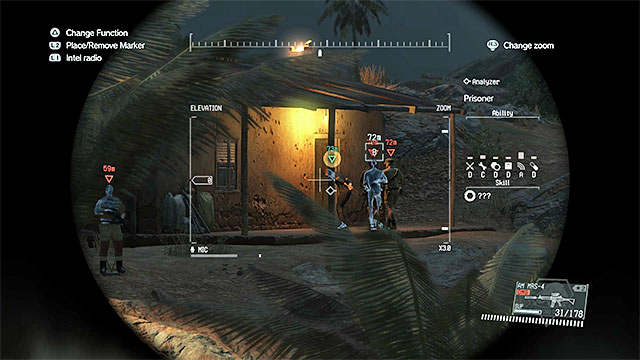 After the interrogation ends, the interpreter makes a brief stop at one of the nearby cottages and goes North afterwards. Use to your advantage the fact that you do not need to hurry and crawl slowly to the North, while avoiding all of the guards in the camp. Your last destination is the cottage shown in the above screenshot, where the Viscount ends up. If you have the upgraded binocular, you can take your position on the nearby hill and eavesdrop on the interrogation through the wall. Otherwise, you need to take the risk and approach the cottage to listen to the conversation through the window. Your objective should update after the interrogation of the Viscount.

Note - Try to restrain the Afrikaans interpreter to wards the end of the mission and fulton him to the Mother Base. Thanks to this, you will unlock the option to interrogate enemies, while playing missions in Africa.