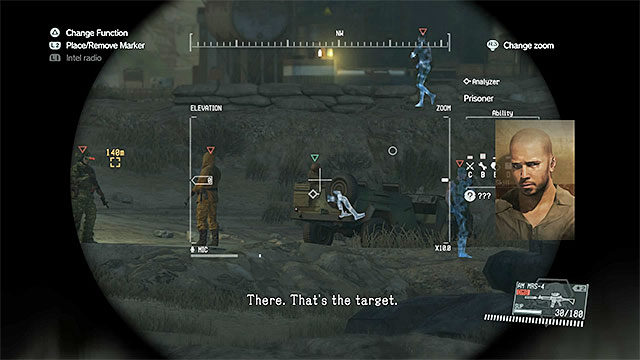 The jeep with Malak

After the mission starts, go North-West to Lamar Khaate Palace. Approach your destination and use binoculars to find the jeep parked by the yard. Malak is there. The vehicle will soon move Northwards (towards Yakho Oboo Supply Outpost) and you need to decide how you want to go about rescuing him. 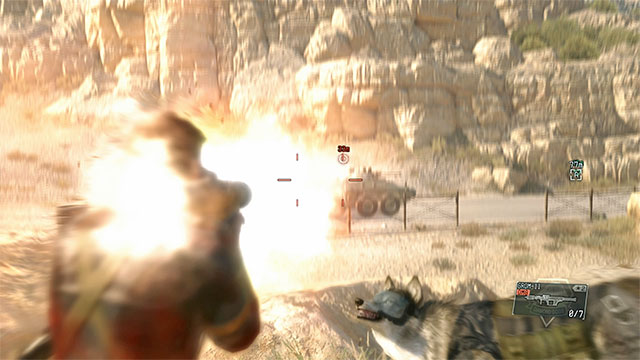 The best way to proceed is to attack the jeep when it is under way to the Northern base. Here, you need to keep in mind that there are two more handicaps. First of all, the jeep is being escorted by an APC. Secondly, the road to the North is being patrolled by several groups of the enemy soldiers, so you need to eliminate them first, or pick an unguarded spot for your attack.

Just like in the previous cases, it is best to use the cardboard box to stop the jeep, by placing it in the middle of the road. If it is the first time you are playing this mission, you need to start by destroying the APC, preferably with the rocket launcher. Then, deal with the soldiers from the jeep in any way you want - you can either restrain them or kill them. 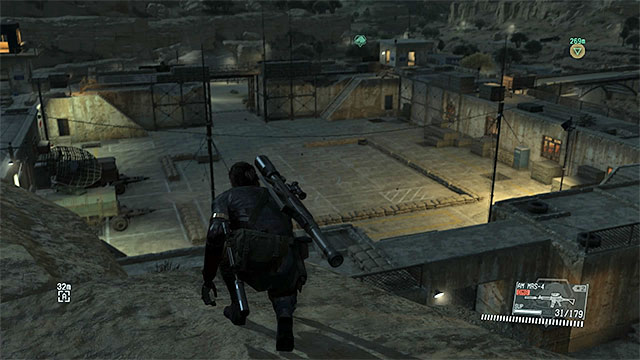 You can drop down onto the upper walls

If you failed to surprise the convoy on the way to Yakho Oboo Supply Outpost you will have to rescue Malak from there. This proves to be quite difficult, because the base is well guarded. Apart from that, there are several enemies patrolling the walls and watchtowers, so they can spot you from afar.

The safest way is to approach the base from the North or from the West. Still, this includes a longer walk or climbing near the river (the interactive wall). There are many ways to enter the base, e.g. dropping off the ledge onto the upper wall. After you do that, it is a good idea to eliminate 2-3 enemies patrolling the walls, but this is not too difficult. 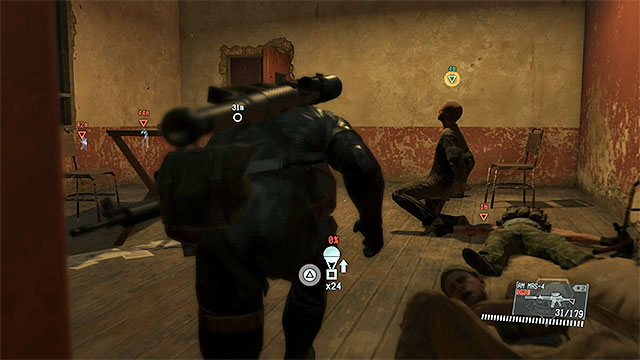 The room with Malak inside

Malak is being held at the bottom level in the Western part of the base. After you have cleared the upper walls, you should secure the main yard, which is being patrolled by two or three more guards. It is a good idea to use throwables to lure the enemies into seclusion. Malak should be guarded by two soldiers, so enter the building carefully and try to attack them by surprise, to prevent the alarm from being raised. Pick Malak up only after you are sure that you will not be spotted. 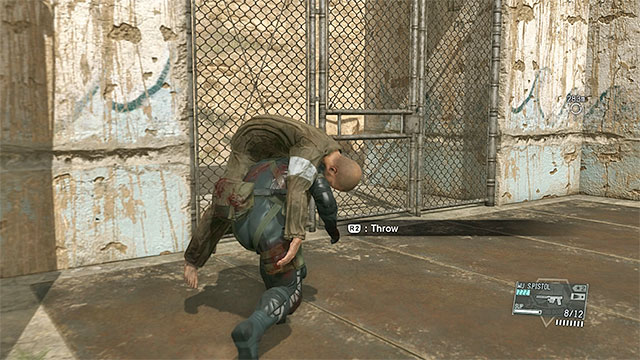 The last step is to extract Malak and, due to the wounds he has taken, you cannot fulton him. If you have rescued him from the convoy, you can steal the jeep and drive it outside of the map, or request pick-up.

If you have rescued him only after he has been transported to the base, you first need to leave. You can carry Malak out of the base through the Northern gate shown in the screenshot, but you need to know that it may be guarded. If you have eliminated all of the enemies in the base, the faster method is to get into the jeep and drive away. Just like above, you can end the mission by driving out of the map, or by requesting pick-up.