In Metal Gear Solid V, there are many ways to earn money and they have been described on the previous page of this guide. There are just as many ways to spend it. Some of your purchases have a tremendous effect on the game, whereas the others may be meaningful only in certain situations (e.g. when you are missing a piece of equipment which would allow you to complete a specific mission).

Note - Do not get carried away and be stingy with money. Always try to have spare several thousand GMP. In our other guide for MGS V, you can find a number of hints on how to manage your budget. 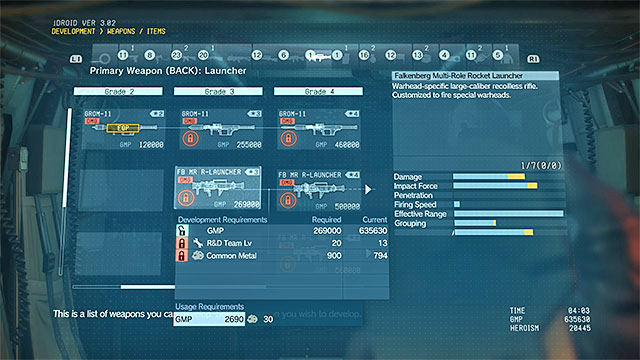 You should spend the lion's share of the money you have on research. This way, you can gain access, e.g. to new unique weapons additional gear or upgrades for your men. Try to invest, in the first place, into those of the inventions that will prove the most useful (e.g. a sniper rifle, a rocket launcher, enemy scanner or a new version of the fultoning device, fit for transporting large cargo). Leave the less important ones for later and do not try to invent everything at all costs, because you will not afford it, at first. 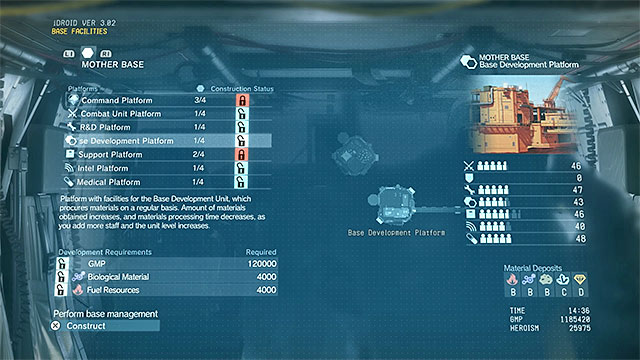 Build new platforms in the Mother Base

Another important category of investments is new platforms for the Mother Base and development of the existing ones. In this case, you need to keep in mind the steep costs, which often exceed a hundred thousand GMP per one plan. Fortunately, the game will halt your impulse to build more, because expanding the base often requires you to have, e.g. lots of resources. Just like in the case of the abovementioned inventions, try not to spend all of the money that you have, on expanding the base and leave a sizeable reserve. 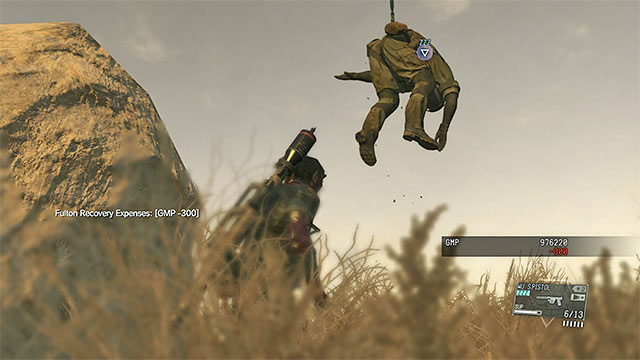 You also spend minor amounts of GMP during missions. You spend it mainly on: