GMP (Gross Military Product) is the currency in Metal Gear Solid V that you spend, among others, on research, expanding the Mother Base or requesting reinforcements during missions (to learn more, see the next page of this guide). Below, you find the most important methods of earning money, i.e. ones that ensure the greatest income. 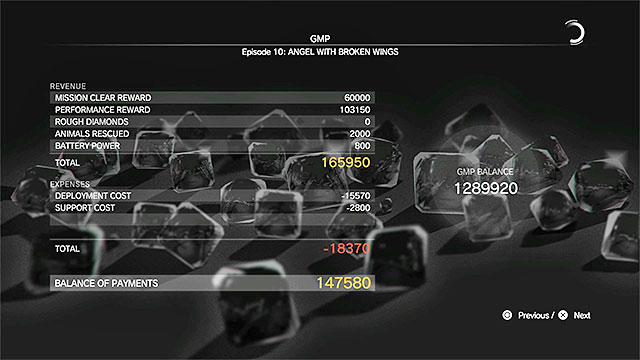 You receive a high payment for each mission that you complete

Unarguably, the best method of earning lots of GMP is completing main missions. For completing each mission, nearly always, you receive several thousands GMP and this can add to your overall budget considerably. The amount of rewards for individual missions is not predetermined, because the game calculates your overall performance in the mission. Try to complete all of the objectives and also try to avoid detection and killing other people. Apart from that, you can receive a high bonus, if you ranked S in that mission. 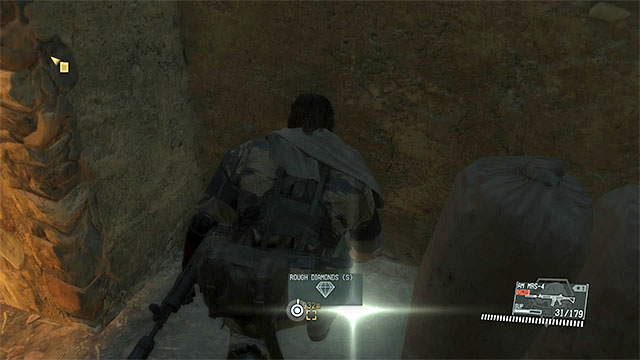 Diamonds are usually worth 10000 GMP a piece, although you can also find rare specimens

Collecting Rough Diamonds is another good method of earning money. Whenever possible, try to explore all of the locations that you visit during missions, thanks to which you will find, at least, several, while on mission (you can also search for them during free exploration of the game world). A single diamond is usually worth 10000 GMP, but there also are more valuable ones (these are hidden better), whose value reaches 100000 GMP.

Note - IF you have any problems finding diamonds, you can interrogate soldiers that you encounter. Some of them tell you where the diamonds have been hidden, which ads appropriate markers to your map. You only need to get there afterwards. 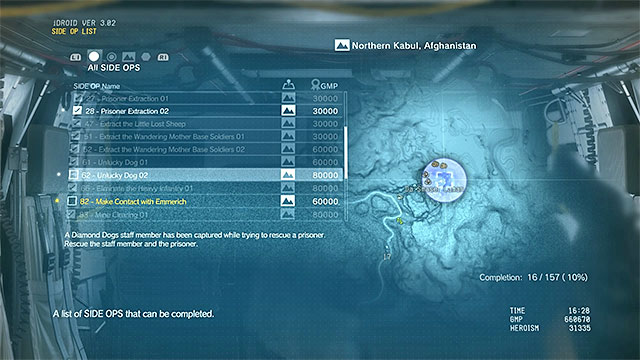 Side-Ops in MGS V are a good and stable source of income. This is so, because there are more than 150 of them in the game and you can earn, as much as, several thousand GMP from each. An additional incentive is the fact that side missions are usually very short (e.g. finding a blueprint or saving a single prisoner), thanks to which they are not too time-consuming.

Note - Some of the side missions can be replayed. You can do this if you need to quick fix of cash and you do not want, for some reasons, to start new missions suggested by the game. 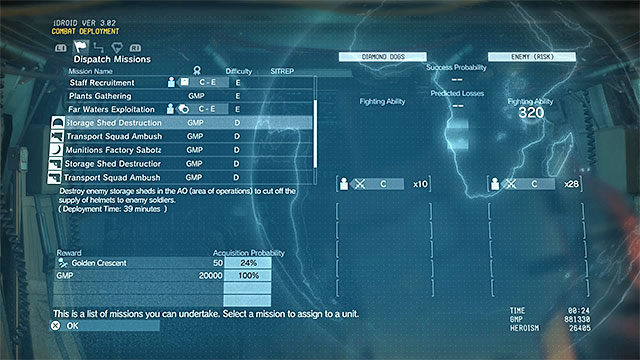 Dispatching your men on missions is risky, but it is also profitable

Later into the main campaign in MGS V, you also receive an option to dispatch your men on missions. Rewards for these vary, but you often earn more money for them. Therefore, try to have some of your men in the field, at all times, especially since the game does not make you follow their progress. If a mission is successful or fails, depends on the percentage coefficient for completing that mission. To learn more about this element of the game, see the other guide, in the chapter devoted to management of the Mother Base.