Unique opponents in Metal Gear Solid V can be divided into several categories and below, you can find descriptions of the four most important ones. Enemy vehicles have not been listed and they have been presented on the next page of this chapter. 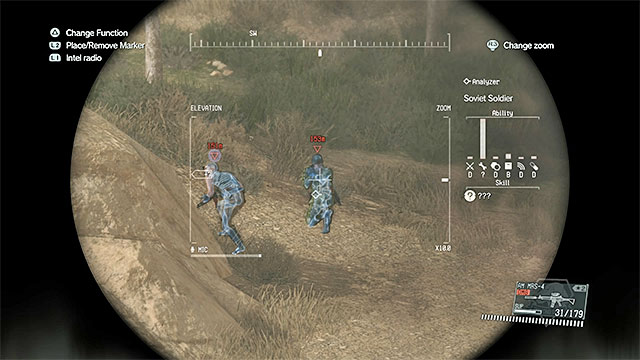 Snipers in MGS V are as annoying as in nearly any other action game. Usually, their range of vision and firing is long and it is difficult to spot them quickly, due to their positions, or outfits. You can secure yourself against potential sniper attacks thanks to reliable reconnaissance. If you fail to spot the sniper quickly, try to lie down or hide behind the nearest cover, after which you should plan on your next actions. The easiest way to eliminate snipers is with a scoped sniper rifle, or by getting them from the side or from behind (if they still have not spotted you). The most extreme means is summoning air raid onto the sniper's positions, but you should do this only if there is one occupying an area that is more difficult to access and this makes it difficult to complete the mission. 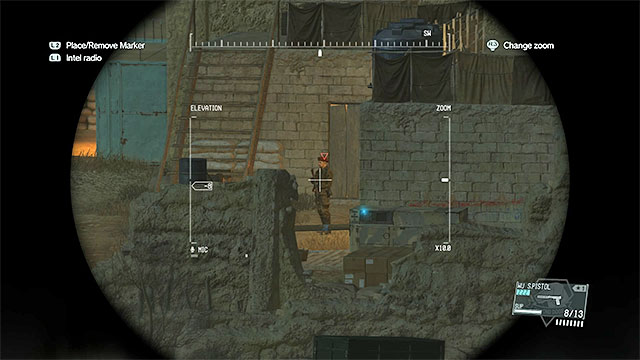 You keep encountering enemy commanders and single officers, virtually, from the beginning of the game. In themselves, they are not a serious threat to you, but they can summon reinforcements much faster. If possible, it is a good idea to restrain them and fulton them on the balloon to the Mother Base, because the possibility of obtaining a valuable personnel member is high then. Still, keep in mind that they are usually difficult to get to (e.g. deployed in the center of a big base) and they often are guarded. 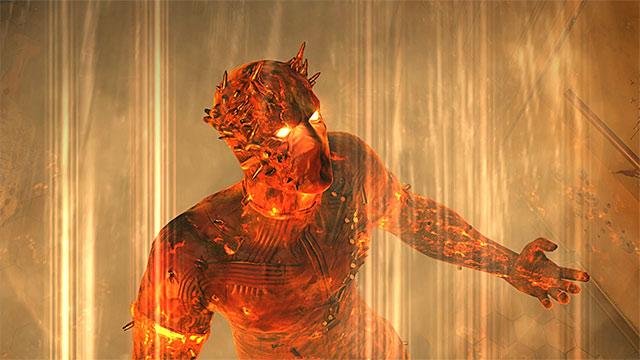 Man on Fire is the fits boss that you encounter

Bosses are unique opponents that appear, nearly exclusively, in main missions. You rarely encounter them, but nearly each one of such encounters is a big challenge, because they have unique skills and a separate (extended) health bar. Walkthroughs for all the boss battles have been provided in the walkthrough for the game, because each of such encounters is a unique experience. 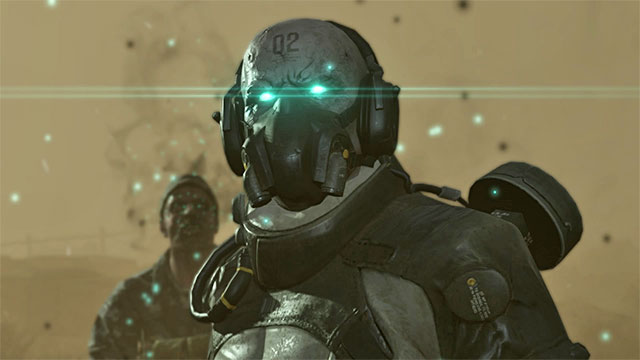 Stay away from "zombies", because being spotted means lots of trouble

The Skulls also are unique opponents. At first glance, they resemble sluggish zombies, but this only seems that way. Starting with the moment, at which they spot you, they become very agile and pose threat greater than any other standard opponent that you encounter throughout the game. If possible, (and if the mission allows that) stay away from them, thanks to which they do not spot you and do not attack. If, in spite of your attempts, you have been detected, there are two ways to handle this -fight or flight. Fighting them is a good idea only if you need to stay in this very area and you come well armed. The best weapons to use against zombies are rocket and grenade launchers. Escaping is the best solution if you do not need to stay there. However, keep in mind that escaping on foot is doomed to fail, because zombies move very fast. As a result, you need to use a vehicle or (which is a better idea) the horse.

Note - During your encounters with the Skulls, the entire area is veiled in fog, which means that you cannot request air support nor the pick-up chopper. This is an additional incentive to make you avoid such places, instead of trying to fight them.