Note - Rescuing the six prisoners is an optional objective, but because of the complexity of this task, we decided to devote a whole page to it. It is best to deal with this task when completing the mission the second time, because you should then focus only on this objective (but don't forget about destroying one APC!). The order of rescuing the prisoners described above will allow you to be sure that you will be on time and no one will get killed.

Note - You can make the task easier for you by taking D-Dog to the mission. The prisoners will be automatically marked on your map (D-Dog just needs to get close enough to them) and you won't have to slowly explore the area or use the binoculars often. 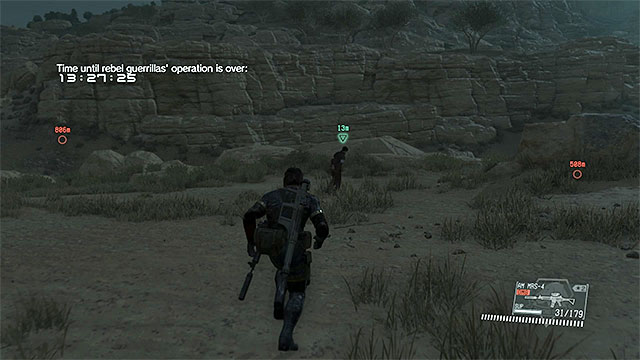 Check the area around the southern landing site.

Select the landing site in the south-western part of the map as your starting point (the one near Lamar Khaate Palace) and when you're on the ground, look around. You should find the first prisoner right here, or after walking a dozen or so steps to the north. 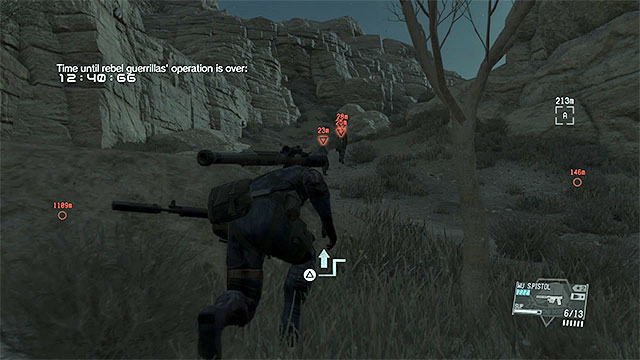 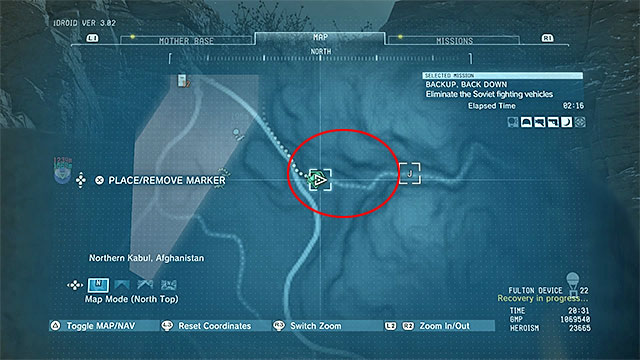 Now you have to be quick, because the life of the second prisoner is in danger. Find the mountain path going from Lamar Khaate Palace that should be to the north-east from your position. It leads to outpost number 15. After a while, you should meet an enemy patrol consisting of four soldiers - their location is shown on the pictures above. There is a hidden objective connected to the patrol and to complete it, you need to catch them alive. Use a pistol to put them to sleep and try to aim at the heads. Hide in the grass to stay unnoticed. When all the enemies are unconscious, Fulton them to Mother Base. 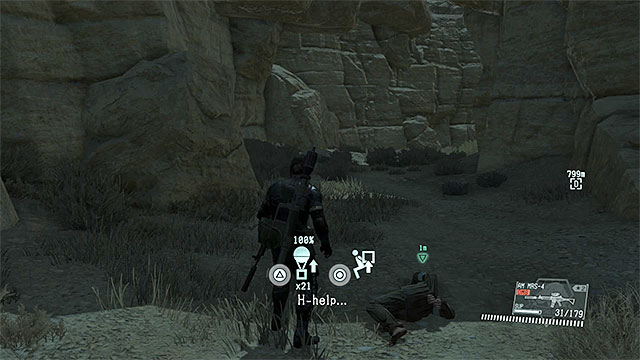 Stay on the mountain path and head east. Soon, you will reach the location of the second prisoner. He will be lying on the ground (the picture above). Fulton him as well. 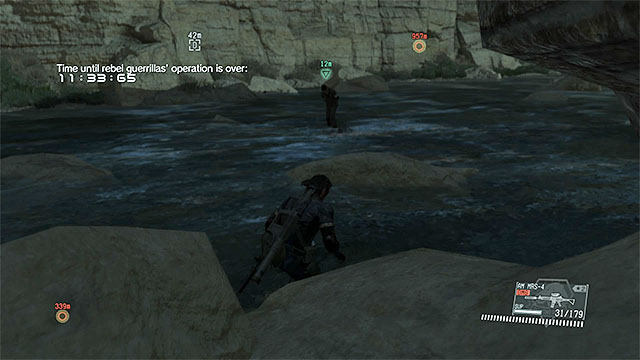 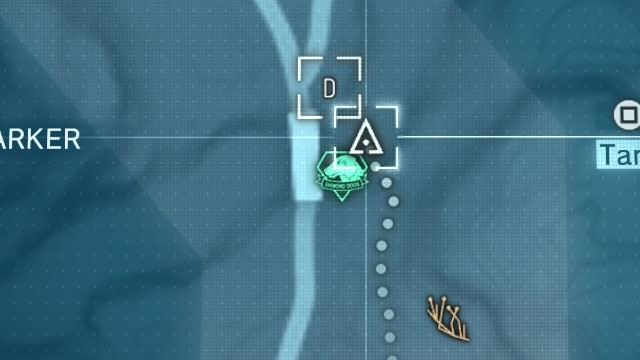 Now you should take an interest in the bridge over the river, which is located north of outpost number 12, not far from it. Go under the bridge and look around. You should find the prisoner in the place shown in the screen above. He can be either under the bridge or a bit to the west of it (depending on how fast you get there). 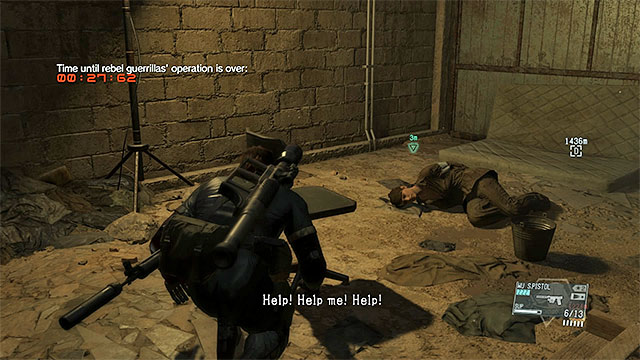 Reach the basement of the barracks.

The fourth prisoner is held in Wakh Sind Barracks, which you already know from previous missions. You have to reach the basement of the building in the upper part of the barracks. The prisoner is in the same room where the engineer was and he is guarded by 2-3 enemies (you should knock them out). Open the door, pick up the prisoner and exfiltrate him the same way as you did with the engineer - placing him under the hole in the roof and Fultoning him. 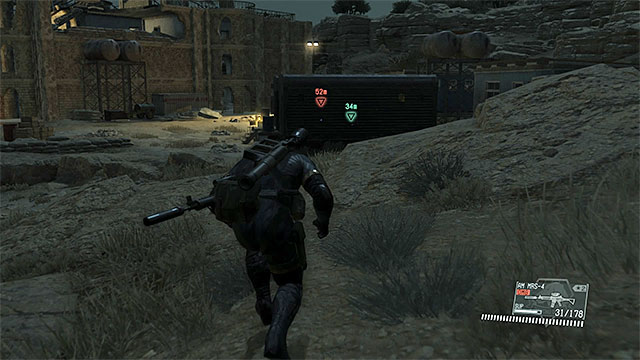 The cage with the prisoner.

The fifth prisoner is located in a cage near Lamar Khaate Palace. You don't have to eliminate all the soldiers in the palace, but just knock out or kill the ones near the cage. You should do so, because Big Boss will need a few seconds for opening the door and carrying the prisoner out to Fulton him. 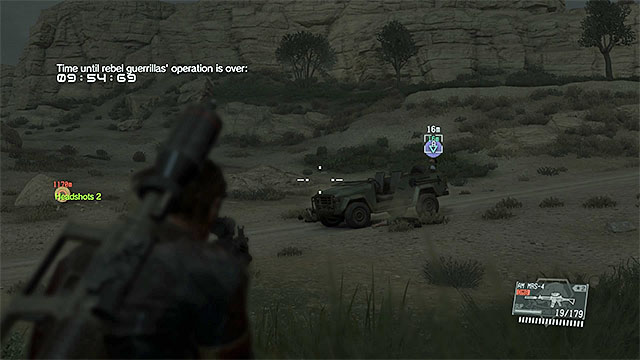 Block the vehicle's way, neutralize its crew and rescue the prisoner.

You shouldn't leave the sixth prisoner for the end, but rescue him as soon as you have the chance. You mustn't be late. Wait until you're informed about a jeep with the prisoner that appeared on the map. It will start from north of Yakho Oboo Supply Outpost. First it will go a bit to the south and then turn east. Stand in any place on the jeep's route and place some obstacle (for example a Cardboard Box). Wait until the vehicle stops and use any weapon to knock out or kill the crew. You can now pull the prisoner out of the vehicle and Fulton him, or Fulton the whole jeep (only if you have CARGO 2 upgrade).