Note - Three tanks and one gunship will appear on the map after 15 minutes from the beginning of the mission, or after you eliminate all 7 APCs. Eliminating the new machines is not mandatory, nevertheless, we will devote a whole page in the guide to this topic. 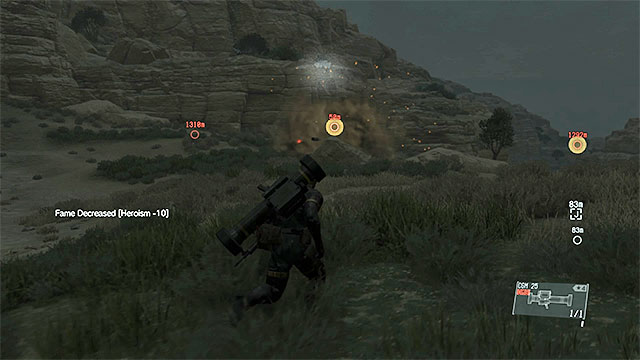 The CGM 25 launcher will do well against tanks.

The tanks will appear simultaneously in three parts of the map - near the northern, eastern and southern edge. The machines will start patrolling the nearby area, so you can approach them in a place of your choice. If you are completing the mission for the first time, the only way is to destroy all the tanks. You can use your rocket launcher or the one from the truck - CGM 25 (you will find more details on the page with other optional objectives). However, if you already have the CARGO 2 upgrade, you can block the tanks' way (for example with a jeep), approach them carefully and Fulton them. 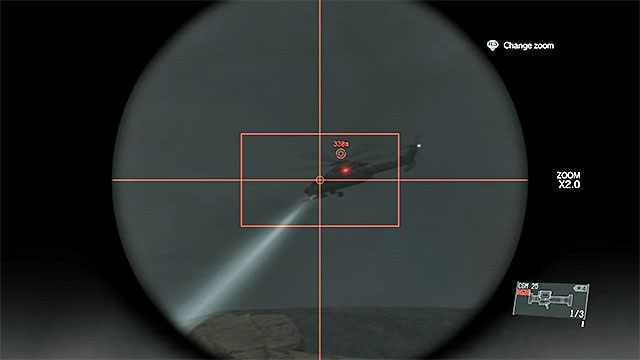 The gunship is flying over the entire map.

Besides the tanks, a gunship will also appear on the map. You have to shoot it down and it is not very easy to do, because you need to have a good rocket launcher (preferably one that will automatically lock the target and destroy the gunship with just one missile). Don't use weaker launchers or grenade launchers, because if you damage the gunship, the pilot will start escaping the mission area and it will be difficult for you to stop him.