Before we go to a more detailed description, you should read some information about the unusual features of this mission. 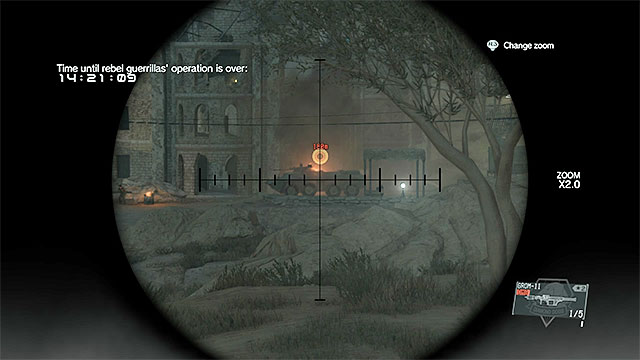 Attack the armored vehicle parked near the square.

Select the landing site located in the south-western part of the map as your starting point (the one located the closest to Lamar Khaate Palace). After landing, approach the palace and use the rocket launcher to destroy the APC parked nearby. Depending on what rocket launcher you use, you can eliminate a vehicle with one missile, or you may need two or three.

Note - Try to destroy this APC every time you repeat the mission. It doesn't take a lot of time and will prevent any complications, like for example all the APCs leaving the map when you are busy doing other things.

Note - Theoretically, you can focus on other things, but it is good to eliminate all seven APCs to earn more points. 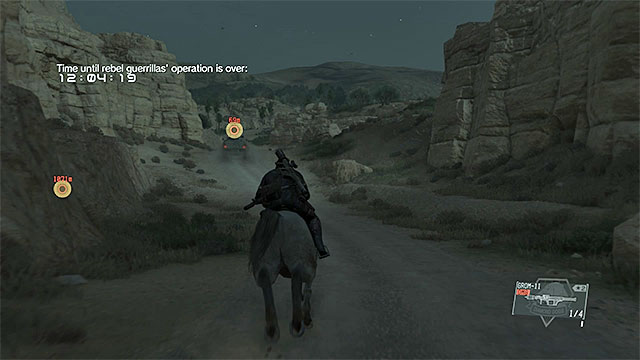 Quickly get on your horse and head to the second APC marked on your map, which is going north. You can't let it leave to mission area. You can try to overtake the vehicle and block its way with for example a Cardboard Box, or jump off the horse and use your rocket launcher (stand near some covers, because you may be attacked). 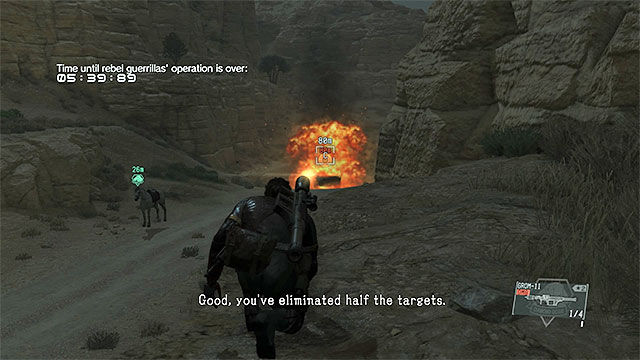 The northern road is a good place for preparing ambushes.

The next APC will appear on the map during the mission. You will see them in the southern part and they will be heading north, with one exception - the APC from Yakho Oboo Supply Outpost, which will start going from there after a few minutes. The best way to deal with all the five machines is to ambush them on the road in the northern part of the map that leads beyond the mission area. If you have a good rocket launcher, you should have enough ammo to finish the task. Otherwise, you will need to call for support (you won't complete one of the optional objectives) or stop the truck carrying a CGM 25 launcher (more on that in the chapter about optional objectives).

After 15 minutes, or after eliminating all seven APC, you will have the option of exfiltrating using a helicopter. You can either do that and finish the mission, or stay in the mission area and deal with the three tanks and a gunship that will appear. This task is described on the next page of the guide.