Extract the commander and the soldiers riding in his vehicle 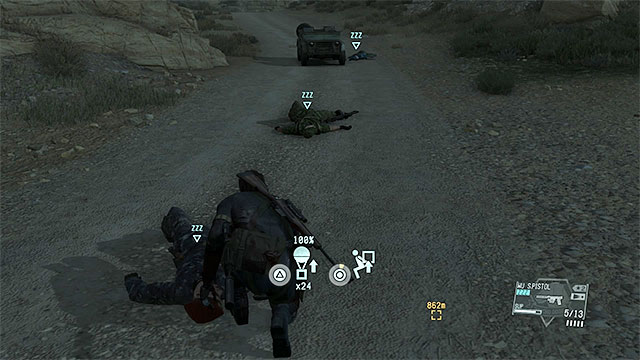 Knock out the whole crew of the jeep.

This objective is directly connected to the exfiltration of enemy commanders, which is described earlier in the guide. However, the description of this task that you can find on the objectives list is not precise enough, so we need more details. You need to exfiltrate four soldiers in total. Only two soldiers assist each commander, so you need to stop two vehicles to complete the task.

You should start the mission by choosing the landing site in Da Wialo Kallai. Head to the road between the village and Wakh Sind Barracks and block it quickly, for example by placing a Cardboard Box in the middle of it. Wait until the vehicle arrives. Use your pistol on the commander and the two bodyguards, starting from the soldier that should stay in the jeep. Shoot without any longer pauses and aim at the enemies' heads. Stay in the bushes or behind the rocks all the time so that you don't get spotted. 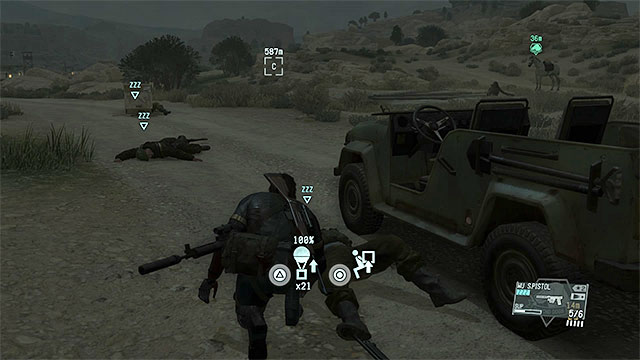 It is best to stop the second vehicle when it's going back to Shago village.

After knocking out and fultoning the first commander and his escort, head to the road between Da Wialo Kallai and Da Shago Kallai. Most probably, you won't be able to catch the vehicle as it is going to Wialo village, but you just need to wait a little longer and prepare an identical ambush. Place any obstacle on the road, hide in the bushes and knock out the crew when the jeep stops. When you fulton enough people, the objective should be completed.

Listen to the end of the 3 commanders' conversation 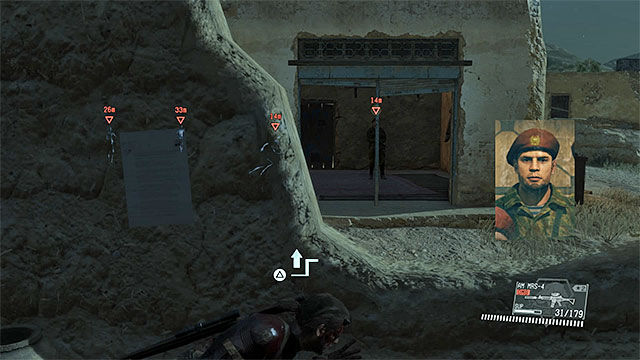 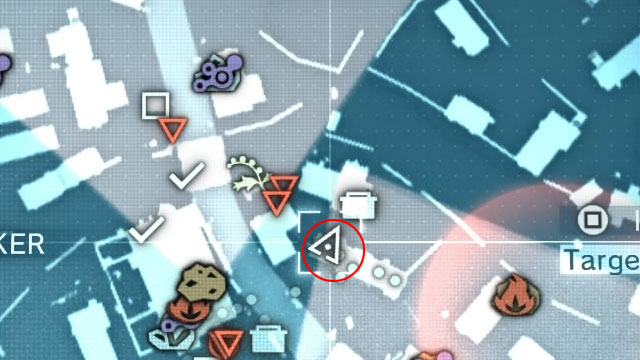 You should start completing this objective right after the mission starts. This way, you won't be late for the meeting. Select the landing site south of Da Wialo Kallai and head to the village as soon as you get to the mission area. When you're close to your destination, start crouching, but try not to eliminate the nearby soldiers, because you may raise the alarm. If you have to knock out or kill a soldier, hide his body.

The destination is shown on the pictures above. You have to get inside the building that is next to the one in which the first commander is (he is waiting for his colleagues to arrive). Stand near the broken wall and make sure that you won't be noticed. You should be about 15-20 meters away from the building in which the meeting takes place. Now you just need to wait for the two other officers to arrive. You don't need to do anything more. Just stand there and wait until the meeting ends.

Note - the objective will be completed right before the commanders walk away. You can use this fact to kill them (for example by throwing a grenade inside) or knock them out (it will be more difficult because of the guards). 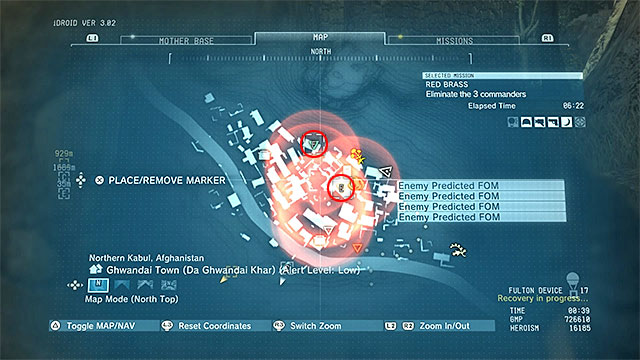 This is the least complicated optional objective in the mission. Head to Da Ghwandai Khar. You can try to find the prisoners by yourself (their location is shown on the screen above) or interrogate a few of the soldiers. You have to pick up each prisoner from the ground, carry him out of the building (remember to clear the area first so that nobody sees you!) and fulton them.