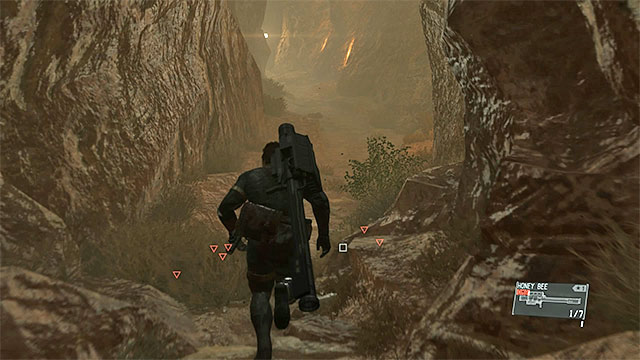 Get out of the cave with Honey Bee.

After taking Honey Bee (it will replace the second main weapon in your equipment), go back the same way towards the exit. If you haven't got rid of the enemies in the caves, you need to avoid them again so that they don't sound the alarm. When you get close to the exit, you will watch a cut-scene and a group of Skulls will appear in Da Smasei Laman. Now, you decide how to react. 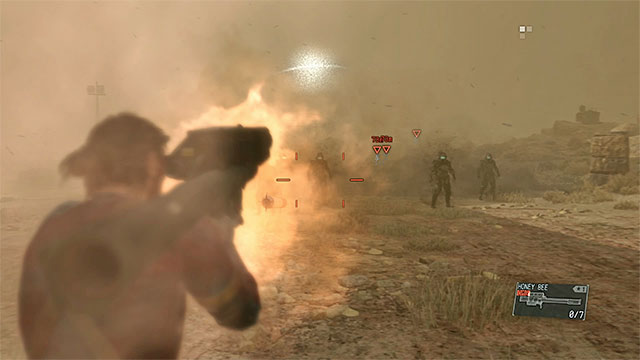 You can use Honey Bee to eliminate the zombies.

You can act in two ways. The first possibility is to eliminate the Skulls, which will allow you to complete one of the optional objectives in the mission. You can use Honey Bee to kill them - try to aim directly at the enemies and look for an occasion when there are several of them close together.

However, it is not a very good idea to use Honey Bee, because losing the whole ammo will prevent you from completing another optional objective. Alternatively, use a grenade launcher or a rocket launcher, which you should've taken with you for this mission. In the last resort, use an assault rifle and grenades. No matter what you choose to do, keep your distance from the Skulls and try to stay on the move. 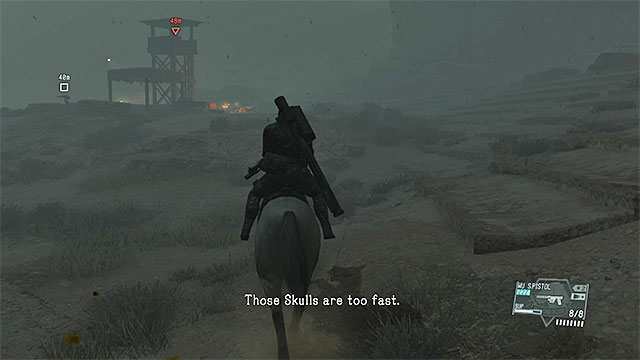 Escaping on horseback is the best way.

The second way that you can choose is to escape the enemy base without fighting. If you want to save ammo for Honey Bee and obtain an S Rank in this mission, this is the thing to do. When you regain control over Big Boss after the cut-scene, summon your horse and start escaping. Gallop towards the southern exit from the base and ignore the fact the Skulls will try to chase you. After leaving the base, head North and you should lose the pursuit after a while.

In both cases, you need to leave the area at the end of the mission. A helicopter will be summoned automatically, so reach the landing site and finish the mission.