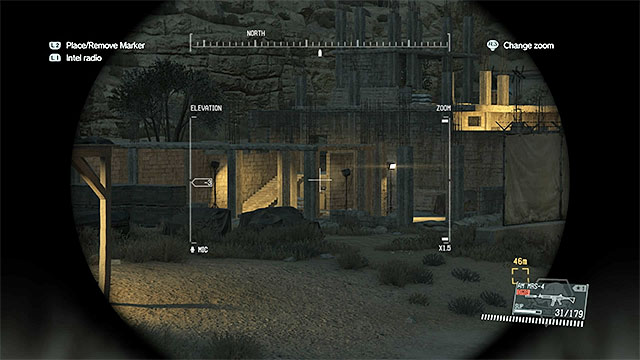 The engineer has been imprisoned at the ground floor of the unfinished building shown in the above screenshot, in the upper part of the Wakh Sind Barracks. You need to keep vigilant here, because the surroundings of the building, as well as its individual floors, are being patrolled by 2-3 enemies. Do not let yourself be surprised, especially if one of them gets to the rooftop of the building. It is a good idea to eliminate quietly all of the opponents here, thanks to which they will not interrupt your rescue mission, later on.

Note - If you want the game to mark the building that you are looking for, grab a soldier and interrogate him. 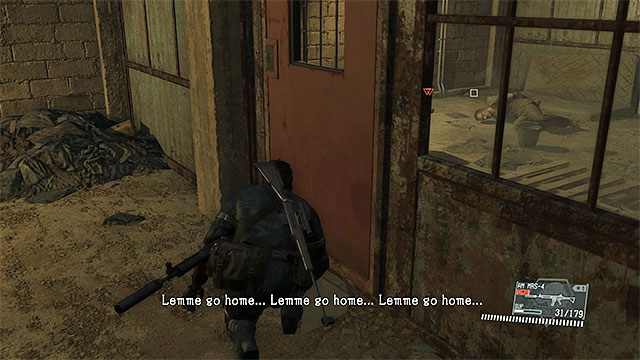 The room with the engineer

To get to the basement with the engineer, you need to climb down the stairs and you find them in two different locations (it does not really matter which ones you take). After you get to the basement, start sneaking, in case here still are some enemies here (if so, use covers and try to knock them down from behind). The Engineer is in a locked room - approach the red door and hold down the action button to open it. 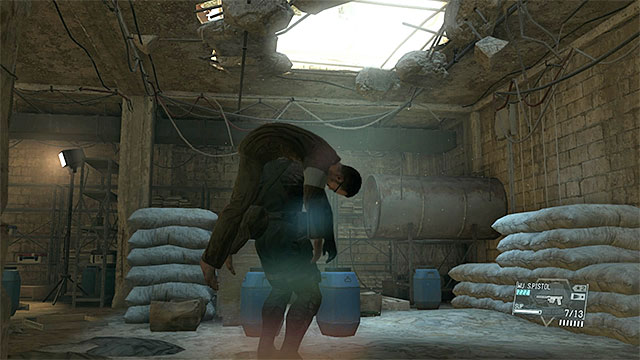 Approach the engineer and pick him up. I recommend against carrying him outside. Instead, walk over to one of the neighboring rooms in the basement and find the hole shown in the above screenshot. Put the engineer down under the hole and fulton him, i.e. send him to the Mother Base using the balloon. This will complete the side objective of the mission.

If you want to end this mission now, you can leave the barracks, best use the way that you came. Just like in the previous main mission, you can either request a chopper pickup or leave the mission area, which completes it automatically.