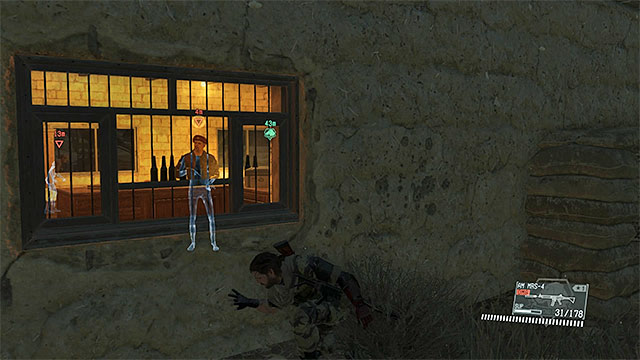 Sneak to the window through which you may see the commander

You may eliminate the Spetsnaz commander in few ways. If you don't have a sniper rifle you have to get to the Da Shago Kallai village however you need to watch out for guards spectating the area from the roofs and from the watchtowers (they may also use some headlights during the night). Some soldiers will also patrol the areas nearby the center of the village. You can neutralize and hide the bodies of some of them. Try to stay away from any group of enemies.

The best way to kill the commander is by using the silenced gun and shoot him from a window when he will not look directly at you. However you may also throw something at him to make him leave the building and give yourself a chance to shoot him in the head from a cover or a bush. 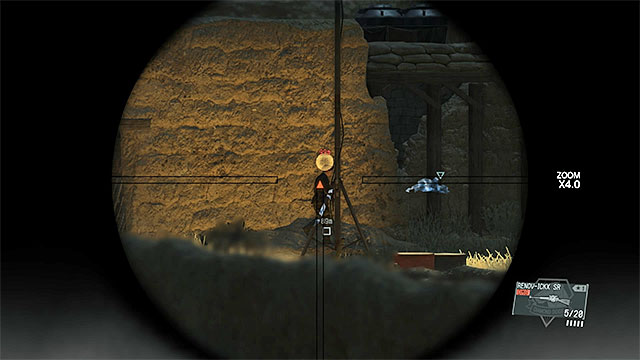 Try to hit him from over a hundred meters (330 feet)

If you have a sniper rifle you may just take the commander almost down right on the beginning of the mission. If you will not catch him in time keep walking around the village and get to the northwest part of the area. Find a window from which you may see the commander. You may also make him leave the building and try to lure him somewhere where he will be isolated. When he will be on an open field you may easily take him down.

Warning - While firing from a sniper rifle try to be at least 100 meters from your target (you may easily tell the distance thanks to your binoculars). It will help you complete one of the side quests.

Warning - To finish this mission you need to call a helicopter and get to the evacuation area.