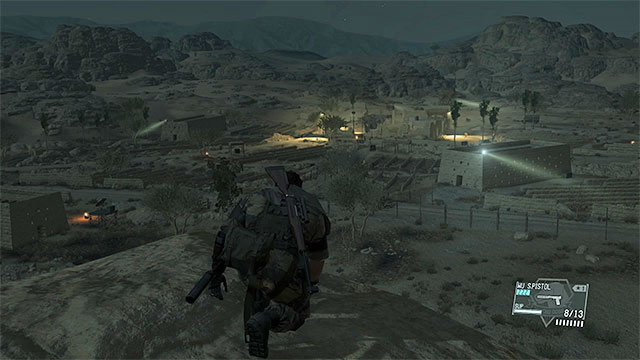 Selecting a landing area for a helicopter is not very significant. Both of them are safe and far away from the village. Go to the Da Shago Kallai village however don't rush yourself but make a careful reconnaissance instead. Try to reach the rocks northeast of the village where you may see the entire place from a distance and without any serious obstacle you may spot the guards and other important objects. 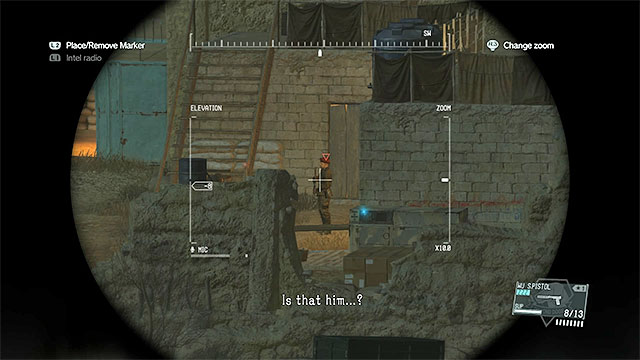 The Spetsnaz commander you are looking for wears a red beret (you may also see him on the screenshot above). At first he will participate in a briefing on the field and later on he will go to the building in the middle of the village. From now on you may get to him by infiltrating the village and getting to the building's entrance of to the spot from which you may see him by the northeast window.

Now you have to decide how do you want to act later on: