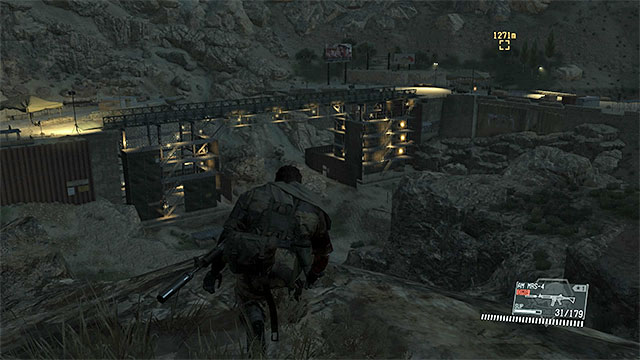 Before using the binoculars, find a good viewpoint

Reconnaissance is an important part of Metal Gear Solid V and you should do it whenever you're not rushed by the current mission objectives (like reaching a specific point of the map in time limit or escaping from enemy forces). Skipping this step might have very grave consequences, usually in the form of sudden confrontation with enemy forces, during which an unprepared hero will be at a disadvantage.

Start a reconnaissance whenever you're getting close to a unique location on the map, no matter if it's a small outpost near the road or a larger location (like a village, barracks or military base). Before you do something, make sure you're not too close to the location which you intend to explore (at least 150-200 meters from it). Look around for some higher ground (it might be even a guard tower) from which you will have a good view of the whole location. At the same time, make sure that large buildings won't hide too big a part of the location - in that case you will have to visit more than one viewpoint to examine the whole location (for example, you will have to check the location from the North and from the East). 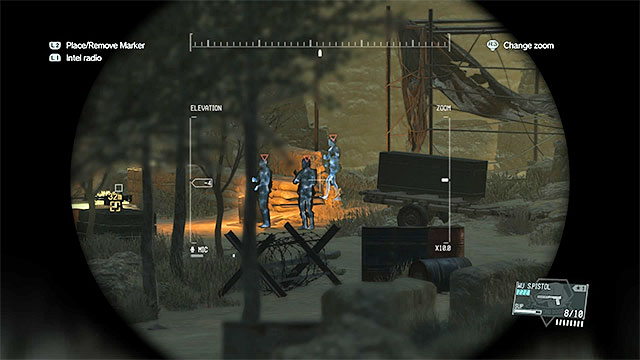 During the reconnaissance, try to learn as much as possible about the territory which you will soon infiltrate

After you reach a viewpoint, select the binoculars from the inventory, set it to medium or maximum zoom (it depends on how far away from the examined location you are) and start the proper reconnaissance. During the examination, look mostly for enemy soldiers and for currently active military vehicles (armored vehicles, tanks etc). Allow for the found enemy forces to be automatically marked by the game, this will let you track enemy movement. It's a very important matter that makes the game much easier. Marked enemies will remain visible all the time, you can see them even through walls. Thanks to that, you don't need to leap from each corner and wall to check their current position.

In addition to soldiers and their vehicles, during the reconnaissance you should also keep attention to: