The following page of our Medievil game guide includes a walkthrough of the Enchanted Earth level. Sir Daniel Fortes, after obtaining the Dark Artifact and two Dragon Gems, goes North to the enchanted forest. However, not everything will go according to plan.

There is a second level hidden here - Ant Caves. At the beginning of the game go left towards the cauldron and use the Witch's Talisman to summon and help her. The walkthrough of this level is located after Enchanted Earth 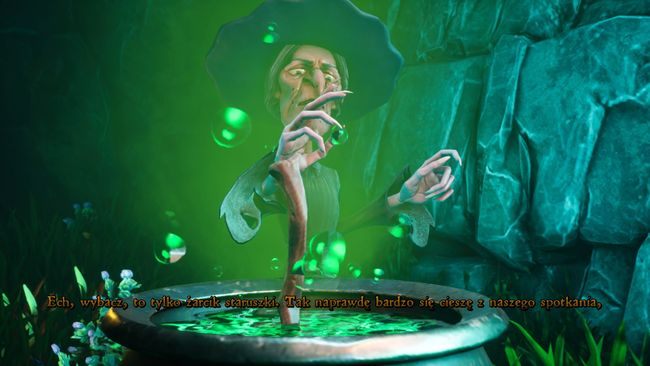 Near the witch there is a first book and Poisonous Plants to kill. On the right is another book. Now go towards the lake, get rid out the forest creatures and you should notice yet another book. Heal wounds at the fountain and go around the big tree in front of you - behind it you can find bellows. Now get on the wooden footbridge on the ropes and it will take you to the Dragon Bird nest. Climb the mushrooms to reach the top, quickly push all the eggs out of the nest and avoid the bird's attacks. In one of them is the Earth Rune. Now go back down to the lake. 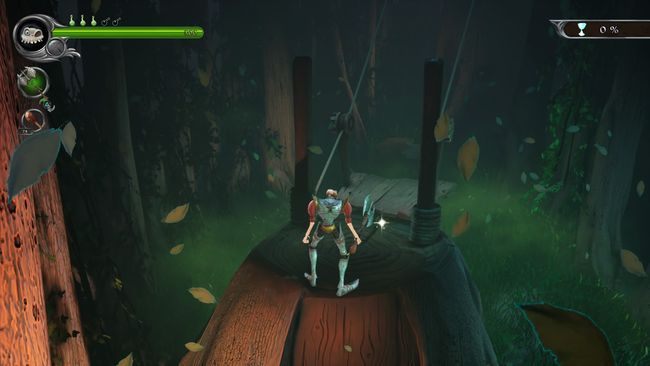 Find the door opened with the Rune and take down the extremely annoying frog. Carefully jump over the trunks to the other side. Use the Shadow Artifact to open the gate and solve the puzzle by pressing the buttons in the following order:

Take the Shadow Talisman and run towards the exit (you will come back for the Chalice after defeating the boss). After getting "scolded" by the Gargoyle, return to the beginning of the level through the gate, taking out demons along the way. Watch out for them, as they deal a lot of damage - they take high damage from Spears (4 of them are enough to take down a demon). Once at the beginning of the level, you can purchase equipment for the boss fight. Fire arrows, spears and as much health as possible are recommended. You should be able to collect the Chalice - go back to where the Talisman was and pick it up. Return to the lake again and use the Talisman to deactivate the currents in the statues. 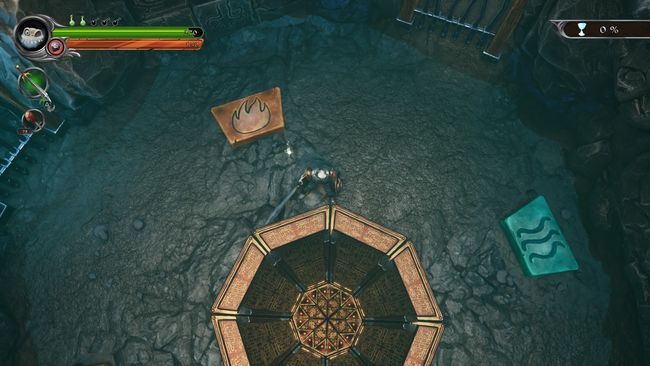 You have to fight the next boss - Demonettes. They can be both a simple and a very difficult boss, as they can tilt the platform and throw you into the abyss, resulting in your death. You should use fire arrows and spears as quickly as possible. Once you defeat them, you will receive the Star Rune, the "Demolished the Demons" trophy and access to two fountains of health and treasure. Once you've healed the wounds, jump into the hole in the tree next to the two health vials. Now, using the rune, open the gate next to the gargoyle who "insulted you" and leave the place. 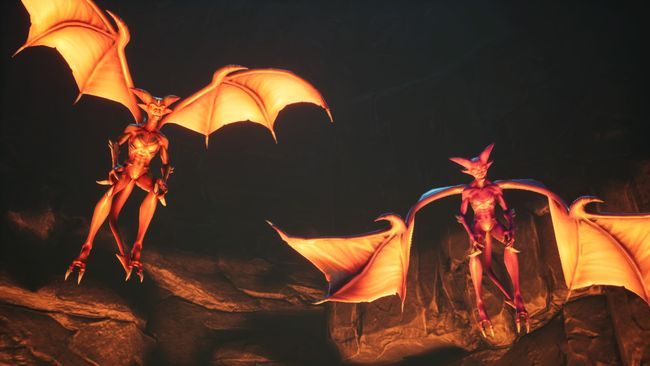