The following page of our guide to Medievil features a walkthrough for the level Inside the Asylum. Daniel Fortesque enters the asylum. Now, he must break through the hordes of madmen in order to save the mayor.

In the beginning of the level, fall down and keep defeating all foes until a trapdoor opens. Jump into the hole and defeat another wave of enemies. This time they will be accompanied by two cannons that will shoot at you, so don't stay in one place. Fire Arrow (the weapon obtained from the Centaur in the Hall of Heroes) is very effective against these enemies. You charge this weapon with circle and then shoot an explosive arrow that will burn everyone around the explosion. Once you kill everyone, a door to the next room will open. There, you must fight zombie madmen, bats, and headless zombies. Once you defeat everyone, don't jump into the hole. Instead, collect the Silver Shield and the treasures that will fall after you defeat the wave. 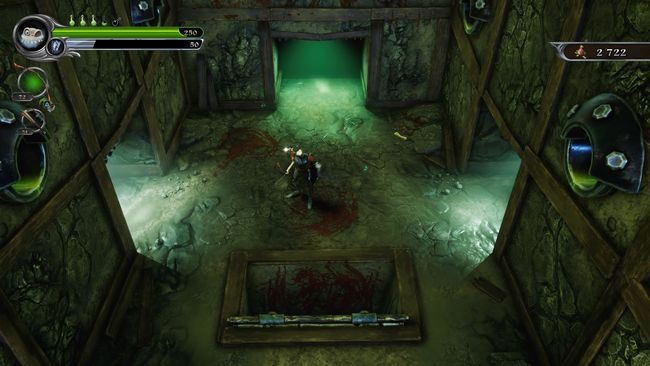 Now, you will fall into a round room with new enemies. Destroy the whole horde of madmen. Once the wave ends, collect the health vials and buy some ammunition from the Gargoyle. Now, it's time for the final arena that features two cannons, madmen, and lava that splits the room in half. Falling into the lava is an instant death, so be careful. Leave the arena, collect the gold, the Chalice, and the Earth Rune. Open the cell with the mayor and collect the second Dragon Gem. 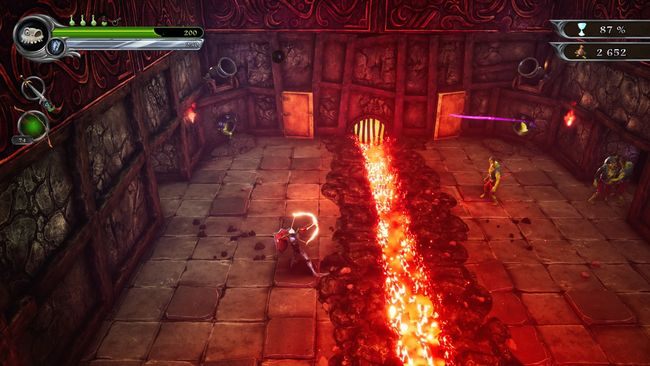