The following page of our guide to Medievil features a walkthrough for level The Asylum Grounds. Daniel Fortesque goes to an asylum, where he is trying to save the mayor. Accept Jack Green's challenge and solve unusual riddles!

There is a book in the beginning of the level. A bit further you will face new enemies - mad monks and a hedge. Go to the right and speak with Jack Green. He will give you the first of five riddles. 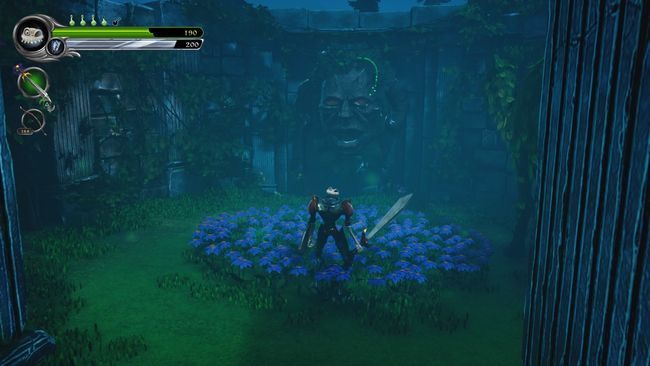 The first puzzle: You must destroy five hedge stars.

The first star is near the gate, next to the hedge dragon. 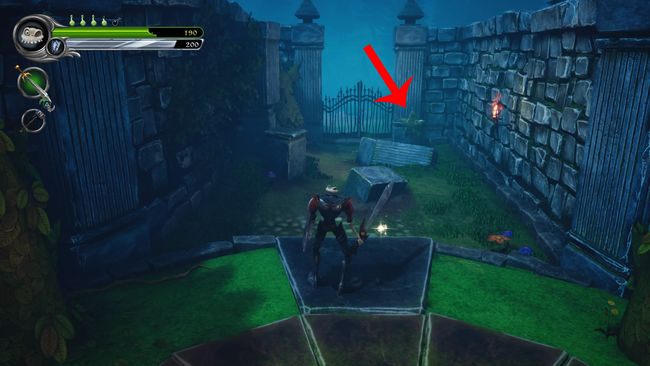 The second one is in the maze. Go to the right at the first crossroad. 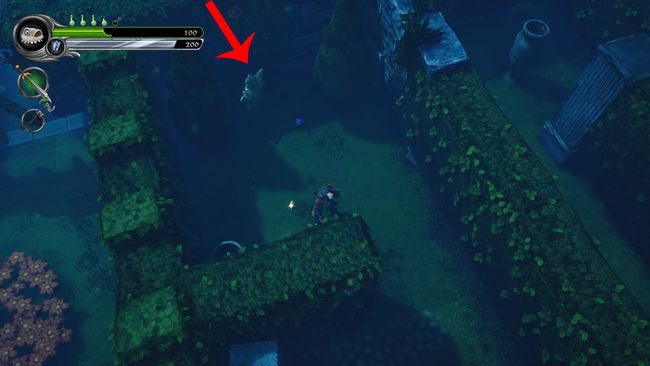 The third one can be found if you go to the left on the first crossroad and reach the area with the bell. Another monk will wake up his allies and you will have to deal with them. The star can be found on the left from the bell. 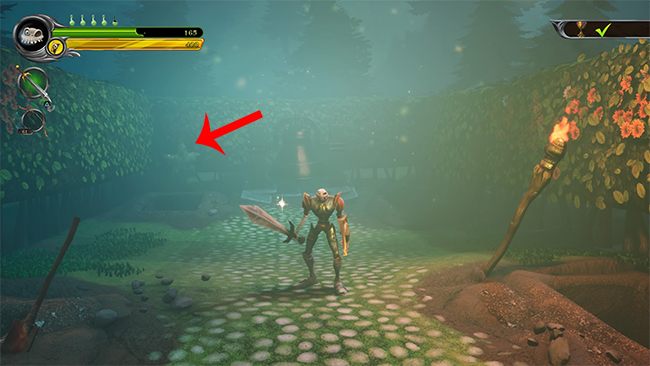 The fourth one can be found by going further through the maze and reaching the hedge that looks like Zarok. Destroy this hedge statue and the star on the right. 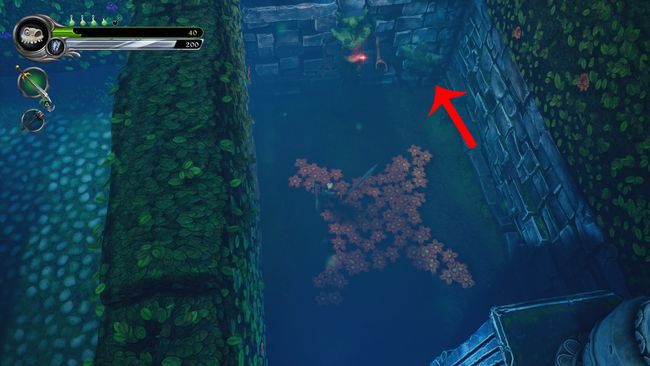 The fifth star can be found in the beginning of the level, near the place where you will place the Chaos Rune. 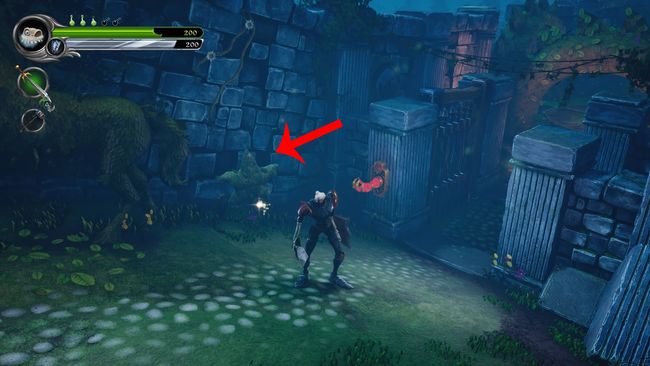 Go back to Green and you will hear another riddle.

Second puzzle: You must complete the minigame in which you must turn the smiling rocks towards the clown.

Go to the new area in the maze. Read the book on your way there. The simplest solution is:

hit each face once

Go to Jack to receive another puzzle.

The third puzzle: This one is more like an action sequence. You must lead the mouse to the maze elephant.

In order to achieve this, you must go to the newly unlocked area on the right from the exit from Jack. Once there, kill all enemies. Now, go to the spot near the bell. A new passage has opened in front from the entrance to the clown. Defeat the maze tentacle (watch out, it can deal serious damage), preferably with ranged weapon, and collect the Chaos Rune. Take the item to the beginning of the level and use it to release the mouse from the cage. 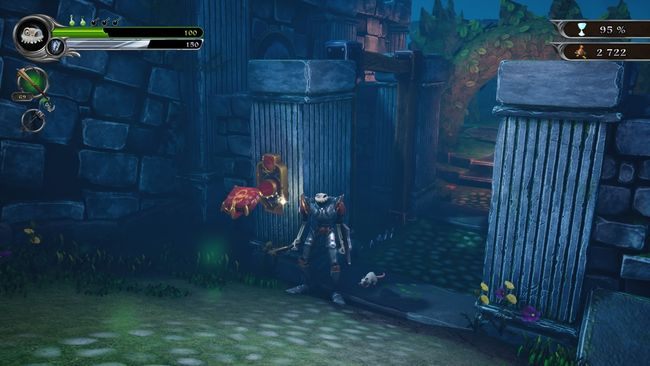 Now, you must lead the mouse to the hedge elephant while avoiding the cats. The cats cannot be killed, and if a cat scares the mouse, the mouse will run back to the cage, forcing you to start the operation from the beginning. Once you succeed, the frightened elephant will open the passage. Before you pass through it, go back to Green for another riddle. 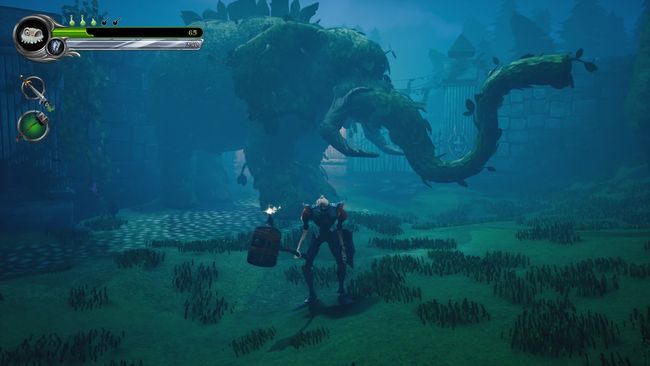 Fourth puzzle: Moving the rocks with the torches under the stained glass.

Go towards the passage opened by the elephant and kill all monks. Now, you should be able to collect the Chalice hidden behind the elephant. Keep going across this path. You can regenerate health through the fountain on your way. Then, jump into the hole. Move the three rocks with torches under the stained glass. Then, walk inside and jump to get back to the surface. Go to Jack. 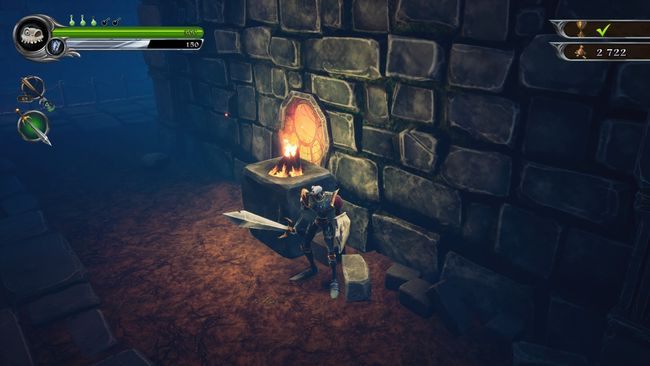 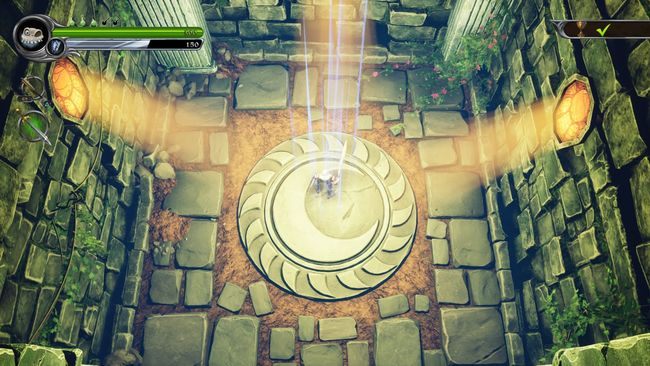 Fifth puzzle: Finding the exit from the maze (and beating the level.

Go to the place with the health fountain (the passage behind the elephant). This time, go to the right by destroying the hedge man (he can deal serious damage as well, so remember to use your shield). You will reach the chessboard. Your task is to hit the chess pieces in such way that they will stand on proper colors. The pieces are moving in the same directions as in actual chess:

The green bishop moves only diagonally.

The yellow tower moves only across a line.

The king (blue) and the queen (red) can move in any direction.

Once the riddle is solved, you can leave the level. 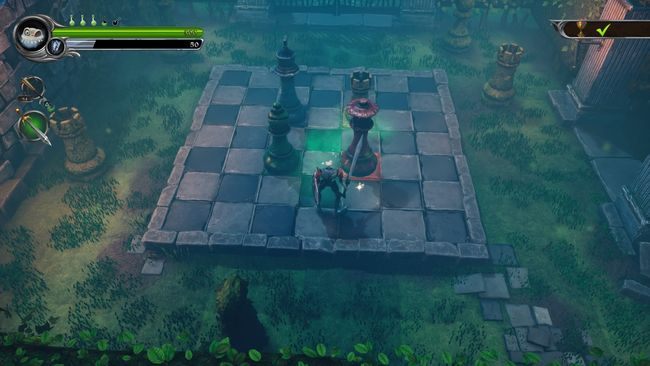