The following page of the guide for Medievil features a walkthrough for level The Pumpkin Serpent. Dan must fight the Pumpkin King and complete a favor for one of the witches.

In the beginning of the level, you will find a book to read. It will guide you what to do. Your objective is to destroy all seed bags. This will wake up the Pumpkin King. There are 9 bags. The first one can be found next to the book. Move forward. Destroy the pumpkins and another bag. Memorize this place. You should see a well with spiky roots. Once you defeat the boss, the roots will disappear and you will be able to enter the well and collect the Chalice. There is a book next to the well. Go left, to the cauldron with green mixture. Open the equipment and use the Witch Talisman. Watch the short cutscene and go to the next area. 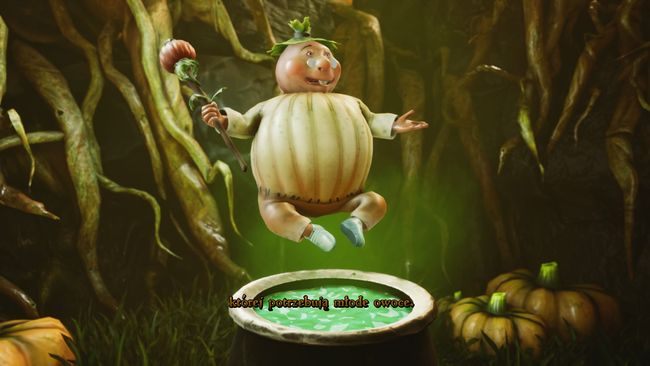 Remove the remaining bags and pumpkins in the area, but DON'T HIT the chests with the skulls - they will be very helpful during the boss fight. On the right side of the location, you will find a health fountain and a Silver Shield. They will also aid you in combat.

Important - this battle was completely changed and it differs from the one present in the original version of Medievil. Once the boss awakens, you must destroy its tentacles. Once you stun the enemy, use a ranged weapon to activate a skull chest. The chests will greatly wound the enemy. Repeat the sequence and then simply shoot at the enemy with crossbow or hit its head with a Broad Sword until you deplete his health bar. A short scene will start. It will show you that some of the seed bags were replenished and that the health of the boss is regenerating. Quickly destroy these bags and go back to the battlefield. Fight the boss as you fought him before and end the rule of the Pumpkin King. It is a very simple boss and you shouldn't have any trouble with defeating him. Killing him is awarded with the Pulp King Pumpkin trophy. 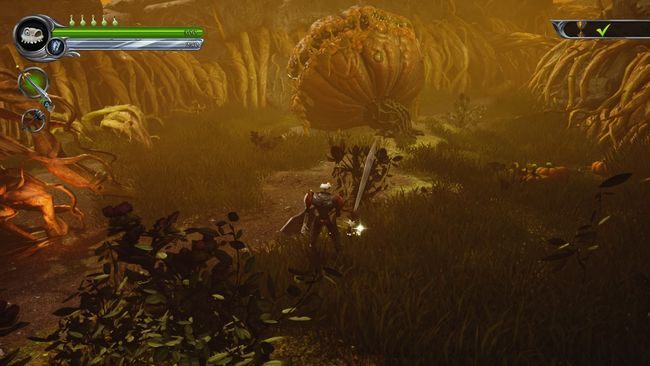 Now, you should be able to collect Chalice. Go to the above-mentioned well. Collect the items, make some shopping at the Gargoyle if you have to, and move forward. Go to the Pumpkin Witch (use the amulet on the cauldron). The witch will give you a Dragon Gem - this item is needed later in the game. You can leave the level and go to the Hall of Heroes. There, you will unlock access to the second floor and you will be able to choose which hero will receive your chalice.