This page in our guide to MediEvil has a walkthrough for Return to the Graveyard level. Fortesque defeated his first boss and got a Skull Key. Now he must return to the graveyard and use this key to open the huge gate. It won't be easy, because the exit from the graveyard is guarded by Guardians.

Recognize this place? Yes, this is the end portion of The Graveyard level. However, the water level has dropped significantly, allowing you to get to the secret. You have probably noticed the coffins in the water, near the bridge. Beware of the bridge, it will collapse as soon as you get on it! You have to jump on one of the coffins - you will be able to swim to the secret zone. There, you will find 5 chests, two Life Bottles and a book. Go back to the ditch and defeat the corpses. Jump on the shelf with the Merchant Gargoyle, pick up the bag with gold and a Silver Shield (it has 250 durability). 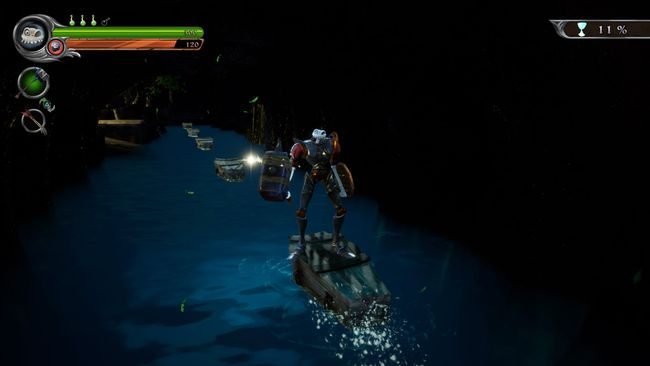 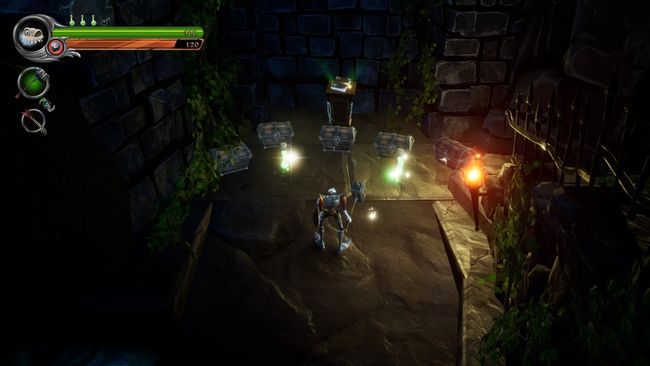 In addition, you can use the Hammer to get "That's Just Mean!" trophy. There are several severed hands in the area. Charge the Hammer by holding the circle and crush the hand. In addition to the trophy, you will also unlock an entry in the Book of Gallowmere.

Go to the gate, read the book and open the gate by using the key from the inventory menu. On the way you will come across a new kind of enemy - Wolves. Eliminate them and go towards the gate. Read the book located near the gate. Reach the top of the hill and pick up a Star Rune. You should also be able to notice a chest guarded by a zombie. Be careful not to fall into the water. Use the rune and go inside, you will see a locked chalice. Go to the right and kill headless zombies. Go to the blue lights and jump. Move the boulders to throw them into the water. Go back to the chalice. Then, go left and repeat the sequence. Carefully jump on the boulders to get to the health fountain. If you don't have enough crossbow bolts, it is worth buying them before the fight. 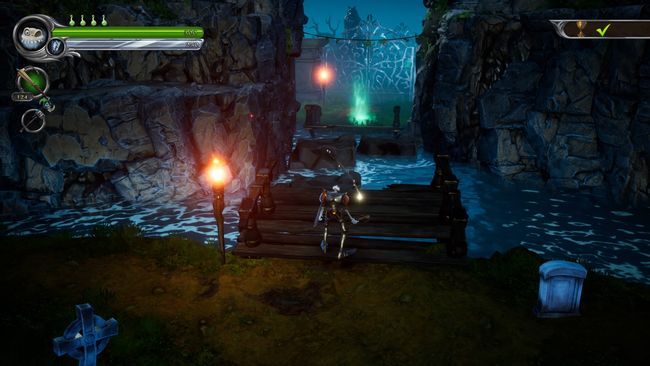 Time to fight with the next boss - Guardians of the Graveyard.

Note - This fight is significantly different from the one found in the 1998 original. It was almost completely remade.

Wait until the wolf starts attacking you. When it rushes to attack you, it becomes vulnerable to attacks. We recommend using a crossbow and a spin attack with your sword. When the boss loses about 1/3 of the health bar, the two wolves will start attacking simultaneously. Repeat this sequence until the boss's health bar drops to zero. 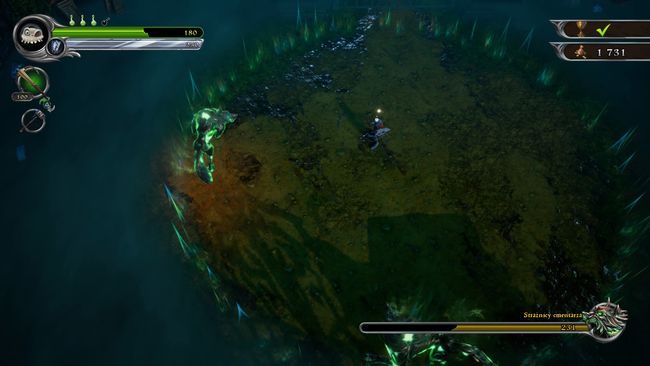 After defeating the Guardians, you will receive a new ability - Daring Dash (activated by pressing R1). You also unlock a new trophy - "Wolfsbane". If you lost a lot of health after this fight, you can go back to the health fountain and restore it. Remember to speak to the Gargoyle on the left before you leave the location. 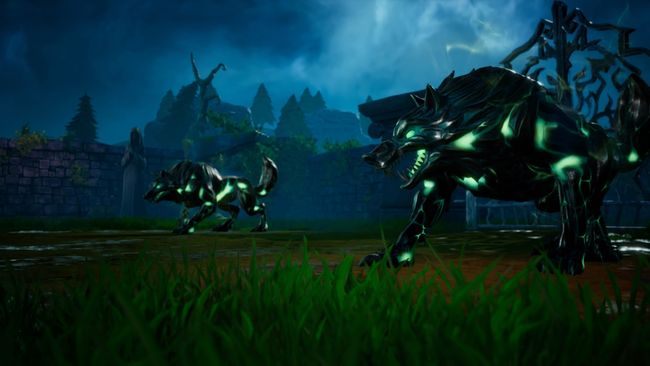