This page in our guide to MediEvil has a walkthrough for Hilltop Mausoleum level. After climbing the hill and smashing boulders created by Zarok's minions, Sir Daniel Fortesque enters the dark Mausoleum to defeat the Stained Glass Demon and retrieve his key.

Read the book on the left. After that, move forward and kill a few imps. Use a Club to smash the rest of the tombstones - in some, you will find bags of gold and an Energy Vial. The highlighted tombstone will take you to the further part of the level. If you break your Club, you can find another one right across the room, next to the room with stained glass. 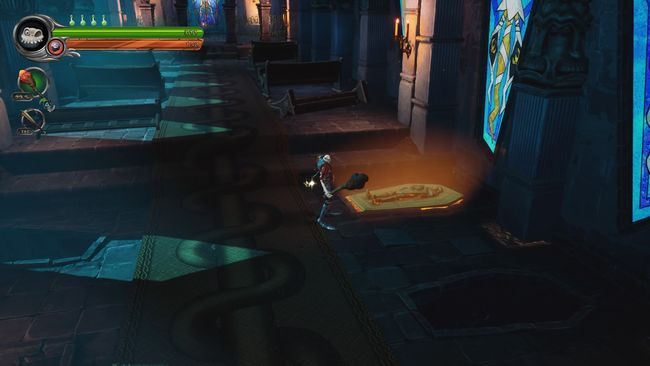 Jump into the highlighted tombstone and read the book. Break the stained glass and deal with the imps. Watch out for imp thieves. They can steal your currently equipped weapon and run away with it. Kill these imps (preferably with a Crossbow) before they escape to their home - otherwise, you will lose your weapon. If you lost a weapon, you can buy it from a Merchant Gargoyle for a considerable sum. Kill an imp thief who has your weapon to get "Gimme That Back!" trophy. Break the red stained glass on the left and remove the spikes by using a Club. Collect the Earth Rune and immediately run out of this room - the floor will collapse. Now, go straight (you will go right later) and use the rune. 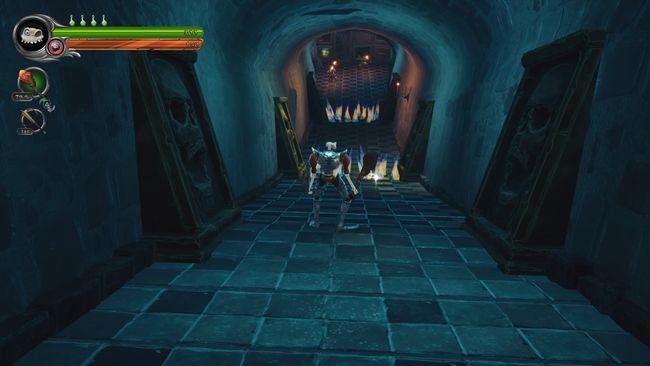 Deal with imps, collect bags with gold and read the book. Climb the stairs, kill more imps and heal at the fountain. Go to the main hall with the Stained Glass Demon and collect the Moon Rune. Now go right into the hall with the Phantom of the Opera, collect the vials, a Chaos Rune and read the book. Go back to the beginning of the level and jump into the highlighted tombstone again. Break the stained glass on the right, use the Moon Rune, defeat the imps and pick up the Sheet Music.

ATTENTION! Go back to the room with the Phantom of the Opera and give him the Sheet Music (press the touchpad to open the inventory, find the sheet and press X), and he will open the wall. Behind it, you will find a chalice and three chests of gold. Don't use the Chaos Rune before you do this and don't set fire to the heart, because you won't be able to collect the chalice! 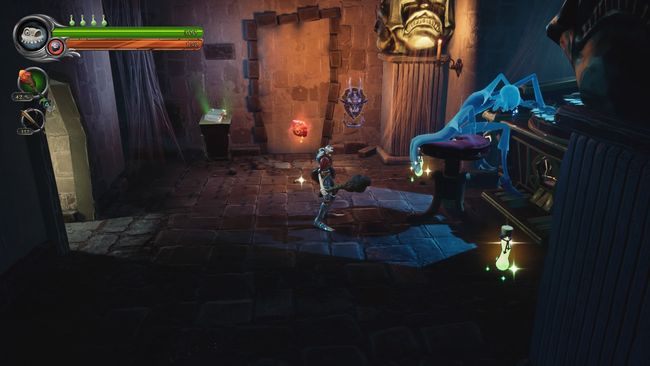 Now go use the Chaos Rune and move the block with the torch on the designated path. Also, remember to pick up Throwing Daggers and a Copper Shield. You will now battle with the first boss - Stained Glass Demon.

Avoid his attacks and wait for the moment when he charges his heart. When he does that, shoot the heart with a Crossbow. Repeat this sequence several times, and the Stained Glass Demon will crumble to pieces. He has a few attacks. He can throw shards of stained glass at you - jump to avoid it. He can also jump on you, so be on the move. When he jumps to the middle of the arena, it means that he is about to charge his heart to attack - he can use one out of the three moves. The first attack makes him shoot shards of stained glass. The second traps Dan in a crystal - keep jumping to free yourself. The third attack is a huge force field that can only be deflected with a shield. 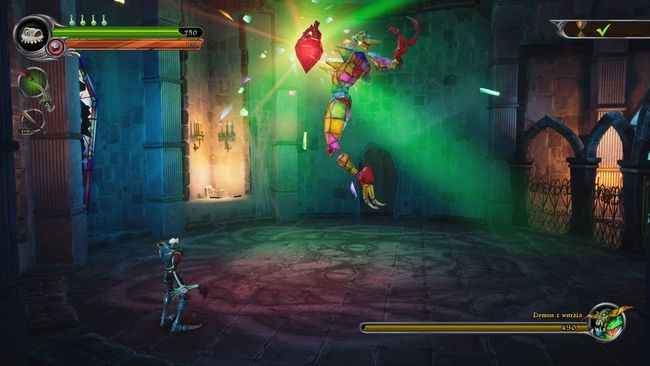 After defeating the boss, pick up the Skull Key and leave the level. After killing a boss, you will get "A Paneful Demise" trophy. If you defeat him using only your arm, you will get a second trophy - "Not So Armless". 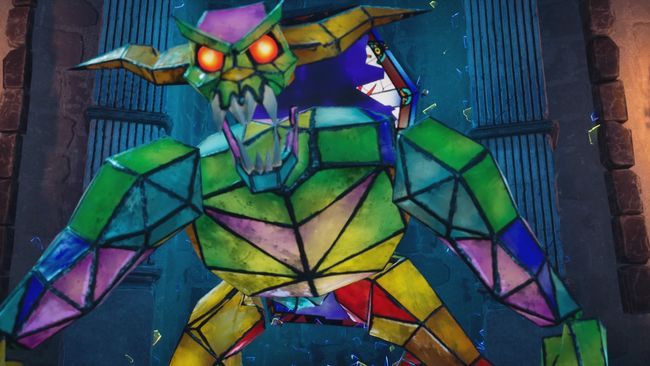