Sir Daniel Fortesque is back after 21 years! MediEvil (2019) is set in Gallowmere, where an evil wizard, Zarok, has put a curse on the inhabitants and resurrected the dead. Sir Daniel Fortesque gets a second chance to defeat the villain and, above all, prove his heroism. In this game, you have to explore cemetery, fields, magical places and more twisted locations such as a flying pirate ship. Passing through these locations, you will collect weapons, listen to the narrator's stories and gargoyles who help our hero in his task. MediEvil (2019) posiada polski dubbing, który w przypadku tej produkcji prezentuje sie swietnie. 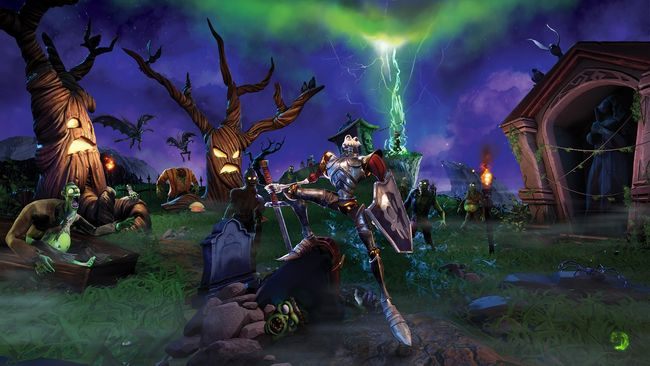 The remake of MediEvil has some new features:

From the very beginning of the game you should pay attention to:

This section is in progress. 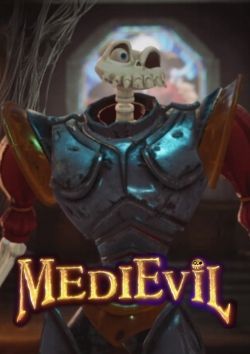 An adventure action title with hacknslash elements. The games protagonist is an undead knight who is trying to defend his kingdom against an evil sorcerer. This is a major remake of original MediEvil published on PlayStation in 1998.

Set in a fantasy world inspired by Tim Burtons works, MediEvil for PS4 is an adventure action title with hacknslash elements. The production, which was announced in December 2017 during the PlayStation Experience event, was developed by Sonys subsidiary studio. MediEvil is a major remake of the original game from 1998, released for the original PlayStation. The refreshed game offers new graphics and numerous improvements of the mechanics. The main hero  Sir Daniel Fortesque  is a sloppy skeleton who is trying to defend his kingdom Gallowmere from an evil sorcerer named Zarok.